To Challenge Modi, Rahul Gandhi Must First Put the Congress House in Order

It still remains to be seen whether the Gandhi scion can emerge as a formidable opponent to the ruling BJP and Prime Minister Modi. 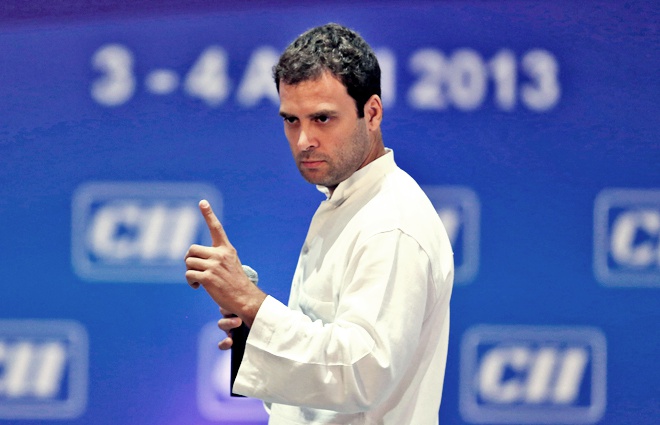 It’s not surprising that Rahul Gandhi will most likely be elevated to the position of Congress president next month. What, however, remains to be seen is whether he has the mettle to take on the challenge posed by Prime Minister Narendra Modi and whether he can turn out to be an effective adversary to Modi in the 2019 Lok Sabha polls.

As a political commentator put it, Rahul is a “child of entitlement”. He is set to inherit the family’s political legacy. Therefore, his elevation to the post of party chief comes as no surprise, much less as a shock. But doubt still hangs over his political acumen and ability.

Notwithstanding that Rahul is now making waves in poll-bound Gujarat, the question is whether the Gandhi scion has the dedication, determination and political depth to challenge Modi at the national level.

His party’s performance in the last Lok Sabha polls does not give much confidence in this regard. The Congress, as we are aware, performed abysmally in that critical election.

At the same time, much has changed in the political scenario since then. Politics has its own dynamic. The “aham brahmasmi (I am the creator)” style of working of the prime minister, as once described by Congress leader Jairam Ramesh, is proving to be discomfiting for Modi, particularly in the wake of the demonetisation project and the flawed implementation of the Goods and Services Tax. These factors have contributed to making Rahul Modi’s prime challenger.

Interestingly, constant ridicule heaped on the Congress vice-president by the prime minister and BJP leaders, coupled with social media trolling by Modi bhakts have brought out the fighter in Rahul.

India is always known to opt for the middle path, steering clear of political extremes. In the history of independent India, no prime minister has ever humiliated to this extent (both subtly and not so subtly) his chief detractor. Never in the past did we hear the ruling party vowing to get rid of the main opposition party. Every action has an equal and opposite reaction is what the laws of physics say. With less than 18 months left for the next Lok Sabha polls, Rahul appears to be reaping its benefit.

In the last two months, Rahul has gone all out, aggressively attacking the ruling BJP. His visit to the US starting with the interaction at the Berkley University showed he was ready to shed his earlier diffidence.

But Modi is no pushover. He is the first BJP leader to have brought his party to power at the Centre with an absolute majority. There is no match for Modi’s oratorical skills. During BJP’s journey in the political wilderness, his guru L. K. Advani often talked about the need for a “killer instinct” to succeed in politics. His disciple has embraced that lesson – and in the process sidelined his guru. 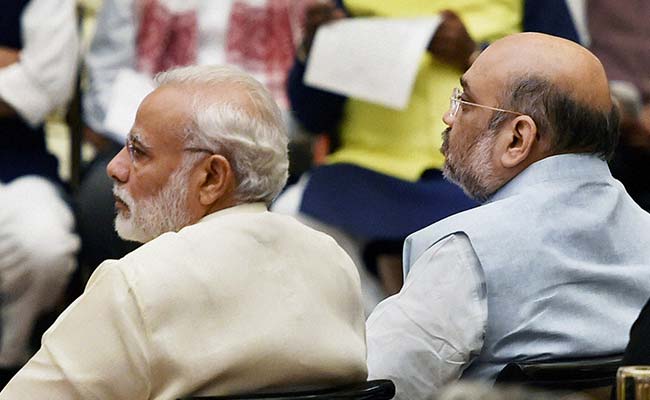 BJP chief Amit Shah presents a perfect foil to Modi. Shah’s booth-level management had done wonders for the BJP in Uttar Pradesh assembly polls. Determined to maintain his party’s upward electoral graph, Shah has declared his party’s aim to win 350 plus seats (out of a total of 543 in the Lok Sabha) in the next Lok Sabha polls.

Modi’s emergence as a top national leader has been hailed as the elevation of a ‘chaiwala’ in an entrenched established and elite order. Rahul’s ascension within the Congress, on the other hand, is derided. Rahul is shown to be a slow and somewhat reluctant learner in the school of politics. Even after 13 long years of apprenticeship, the Gandhi scion is found wanting in leadership. His detractors have derisively dubbed him as the “permanently waiting Congress president.”

Some senior Congress leaders in private have complained about Sonia Gandhi’s “blind love” for her son. They have regretted that the grand old party has to suffer Rahul’s leadership, if only because of his mother’s reluctance to ask her son to make way for a more suitable candidate for the top party post. Yet, none of these leaders has gone public with their criticism. And that speaks volumes about the hold the first family has on the Congress. The family which has given the party five presidents, starting from Motilal Nehru to Sonia.

The serious reservations about Rahul’s leadership which had begun to be aired following the Congress’ debacle in 2014, further deepened after the party suffered a string of electoral defeats in subsequent assembly polls.

Notwithstanding loyalists’ claims to the country, hardly anything has been done to build up the Congress organisation in the last three years when Rahul led the party as vice president and Sonia voluntarily took a backseat to facilitate her son’s political grooming. 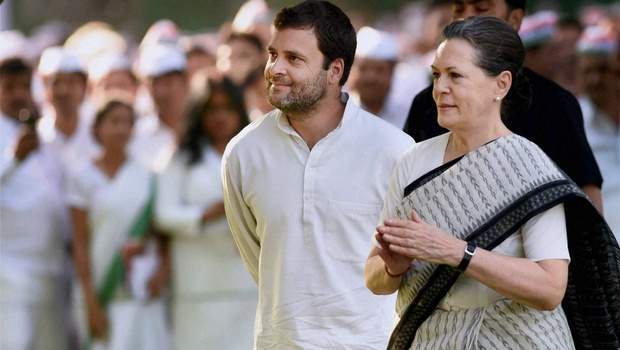 Over the last two decades, the Congress has passively watched its organisation break down in state after state. No doubt, organisational failure is where it is hurting the party most. It is a fact that though Sonia might have created a record by being at the helm of the party for nearly 20 years, these were also the years when the party organisation went to seed.

Her spin doctors may have tried to build a halo around Sonia, eulogising her ‘renunciantion’ of prime ministership when the Congress-led United Progressive Alliance (UPA) came to power in May 2004. But Sonia could not become Indira Gandhi, considered the strongest leader in independent India.

Also read: In Final Leg of Campaign in Gujarat, It’s Modi Versus Rahul

Alliance partners like Lalu Prasad Yadav of the Rashtriya Janata Dal, even as they paid obeisance to Sonia at the national level, ensured marginalisation of the Congress in Bihar, rendering it a “doormat” of a party, as a Congress general secretary described. Barring aberrant states like Kerala, the Congress virtually does not have a well-knit organisation anywhere else.

Congress is a party of practical people who believe in a ‘give and take’ attitude. If the leadership wanted the support of state leaders, they needed to have been given their due. But Rahul appears to have ruffled many feathers by appointing a number of his loyalists as state presidents, despite the fact that they were political lightweights. This led to inevitable friction in several states be it Haryana, Madhya Pradesh or Maharashtra.

In politics, the ability to keenly observe and understand the psychology of political adversaries constitutes a primary skill. Rahul completely failed to meet this challenge in the last Lok Sabha polls – he could not grapple with Modi and his tactics. The BJP used every trick in the trade to reach out to expand its sphere of influence and popularity.

It is an irony that despite being the ruling party then, Congress could neither anticipate the publicity blitzkrieg of Modi nor his novel use of latest technological techniques to connect to people. While Modi was ‘all things to all people’ in his political outreach, Rahul ended up being a publicity disaster.

Also read: The Congress Still Has a Long Way to Go

If Rahul has to rise to the occasion as Modi’s main challenger, he can resort to no shortcuts. He has to get down to the task of building the organisation and taking the seniors along while promoting the young to avoid sabotage from within the party.

During the UPA regime, Rahul kept his distance from the allies, upsetting many in the party. Even after Congress lost power, Rahul has made no effort to bridge this gap with his party colleagues. If Rahul can put up a credible fight in Gujarat, prospects will perhaps brighten for the Congress in Lok Sabha polls in 2019. But for that, Rahul needs to adopt a consistent strategy, given that Modi and Shah will put out all stops to repeat and even outflank their electoral triumph of 2014.