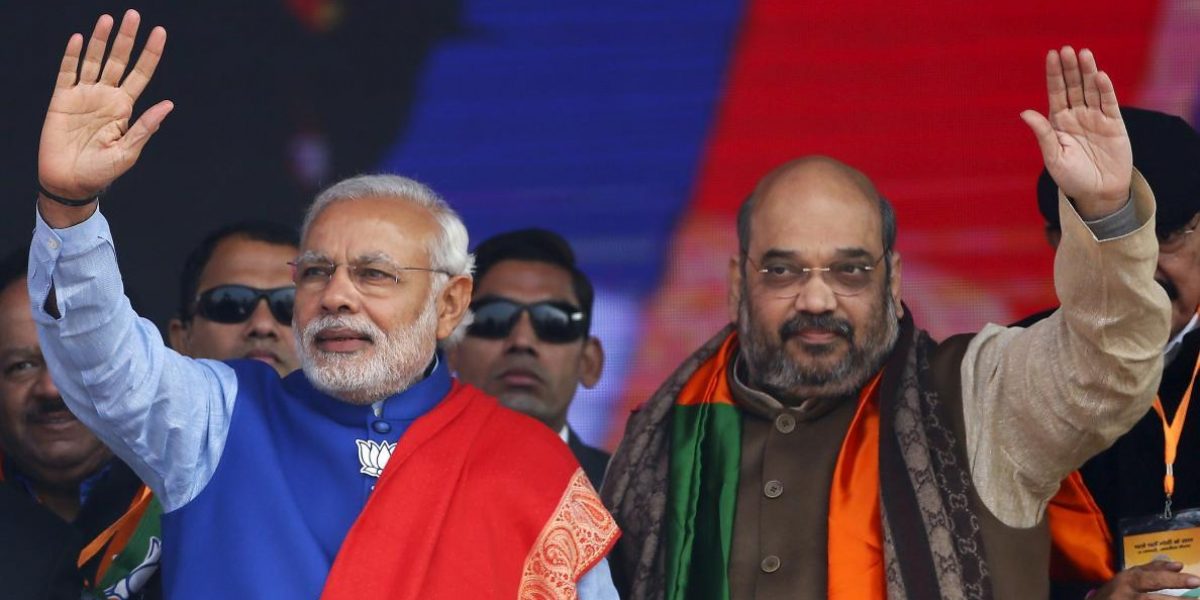 New Delhi: The Lokniti-CSDS-ABP news pre-poll survey released on November 8 threw up mixed dynamics in three crucial poll-bound states. Known to be the most methodological of all such surveys, it predicted that the Congress is well-placed to defeat its primary rival BJP only in Rajasthan. Despite a strong fatigue against the three-time BJP government, the grand-old party may struggle to find a way to victory in Madhya Pradesh and Chhattisgarh – the other two states where the survey was conducted.

The survey was conducted in the last week of October and utilised a multi-stage random sampling method. While in MP, 57 out of 230 seats going for polls were surveyed, 50 of the 200 constituencies were surveyed in Rajasthan. In both the states, more than 5,500 people were interviewed. In 30 of the 90 seats surveyed in Chhattisgarh, there were just over 3,000 respondents.

Also Read: With Anti-Incumbency in the Air, BJP Is Picking Its Candidates Carefully in MP

The survey found a strong anti-incumbency factor against the Vasundhara Raje government in Rajasthan, there is only a degree of fatigue among the electorate vis-a-vis Shivraj Singh Chouhan and Raman Singh in MP and Chhattisgarh.

The BJP’s decisive edge in Chhattisgarh, the survey says, is because of around the state’s triangular contest. The alliance between Ajit Jogi’s Janata Congress Chhattisgarh (JCC), Bahujan Samaj Party (BSP) and Communist Party of India (CPI) is predicted to corner 15% of the votes, mostly from the Congress’s traditional base.

The Congress’s decision to contest separately, despite the JCC and BSP willing to form a larger anti-BJP front, could boomerang. 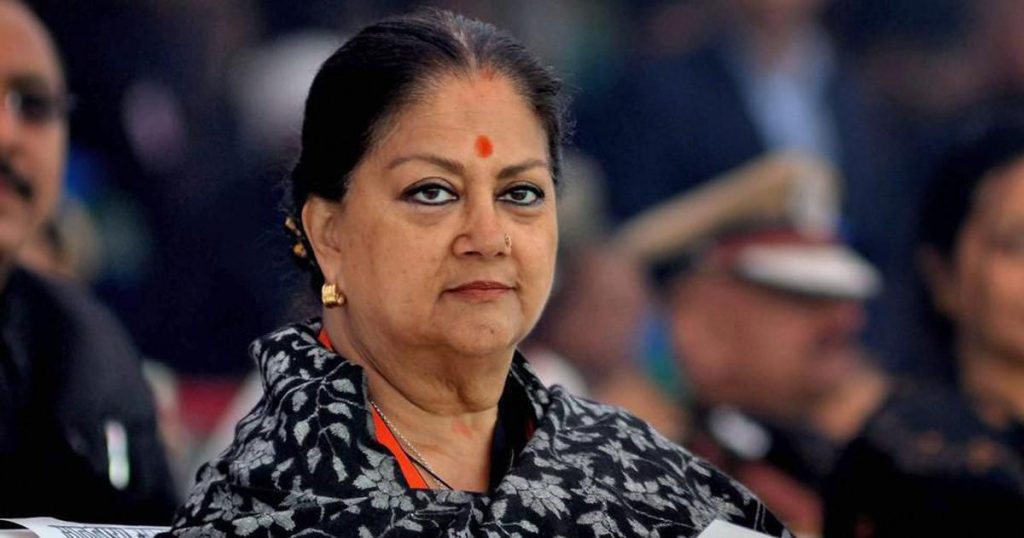 The Congress party’s consistent focus on agrarian distress over the past two years seems to have worked. The opinion poll finds that the party is likely to get a greater share of rural votes than the BJP in Rajasthan and Madhya Pradesh. Rural voters constitute 70% of the electorate in these states. However, in Chhattisgarh, rural voters appear to be happy with the Raman Singh-led BJP government.

However, the survey makes an important distinction. While both the Congress and BJP enjoy similar support among land-owning farmers – a margin of not more than two or three percentage points between the two parties, the saffron party is losing the support of landless agricultural labourers.

The BJP will be reassured by the survey’s finding that the urban electorate still firmly support it.

A common finding that emerged from the survey is that most voters identified “unemployment and price rise” as the most important issue on which they will vote. This indicates that the opposition campaign on the two issues against the Narendra Modi government may be working on ground.

“It must be pointed out that a very few respondents spontaneously identified emotive issues such as the Ayodhya dispute, cow protection, reservation, triple talaaq, SC-ST Act and the like as the most important election issues. They did so only when they were specifically asked separate questions about them, but not in their own volition,” the report notes.

Crucially, the survey did not find a direct correlation between welfare measures initiated by the state governments and voter preferences. “Merely 5 to 7% said that development and governance would be the most important election issue for them the coming state elections,” the report states. It added that the respondents “rated quite highly” the state government’s performance on governance-related matters like electricity supply, roads, health, education and so on.

The survey backed ground reports concluding that the anti-incumbency sentiment is strongest in Rajasthan. In Madhya Pradesh, the respondents were divided on the whether they wanted a different government. And in Chhattisgarh, the anti-incumbency, although substantial, might not see the end of the Raman Singh government.

Despite Modi’s popularity, the report indicates that the Centre no longer enjoys a corruption-free tag. Barring Rajasthan, a majority of people thought that the Union government was corrupt.

However, what was interesting is the significantly large number of “undecided voters” in the last week of October, who could shift the results in either way. MP had the least number of such voters (12%). In Rajasthan, 22% of the voters were undecided and 26% in Chhattisgarh, large enough to swing the polls.

The survey notes that allegations of corruption against the state and Union government by the Congress does not resonate among voters despite their awareness of such controversies. “Across all the three states, two in every five voters were found to be aware of the PNB/Nirav Modi scam and over one in every three about the Rafale aircraft controversy. However, interestingly, this growing awareness about corruption allegations is not making too many voters view the Narendra Modi government as being ‘very corrupt’. Moreover, the alleged scandals do not seem to have hand any negative effect on prime minister Narendra Modi’s personal popularity,” the report says.

The survey added added that Modi’s popularity continued to remain high. In fact, he is most liked in Rajasthan, despite the high anti-incumbency. It is the only state where Modi’s popularity soared above the 50% mark, followed by Chhattisgarh (48%) and Madhya Pradesh (39%).

In Madhya Pradesh, Rahul Gandhi is more liked than Modi. Congress leader Jyotiraditya Scindia and chief minister Shivraj Singh Chouhan too were preferred over Modi in the state.

Despite Modi’s popularity, the report indicates that the Centre no longer enjoys a corruption-free tag. Barring Rajasthan, a majority of people thought that the Union government was corrupt.

Also Read: From ‘Pappu’ and ‘Mama’, the Rise of Shivraj Singh Chouhan in Madhya Pradesh

This indicates that the BJP will have to rely on the prime minister’s campaign to tide over the strong anti-incumbency sentiment.

In MP, the polls, although a close contest between the two parties, is likely to be impacted strongly by agitation against the SC/ST Act. Groups like SAPAKS have been protesting against the Modi government for restoring the provisions of the Act that protects Dalits and Adivasis. The Supreme Court had diluted certain provisions of the Act earlier this year, but the Centre passed a law in the parliament reinstating them.

The survey also found that identity-based parties like the Jai Adivasi Yuva Shakti (JAYS) could be a swinger in many constituencies. The report says that the parties like JAYS will most likely garner support from the Congress’s traditional voter base. The Congress fielding the JAYS founder Hiralal Alawa on its own ticket assumes significance in this regard. The BJP might have to rely on Prime Minister Narendra Modi’s popularity to win the state elections. Credit: PTI

Chouhan, the report states, was found to be the most popular leader in the state, giving the BJP an important edge over the Congress. But that Jyotiraditya Scindia follows him closely in popularity will make the state elections close. Congress’s decision not to announce him as the chief ministerial candidate and the perceived factionalism between him and Kamal Nath may impact the party’s prospects.

Similarly, in Rajasthan the sole factor against the BJP is the unpopularity of CM Raje and not a preference for the Congress. Curiously, a large number of respondents were happy about benefits they received because of the welfare schemes the Raje government introduced. Two schemes stood out – Bhamashah Swasthya Bima Yojana (cashless treatment in hospitals) and Annapurna Rasoi (Meals at subsidised rates).

However, the unhappiness with Raje’s leadership is so high that the Congress leader Ashok Gehlot emerged as the most popular CM candidate. He is also the most liked Congress leader among the BJP supporters.

In Chhattisgarh, no one in the Congress even comes close to Raman Singh’s popularity. While 40% respondents preferred him as the chief minister, Ajit Jogi of JCC is a distant second at 20%. Bhupesh Baghel, the PCC president, is in the third position with only 14% people opting for him. 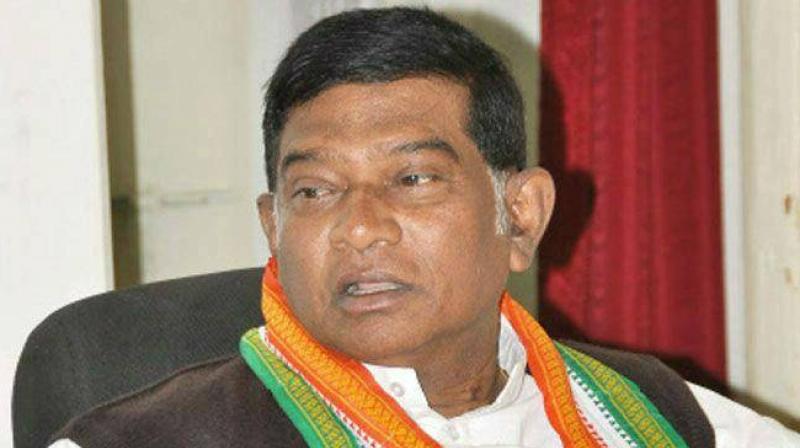 The factionalism within the Congress and the Jogi-led third front seems to be hurting the party. The report shows that one in six traditional Congress voters is planning to vote for the Jogi-led alliance. “The survey also found that Ajit Jogi’s alliance to be cornering a sizeable chunk of anti-incumbency vote which have otherwise in all likelihood gone to the Congress. One in every five voters who said that they do not want the BJP government to get another chance is planning to vote for the JCC-BSP alliance,” the survey said.

With such factors in mind, the two primary rivals would look to play upon its strengths and, more importantly, swing the substantial number of undecided voters in its favour.