Rahul Gandhi has said that politicians joining the Congress from other parties will be welcomed, but they will not be made candidates. 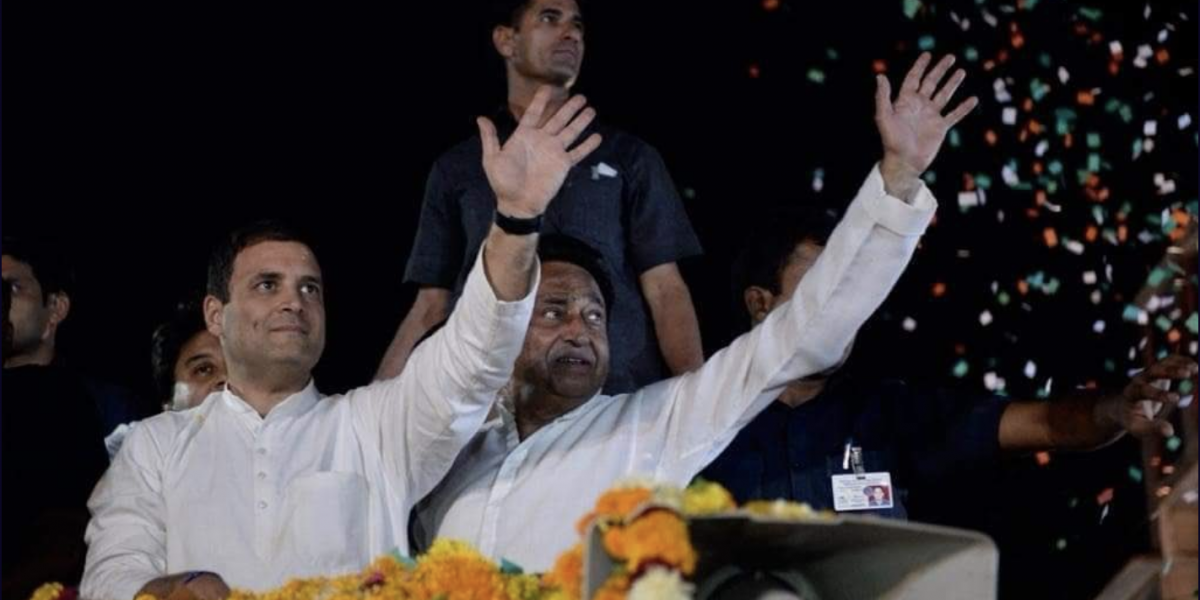 Bhopal: An accused in the multi-layered Madhya Pradesh Professional Examination Board or Vyapam scam, which has dominated headlines in for years now, and a sand mining baron have joined the Congress party ahead of the assembly elections in Madhya Pradesh.

Surprisingly, both joined the party in the presence of Congress president Rahul Gandhi – who was on a two-day tour in the Bharatiya Janata Party-dominated Malwa-Nimar region – in Indore on Tuesday.

According to Congress state spokesman Durgesh Sharma, “On Tuesday morning, Rahul Gandhi was in Indore, where BJP MLA Sanjay Sharma from the Tendukheda area, Kamlapat Arya from the Chambal area and Kirar Samaaj leader Gulab Singh Kirar joined the Congress.”

Kirar is accused of helping his son fraudulently crack the pre-PG medical test in 2011, and an FIR against the Kirars is registered at the Jhansi road police station in Gwalior district. Later, after the Central Bureau of Investigation took over the investigation, the agency in July 2015 registered three FIRs in the Vyapam scam. The CBI has named 21 candidates in the FIR in connection with the PMT Test 2010, and eight in the second case related to the Pre-PG examination of 2011, which includes Kirar and his son Shakti Singh Kirar.

Another important thing about Kirar is that he is the national president of the organisation which represents the Kirar community.

When a section of Congress party leaders expressed disagreement with Kirar joining the party, Shobha Oza, media-in-charge of the Madhya Pradesh Congress, removed the announcement post from the party’s official Twitter account and said Kirar had not joined the party.

Sanjay Sharma, sitting two-time BJP MLA from Tendukheda seat in Narsinghpur district, was also honoured by Rahul Gandhi. Sharma is the third-richest legislator in Madhya Pradesh at the moment, with assets worth Rs 65 crore,  according to the declaration he made before the 2013 assembly elections, Rolly Shivhare of the Association for Democratic Reforms told The Wire.

More than a year ago, during Madhya Pradesh chief minister Shivraj Singh Chouhan’s Narmada Sewa Yatra, Congress MLA Jeetu Patwari had alleged that Chouhan’s relatives and the kin of other BJP office-bearers carrying out the Narmada Seva Yatra were involved in legal and illegal mining.

One of the BJP leaders the Congress had named then is MLA Sanjay Sharma. His firm, Sharma Constructions, is involved in sand mining, Patwari had said at a press conference in Bhopal in February 2017.

During his visit to Madhya Pradesh in September, Congress president Rahul Gandhi has categorically maintained that politicians joining the Congress from other parties will be welcomed, but they will not be made candidates.

“Those who joined the Congress from other parties will not be given a ticket. We welcome them, but they will not be made candidates,” Rahul told a press conference.

The country’s central heartland is the Congress’s current focus, and the party’s first move is proving smart. It seems like the grand old political party has decided to welcome the popular names that are available for the picking.

The election for the 230 assembly seats in Madhya Pradesh will be held on November 28. Counting of votes will be done on December 11. The ruling BJP, which has been in power for the last 15 years, is to face the Congress in a direct fight in the state.