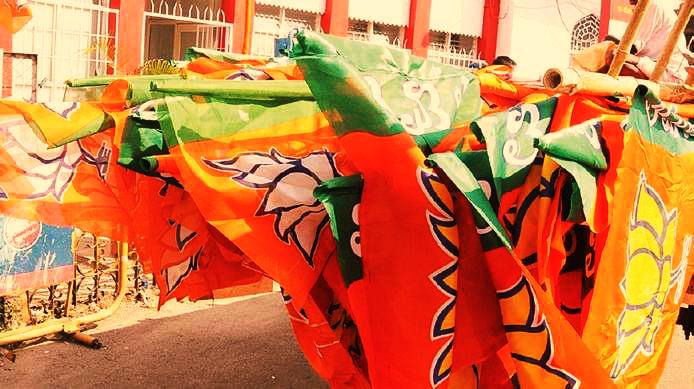 New Delhi: Seven national and 16 regional parties collected a total of Rs 1,503.21 crore during the five assembly elections held in 2017, with the ruling BJP emerging as the highest fund collector at Rs 1,214.46 crore, forming 92.4% of the total fund collected, according to analysis by the Association for Democratic Reforms (ADR).

The total expenditure by all national and regional parties on the five assembly elections in Uttar Pradesh, Punjab, Uttarakhand, Goa and Manipur in 2017, however, stood at Rs 494.36 crore, 56% of which was spent on publicity, including media advertisements.

“Among the national parties, BJP collected the maximum funds of Rs 1,214.46 crore which formed 92.4% of the total funds collected by the 7 National Parties at the Central and State levels for the 5 state Assembly elections,” ADR said in a release.

While the seven national parties, such as the Bharatiya Janata Party and Congress, collected the bulk  – Rs 1,314. 29 crore – and spent Rs 328.66 crore, the maximum amount of Rs 189.46 crore was spent on publicity.

The BJP central office collected 98.33% (Rs 1194.21 crore) of the total funds collected by the party, while its Goa unit collected the second highest amount of Rs 16.77 crore.

The Congress received Rs 62.09 crore from its state units, followed by Rs 0.61 crore received by the state units of Nationalist Congress Party and Rs 0.465 crore by the Communist Party of india (Marxist). Incidentallt, the Bahujan Samaj Party declared that the party collected no funds at all.

“The most preferred mode of collection was by cheque where the parties collected Rs 1,486.27 crore, which formed 98.87% of the total funds collected at the state and central levels,” said ADR, which has been working to ensure transparency in political funding.

Among the 16 regional parties, Shiv Sena collected the maximum funds of Rs 115.86 crore to contest in Goa, Punjab, UP and Uttarakhand, followed by Aam Aadmi Party, which collected second highest funds worth Rs 37.35 crore for contesting in Goa and Punjab state assembly elections.

“Despite contesting in 3 Assembly elections (Punjab, Uttar Pradesh and Uttarakhand), Shiv Sena declared that the party incurred no expenditure towards their election campaign in the states,” said ADR, which prepared the report after sourcing data from the Election Expenditure Statements submitted by political parties to the Election Commission of India.