Multiple, varied and blatantly contradictory strategies have bamboozled the opposition either into confusion, submission or blanking out and unable to create an alternate narrative. 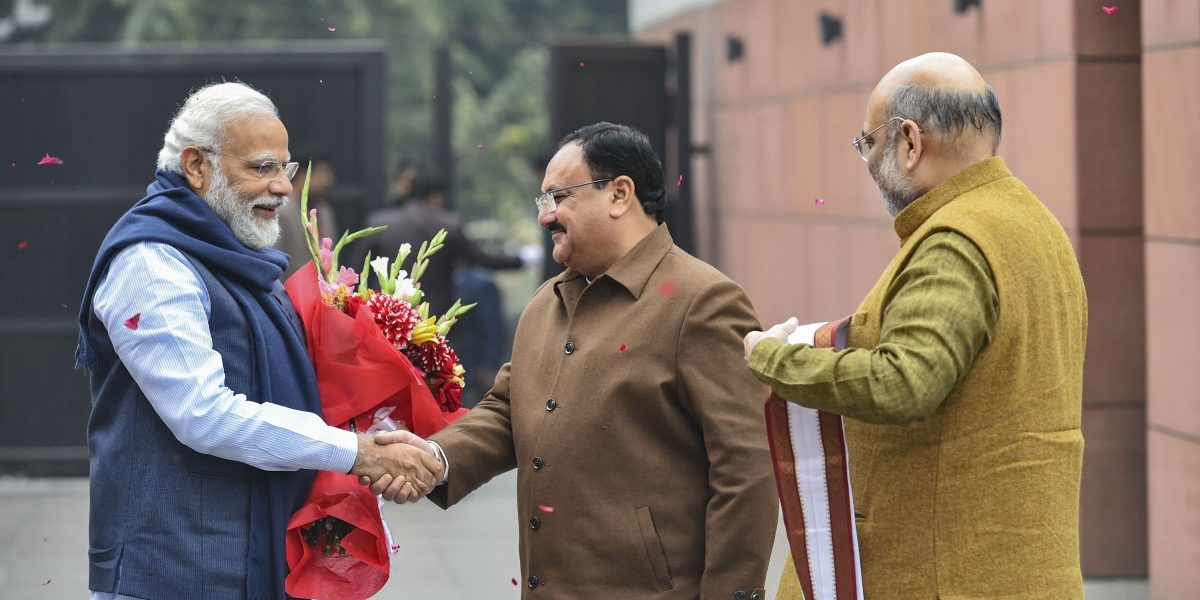 No other political party and government must have designed the number of strategies the current regime has in mustering an electoral majority and in trying to maintain social hegemony. It is a story of wheels-within-wheels. One strategy follows the other to cancel out the ill-effects of the previous one and then the next to cancel out its ill-effects in turn. It is a kind of carpet bombing of multiple, varied and blatantly contradictory strategies that has bamboozled the opposition either into confusion, submission or blanking out and unable to create an alternate narrative. By the time the opposition picks up the loose ends of the strategy of the BJP-RSS combine, they would have already moved on to many other agendas, programmes and propaganda. One strategy preempts the next and it is well-thought-out, even if it at times gives the impression of being contingent.

Carpet bombing of multiple strategies simultaneously is however not only to disarm the opposition but also comes out of the awareness that the BJP-RSS have to project a minority of committed supporters as the majority. There is only a numerical minority that is absolutely convinced of the current regime; the rest are either floating or confused.

The current regime is ending up antagonising a majority of the citizenry, beginning with students, Dalits, Muslims, women, and now the farmers. These electoral and social strategies are also intended to maintain support, even if they are opposed to the agenda and programmes of the current regime. It is not about convincing or building consent but about creating conditions that do not leave one with any other option, like in the case of Owaisi getting Muslim support – which only consolidates the Hindu vote bank. 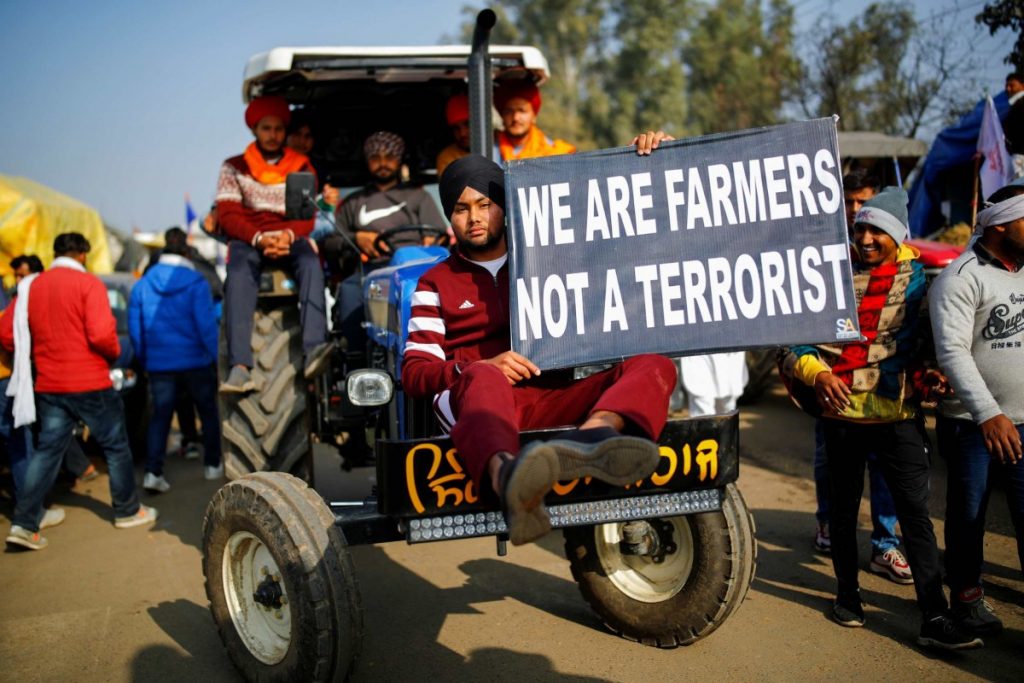 There are multiple and simultaneous strategies, some that are easily noted, some that might not be visible overtly. Telangana chief minister K. Chandrashekhar Rao recently took a U-turn on the farm laws and replaced the state health scheme Arogyasri with the Centre’s Ayushman Bharat. This may partly be out of the fear of the Enforcement Directorate and partly the fact that many such regional leaders do not enjoy continuous popularity. But the main reason is the transactional nature of politics. KCR’s decision will provide campaign material for the BJP to increase its footprint in the state.

To add to this, many governors are violating their constitutional mandate and have converted themselves into spokespersons of the BJP. The governors of Kerala, West Bengal and Maharashtra play this ‘exemplary’ role the best.

At another level, even as the use of the ED may give the optics of an anti-corruption drive, the BJP does not hesitate to including those accused and chargesheeted into the party fold, with the likes of Mukul Roy and Suvendu Adhikari joining the BJP in West Bengal and becoming its regional face. The saffron party is confident this won’t dent their public image, or even if it does, it would be cancelled out by other strategies that will follow their inclusion. It is well possible that the people do not see much difference between what the BJP does and what the regional parties themselves did in the past. At least, the BJP is deploying such strategies in ‘national interests’ or it might be seen as a necessary punishment of the regional elites and their ‘corrupt methods’.

Also Read: How the BJP Tried to Manipulate Public Opinion on Social Media in Favour of the CAA

Further, unpopular policies of the government are defended in a manner where one cannot pin the responsibility on any one person, even though power is centralised in the Prime Minister’s Office and the prime minister emphasises the need for anusandan. In order to defend the farm laws, we find the defence minister doing the public speaking. In the case of the Rafale deal, it is the environment minister Prakash Javdekar taking on the mantle; all this apart from the projected differences between the RSS and the BJP.

The RSS’s farmer’s organisation is critical of the farm laws but laments that nobody listens to it. But the RSS also claims to be strong enough to change the fate of the nation. When they claim to be both strong and weak, it keeps one guessing. Prime Minister Narendra Modi keeps changing his imagery, from a strongman with a swagger to suddenly donning the look of a sadhu and feeding peacocks. He could be in combat attire one day and that of ‘Gurudev’ Rabindranath Tagore the next. It unsettles our imagination about who he is, it keeps him protected from taking responsibility and such imageries borrow time to keep us patient and waiting in expectation. 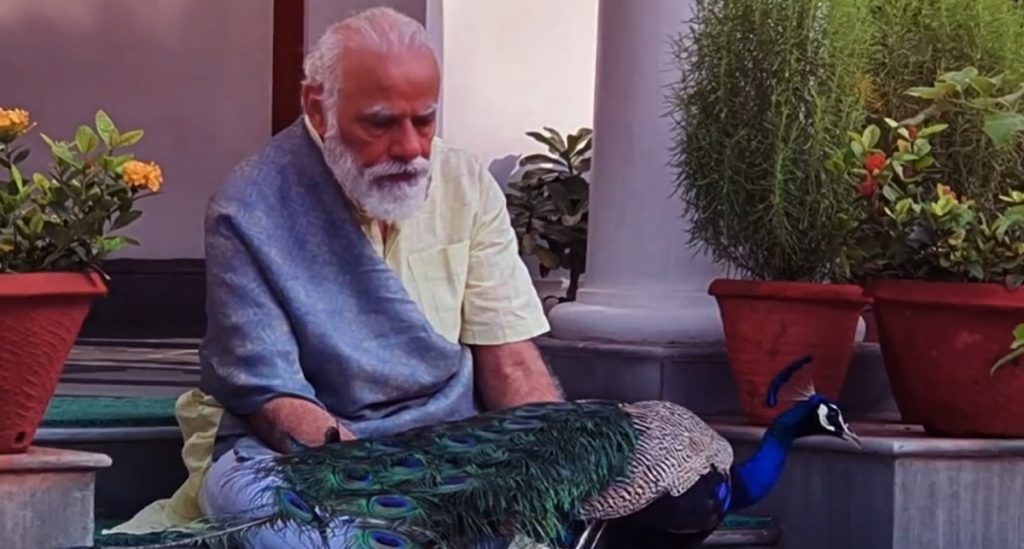 Alongside all this is the hardnosed planning and propaganda that includes the ruthless use of social media. For example, the gathering of minute information through various apps – including Aarogya Setu, Aadhaar – which are then used for meticulous planning with the household as the unit of analysis. This is partly getting reflected in the narrow margins of victory in Bihar and the GHMC elections in Hyderabad. This again, is apart from the money power mustered through electoral bonds and diverting public funds to PM-CARES, which we are now told is outside the purview of the RTI. Again why should this not go down as an instance of brazen corruption is not clear, even if it does, is it being offset by other follow-up strategies and narratives?

What this kind of sustained fragmentation through multiple strategies does is to realise that social consent is on the decline and electoral possibilities can only be won by fragmenting and disempowering those forces opposed to the current regime.

If such forces remain localised and fragmented, then the current regime assumes it can govern and win elections even with a numerical minority. The attempt, therefore, is no longer to gain the support of newer constituencies or even to enlarge its support base – while that can be pursued – but more about keeping those opposed fragmented. At the end of it, it seems to be an attempt to govern without popular consent, and a strategy to do whatever it takes.