Since the BJP's election drubbing last month, the state and central leadership have vanished from the scene. The series of meetings with Adhikari and the BJP high command that took place in the capital when the party’s state unit met for the first time since the BJP’s election defeat in Bengal begs the question: why the urgency?

While there isn’t any certain answer, the BJP’s Bengal unit is facing a massive organisational crisis; the party is virtually imploding.

A few days ago, the BJP’s state president and MP from Kharagpur, Dilip Ghosh was publicly heckled by his own party workers. On June 4, Ghosh went to Chunchura in Hooghly district to attend the party’s organisational meeting. While the meeting was underway, local workers agitated before the party office and raised slogans against Dilip Ghosh and the party leadership.

While Ghosh was leaving the office, workers went up to him and said, “We were beaten up. District president and leadership didn’t care to listen to us.” In a fit of anger, Ghosh replied by saying, “If you can’t face being beaten while staying in BJP, you can join TMC”. 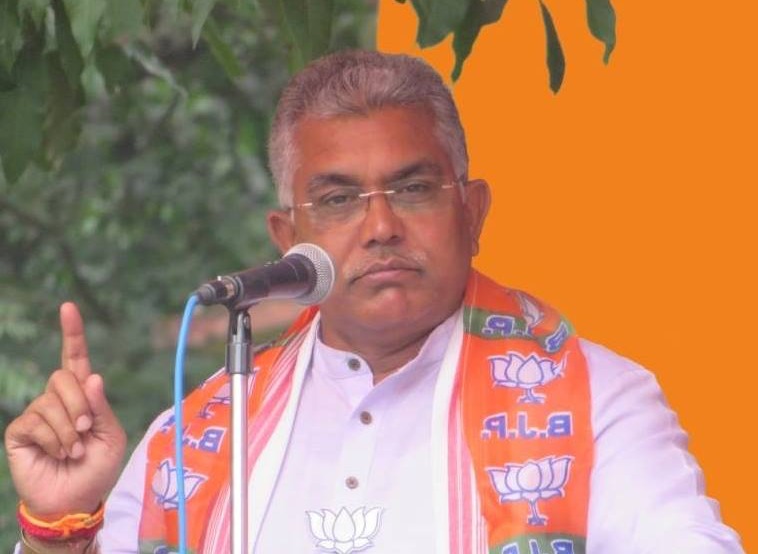 Local workers believe district president Goutam Chatterjee and state secretary Dipanjan Guha are solely responsible for the party’s loss in the district where the BJP managed to win only four of 18 seats. Party MP Locket Chatterjee who had contested the election from Chunchura lost by a margin of 18,417 votes.

On June 7 as well, in Asansol in the Paschim Bardhaman district, Ghosh had faced a similar situation. Party workers had staged protests when Ghosh arrived for an organisational meeting. After they raised questions regarding political violence in the aftermath of the election, Ghosh asked the rebel workers to leave the meeting. Party workers even locked the leaders inside for a while.

Party stalwart Paresh Sarnada said, “He (Dilip Ghosh) gave big monologues before the election. After the election, when party workers were attacked by TMC, not a single leader came to see us. All these state leaders then either switched off their phones or deliberately ignored our calls. If TMC people are thieves, these BJP people are mafia, that’s why the party lost in the election.”

Since the party’s election drubbing in Bengal, both the state and central leadership of BJP withdrew from public eye. BJP leaders reportedly remained aloof from workers during the post-poll violence, right after election results were declared on May 2, in which at least 10 BJP workers died and many were subjected to violence and atrocities by local TMC workers.

Veteran BJP leader and former governor of Tripura, Tathagata Roy had, at the time, lashed out at the state leadership and said, “Kailash-Dilip (Ghosh)-Shiv (Prakhash)-Arvind (Menon) (KDSA) foursome have dragged the names of our respected prime minister and home minister through mud and have sullied the name of the biggest political party in the world. Sitting atop Agarwal Bhavan of Hastings (West Bengal BJP’s election headquarters) and 7-star hotels, they have distributed tickets to incoming garbage from Trinamool…”

and 7-star hotels they have distributed tickets to incoming garbage from Trinamool. Now faced with abuse from party workers they’re staying put there,hoping the storm will blow over.
These people have heaped the worst possible insults on ideologically driven BJP workers and

The resentment is not confined to some particular area or district; across the state and on social media local BJP workers have been revolting against their leaders.

Can TMC turncoats return to the fold?

Former TMC leaders, MLAs who joined the BJP months before the state elections, like Amal Acharjee, Dipendu Biswas, Sonali Guha have already publicly stated that they wish to return to the TMC and have said, “They have committed a mistake and want Didi (Mamata) to pardon them”.

Guha, the four-time MLA from Satgachhia, shared a letter on social media which read, “The way a fish cannot stay out of the water, I will not be able to live without you, Didi. I seek your forgiveness and if you don’t forgive me, I won’t be able to live. Please allow me to come back, and spend the rest of my life with your blessings.”

Also read: Bengal Is Paying the Price for BJP’s Failure to ‘Conquer’ the State

High-profile turncoats like Rajib Banerjee, who served as the irrigation and forest minister in Mamata Banerjee’s last cabinet, have posted cryptic messages on social media. On Tuesday evening, Rajib tweeted, “In a bid to criticise the new CM who came to power with a huge mandate, people are rushing to Delhi and scaring [us with] Article 356 (President’s Rule). But the people of Bengal won’t accept this.” Banerjee lost from Domjur assembly seat by a margin of over 43,000 votes.

BJP national vice-president Mukul Roy’s son and former TMC MLA from Bijpur, Subhrangshu Roy on May 30, also wrote a cryptic message on social media saying, “Self-introspection required before criticising a government that has come to power with the people’s mandate.”

Roy’s mother, who is critically ill and admitted to a private hospital in Kolkata, was visited by TMC MP Abhishek Banerjee on June 3. Soon after, in an interview to a regional channel, Roy said, “I am touched by Abhishek’s gesture. With the result of the last election, he has become a national leader. Now, I understand who my real friend is. I made a mistake for which my mother is now suffering.”

Soon after Abhishek’s visit, the BJP state president hurriedly went to check on Roy’s mother. The next morning, PM Modi personally called Mukul Roy to check on his wife. Roy had maintained complete silence since election results had been declared. Right now, speculations are mounting about the next move of the man who was once Mamata Banerjee’s right hand.

On Tuesday, none of these leaders took part in the BJP’s organisational party at Hastings, Kolkata. Local media reported that when Mukul Roy was asked about the meeting and his participation, he said, “No one has invited or informed me about the BJP meeting today. Also, I am not interested anymore.” 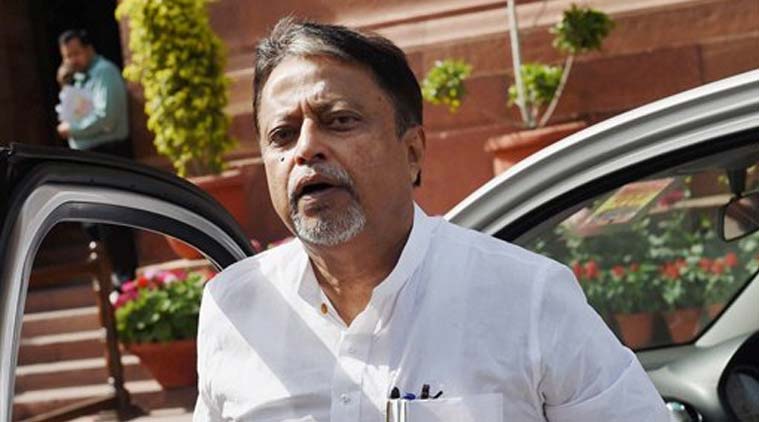 A source close to Roy told The Wire, “Mukul Da (Roy) has asked his associates spread in different districts, who joined BJP, to stop working for the party.” A local leader of Basirhat Uttar constituency, who had switched to the BJP from TMC after the 2019 Lok Sabha elections, and is a supporter of Roy said, “We got order from Dada (Mukul Roy) to not take part in any BJP programme. It’s very likely that he, along with many other senior leaders, will move back to TMC.”

While most media reports have only focused on highlighting the big names, departures from the party are most evident at the lower levels of the BJP.

After the assembly election results were announced on May 2, in fewer than 30 days, the TMC captured two-gram panchayats in BJP strongholds. A series of gram panchayat-level, panchayat samiti-level and zilla parishad-level leaders have also requested to join TMC.

Also read: Bengal Elections and Beyond: The BJP Can Be Defeated but the RSS Project Remains

In a major setback to the saffron party, the TMC has also taken control of the Bhetaguri I gram panchayat in Dinhata Block in Cooch Behar where the BJP won seven out of nine assembly seats.

Before the assembly election, BJP was controlling the board with nine out of ten members of the panchayat who were with the saffron brigade. After TMC’s landslide victory in the assembly polls, eight members returned to the TMC fold. The lone member of BJP in the 10-member gram panchayat is BJP MP from Cooch Behar Nisith Pramanik’s father-in-law.

A local BJP leader from the region on the condition of anonymity told The Wire, “This is a major setback for the party. I strongly believe this couldn’t have been done without Nisith’s (Pramanik) indulgence. We have information that he got in touch with some senior leader in TMC.”

The Wire reached out to Pramanik for a comment but no response has been received so far.

Speaking to The Wire, TMC’s block president of Gazole, Manik Prasad said, “We are happy that we took control of the panchayat board. BJP leaders of other panchayats are contemplating joining TMC. BJP will become zero in Malda.”

Eighteen Trinamool members of Malda’s Ratua I Panchayat Samiti joined the BJP just before the assembly polls. Now most of them are planning to return and have appealed to the TMC district president and Rajya Sabha MP, Mausam Benazir Noor.

The saffron party is now in a tight spot to retain control of the only Zilla Parishad it has in the state. The BJP also took control of the 37-member Malda Zilla Parishad after 14 of the 29 TMC members switched parties days before the polls. Now, members like Sarala Murmu and Doli Rani Mondal both want to return and have written to the TMC district president. Many others are likely to follow suit.

Also read: How Bengali Civil Society Stood up Against the BJP

After being elevated to the post of the national general secretary, Abhishek Banerjee, when asked about the future of turncoats at the press meet, said, “Not just turncoats, some BJP MLAs are also willing to join TMC. Party’s working committee has decided that chairperson Mamata will take a call on this.”

A senior MP from Trinamool, on condition of anonymity, told The Wire, “A section of leaders opined that the party should not take back any turncoat. They betrayed the party; they abused our leader, so no mercy should be shown. However, the final decision on this will be taken by the party.”