Even as the details on the seat-sharing arrangement are still awaited, BJP hopes to win over the Sikh community, disappointed with it over farm laws, by joining hands with Amarinder Singh.

Chandigarh: After days of negotiations disgruntled former Congress leader and two-time Punjab chief minister Captain Amarinder Singh on Friday, December 17, formally inked an alliance with the BJP ahead of the 2022 Punjab assembly elections.

Consequently, the upcoming polls in Punjab, for the first time, will see a four-cornered contest with the alliance of Punjab Lok Congress (Captain’s new party) and BJP jumping into the fray where Congress, SAD-BSP and AAP are already testing political waters.

Announcing the formalisation of the alliance, Singh after meeting Gajendra Singh Shekhawat, Union minister and BJP in-charge for Punjab, in Delhi tweeted, “Met union minister & @BJP4India incharge for Punjab, Shri @gssjodhpur in New Delhi today to chalk out future course of action ahead of the Punjab Vidhan Sabha elections. We have formally announced a seat adjustment with the BJP for the 2022 Punjab Vidhan Sabha elections.”

Speaking to presspersons after the meeting, Shekhawat said details of seat-sharing will be announced at an “appropriate time”.

With Singh by his side, Shekhawat said, ” Today, I want to make it clear that the BJP and Amarinder Singh will contest assembly elections in Punjab together, and we are working together.”

Exuding confidence Singh said, ”The alliance will definitely, 101%, win the elections. And winnability will be the main criterion in finalising seats.”

Strangely, the Punjab unit of BJP refused to react to the latest development. Punjab state BJP chief Ashwani Sharma told The Wire that he had no information about the alliance with BJP.

“My task is to prepare for the election in all 117 assembly seats in Punjab. If something comes to my knowledge, I will share the details,” he added.

Since he had a falling out with Congress in September, Singh has floated his own party, Punjab Lok Congress (PLC), and has been inducting several leaders from different political parties to strengthen the newly formed outfit.

In the last one year, the political situation in Punjab has changed significantly. While Shiromani Akali Dali (SAD) ended its 25-year alliance with the BJP over the farm laws, which now stand repealed, Amarinder Singh resigned to chief ministership following a revolt with the Congress party by a group of MLAs headed by Navjot Singh Sidhu.

For its part, SAD joined hands with Bahujan Samaj Party (BSP) after severing ties with BJP while Captain has decided to stitch an alliance with the BJP.

In effect, the state will now see a four-cornered contest in the upcoming elections among ruling Congress, SAD-BSP, AAP and BJP-PLC.

Meanwhile, rival parties have dubbed BJP and Captain’s alliance as a “marriage of convenience”. However, for BJP and Captain, the alliance comes with great promise, for both are fighting for political survival in the state.

Also read: What Does the Repeal of Farm Laws Mean for Punjab’s Assembly Elections Next Year?

Over the last year, the prospects of the BJP have taken a hit due to year-long farmers’ protests against the three farm laws. With farm laws now repealed, the BJP hopes to regain its lost political space in Punjab. 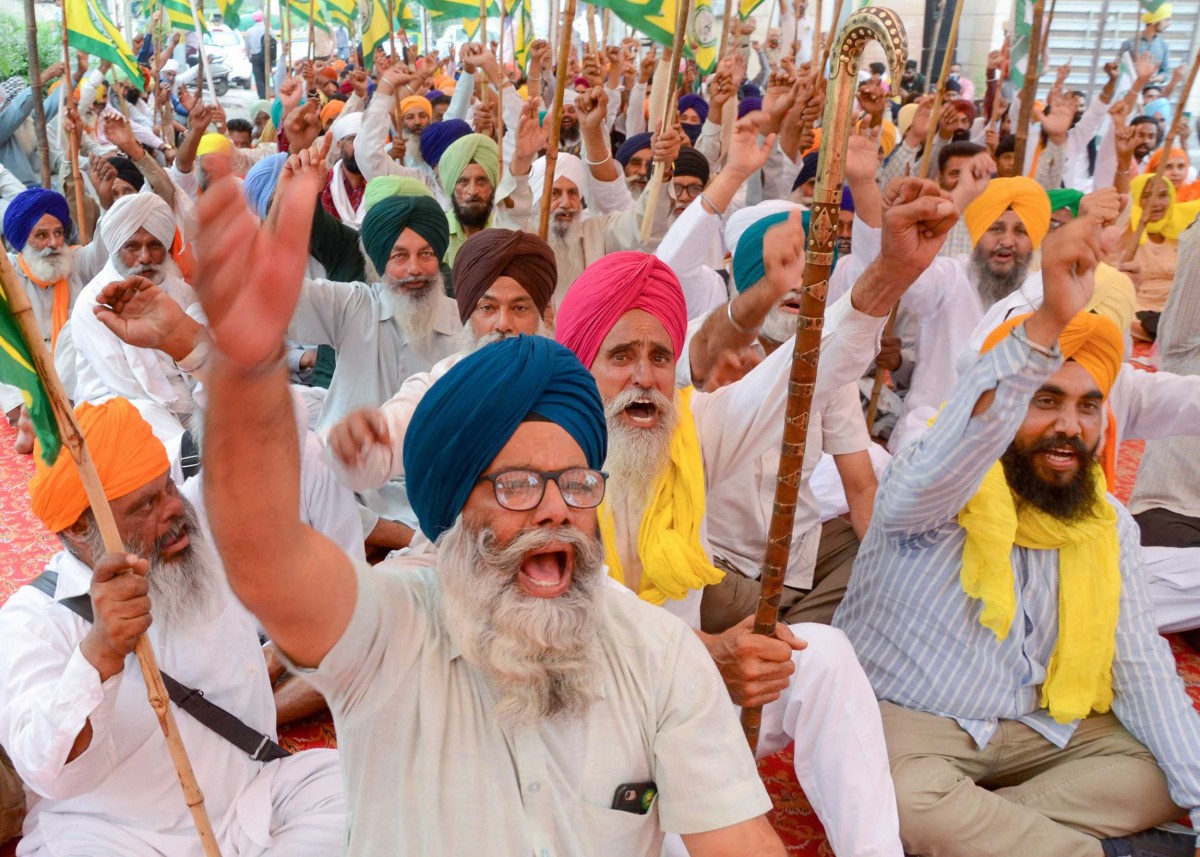 Ever since the repeal of the farm bills, BJP has been trying its best to assuage the Sikh community by taking a number of initiatives, including reopening of Kartarpur Corridor and bringing into its fold prominent Sikh faces.

It is against this backdrop, BJP aims to use the alliance with Amarinder Singh to reach out to the Sikh community, for he is one of the tallest Sikh leaders in the country at present.

From the BJP’s point of view, it makes for the right strategy given that the BJP has historically represented urban Hindus in Punjab and by joining hands with Singh it would be able to woo Sikh voters as well.

Singh, for his part, is also trying to bring an Akali faction headed by Sukhdev Singh Dhindsa in order to strengthen Sikh votes ahead of the election.

Whether or not this alliance will have a political impact can only be said after election results, however, political analysts from the state believe that it cannot be written off easily.

According to Ashutosh Kumar, a political analyst, Hindus in Punjab have a sizeable presence and they had played a large role in the victory of Congress, then headed by Singh, in the 2017 elections.

With BJP planning to field candidates in all seats where Hindus are in majority, Kumar says, it could swing elections to any side. To explain the same, he recalls that in the 2012 elections, the party floated by Manpreet Badal, cousin of Sukhbir Badal, had played spoilsport for Congress with just a 5% vote share.

“This time, both BJP and Amarinder are very much better capable of attracting votes from different communities. They have better resources too. Most importantly, BJP will harp on Prime Minister’s popularity too. Therefore the election in Punjab is going to be very interesting,” says Kumar.

According to political observers, Singh’s party could most likely fight from the Malwa region while BJP is expected to field candidates from segments where Hindus are in majority. In nearly 40 to 50 assembly segments out of 117, Hindus, including Dalit Hindu voters, are in sizeable number.

“We will have more clarity about the possible impact of the alliance once both BJP and Amarinder Singh formally launch the campaign and provide seat-sharing details,” says Kumar.

He also adds that the agenda of both the alliance partners will also be a key factor in the upcoming elections, for which one has to wait for a few more weeks.

“How the alliance will handle the negative impact due to the farm laws will also be a key to the success of the alliance. Other parties will pin the blame with regard to the death of 700 farmers during the farm movement on the BJP. Captain will also be projected as an enemy of the state. He will also be targeted for his non-performance during the last four and half years as the chief minister,” says Kumar.