A Tale of Two Manorama Devis and Bihar’s Srijan Scam

Two Manorama Devis in Bihar proved adept at making pickles. While one would serve pickle to make ends meet, the other’s pickles would go on to build an empire worth a purported Rs 2,000 crore. 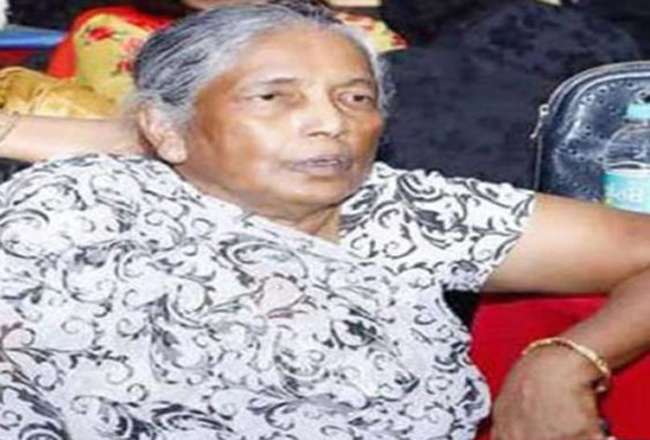 Manorama Devi, who has been chargesheeted in the Srijan Scam. Photo: Author provided

Patna: A week ago, Manorama Devi, the one-time seller of pickle and papad, was posthumously named in a chargesheet by the Central Bureau of Investigation (CBI), along with her son and daughter-in-law Amit and Rajni Priya Kumar. Another person who was named was K.P. Ramaiah, a former IAS officer and former member of Bihar chief minister Nitish Kumar’s ruling Janata Dal (United) [JD(U)] party, which expelled him. The four have been charged along with 57 others in connection with the alleged Rs 2,000 crore Srijan scam in Bihar. Ramaiah and the two Kumars are said to be absconding.

The incident revived childhood memories for me, as there are some striking coincidences between the main characters involved in the scam – and my family members. My 84-year-old mother is also named Manorama Devi and is also a maker of pickles. The late Manorama Devi’s husband was a teacher in Ranchi, like my father, who too was a teacher before he died in 1977. There are other similarities too: My pet name is Munna, and my wife’s name is Manju. Nitish Kumar’s pet name is also Munna and his late wife was also named Manju.

But that’s where the similarities end.

The pickles and papads made by the late Manorama Devi purportedly helped her leave behind a huge fortune, including palatial bungalows, apartments and land, for her children after her death in February 2017. The CBI’s raids at Manorama’s establishments in Bhagalpur, Ranchi and Delhi discovered properties worth hundreds of crores.

My mother Manorama Devi still lives in our modest home in our village, Daraili Mathia in Siwan district in west Bihar, along with my brothers and their families.

After her husband’s death, the late Manorama Devi and her children returned to Sabour in Bhagalpur where she had lived before getting married and began making and selling pickles and papad on a modest scale. In a short span of time, she met with some success and, finding immense potential in her venture, founded the NGO Srijan Mahila Vikas Samiti (SMVS) in 1996 that trained poor women in making these, and eventually other products. In less than a decade, SMVS became a multi-million rupee worth NGO and even set up its own bank to cater to its employees and others. The CBI alleges that the bank is illegal.

The late Manorama Devi had access to the chief minister ‘Munna’, whose government awarded her for both making good pickles and papad and helping other women learn to make these and other products through SMVS. Nitish felicitated her in Patna in 2009 and 2011. 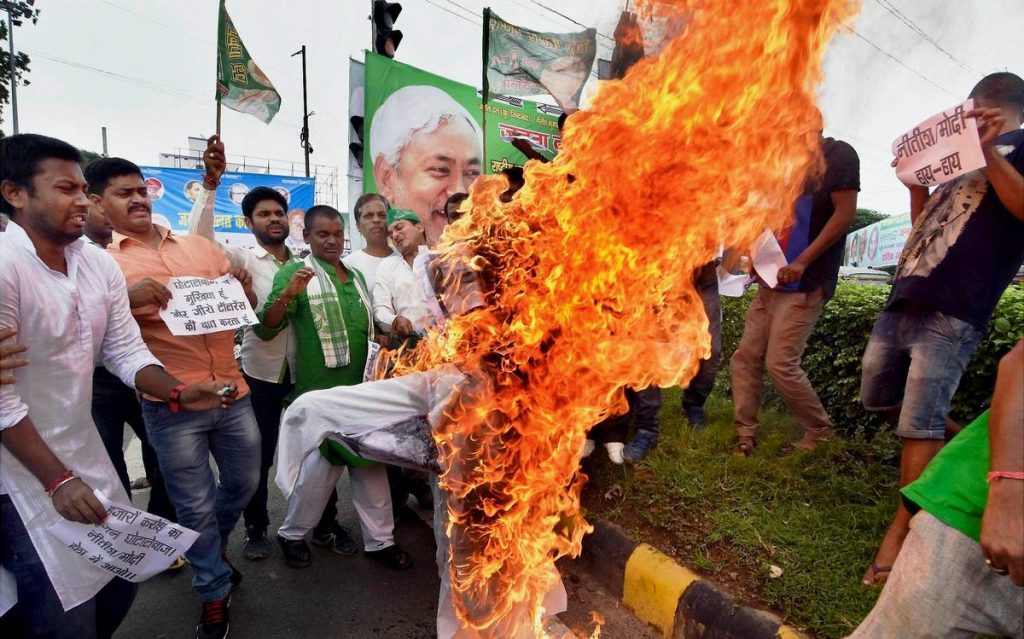 That the government was very ‘generous’ to her was evident from the fact that the then-Bhagalpur district magistrate Ramaiah is alleged to have allotted a huge amount of government land for the SMVS office in Sabour, and allegedly transferred crores of public money into its account. As many as six other district magistrates who succeeded Ramaiah in Bhagalpur kept transferring public funds to the SMVS account.

When the scam was unearthed in August 2017, Nitish Kumar at first appointed a state-level Special Investigation Team, but soon after recommended the CBI take over the investigation. The total amount misappropriated between 2005 and 2013, according to the CBI’s estimate, stands at around Rs 2,000 crore.

The closeness of the CM and his officers towards Manorama Devi was matched by his finance minister at the time the scam Sushil Kumar Modi, who is the present deputy CM. Current Union minister Giriraj Singh is also said to have been close to the woman. Both of them belong to the Bharatiya Janata Party (BJP), an ally of the JD(U) in the state and at the Centre. Modi and Singh visited Manorama Devi’s office and home in Bhagalpur twice or thrice. She loved giving glossily-wrapped gifts of pickles and papad to the ministers, district magistrates and other powerful functionaries who praised her and her NGO for helping poor women.

This was during the time when Nitish, in most public speeches, used to say he wished to see Bihar’s special food items on the plates of people in all the states of India and even the world, though he seldom mentioned Manorama Devi’s name.

The other Manorama Devi

Compared to the famous Manorama Devi rubbing shoulders with the high and mighty in the halls of power, my mother Manorama used to make pickles as a substitute for vegetables and dal on our plate after my father’s death. The only bread-winner in our family, his death left us in poverty.

When he was alive, he was fond of eating pickle and papad on the side, while the main meal consisted of dal, rice, fried brinjals, potato and cauliflower. After his death, my mother served us either rice with pickles or roti with pickles, as she couldn’t afford to cook the other dishes that we ate when my father was alive. Her mango, red chilli or amla (gooseberry) pickles would be a saving grace at several meals when she was raising us in the 1970s and 1980s.

My father used to buy papad from a bazaar nearby. My mother didn’t know how to make papad. She varied our food with jaggery-stuffed roti when we demanded tastier food. When we cried for fried brinjals and potatoes, she would shout at us to study well. “If you study, you will get a good job and then you can buy what you like to eat. You are still children. When you grow up, you can sow brinjal and cauliflower in our farm,” she would say. 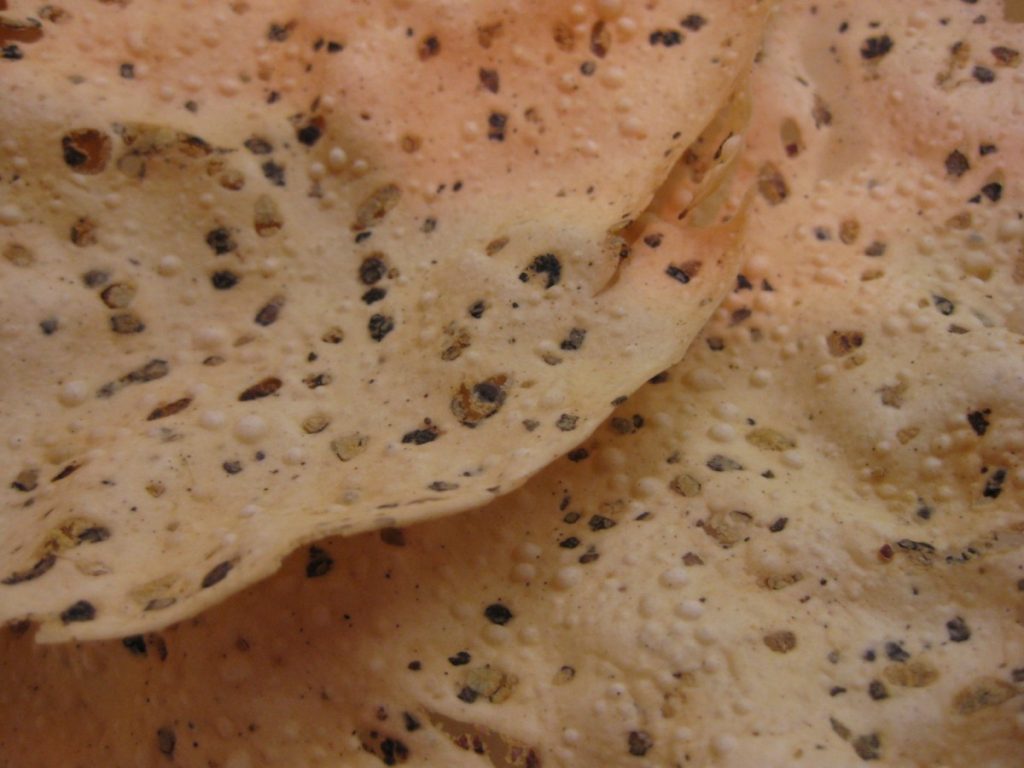 We had two tall mango trees in our backyard. In March, when the small mangoes started appearing, we would use our slingshots to try and bring them down, but our mother would prevent us from doing so till the seed inside the fruit was sufficiently stony and hard. Once the mangoes were ready, she would get us to pluck them. She chopped them into small pieces, washed them and spiced them with mustard oil, fennel and fenugreek seeds. The amla pickle was easier to make. She picked up the amlas that fell from the tree at our door, salted them and sunned them in a jar for a few days to mature.

Our mother Manorama found it relatively difficult to make stuffed red chilli pickle. We didn’t grow red chillies on our farm, so she would have to buy them along with a lot of mustard oil and other ingredients, at a time when money was very scarce, to make this pickle. She would make it sometime in March or April, removing the crown from the chillies and cleaning them. We would help her stuff the chillies using neem twigs.

My mother gave chilli, mango and amla pickles to our neighbours whenever they asked. She helped many young women, including my wife Manju, learn how to make pickles. But it never occurred to my mother that her pickles could give access to a district magistrate, minister or chief minister and help make an unimaginable fortune.

Nalin Verma is a senior journalist and co-author of Gopalganj to Raisina: My Political Journey, Lalu Prasad Yadav’s memoir, and author of The Greatest Folk Tales of Bihar.