Demand to Defer Assembly Polls in Bihar Gets Shriller

After NDA parter Janshakti Party echoed the demand made by the RJD, Nitish Kumar is increasingly isolated on the insistence to hold polls as COVID-19 cases continue to spike in the state.

Patna: The demand to defer the assembly elections in Bihar is getting shriller, with the Lok Janshakti Party (LJP) – a member of the National Democratic Alliance (NDA) – joining the Rashtriya Janata Dal (RJD) and Congress in clamouring for the polls to be postponed in the face of a steady rise in the cases of COVID-19 in the state.

The state has reported 709 fresh cases of the coronavirus infection in the past 24 hours since 8 am on Sunday, taking Bihar’s tally of confirmed cases to 15,373. This has forced the government to order a lockdown in Patna for a week, starting from July 10.

Many in the halls of power have also reported contracting the virus. The state’s legislative council chairman Awadhesh Narayan Singh and six of his family members reported positive for COVID-19, after which the legislature’s premises was sealed. As many as 60 staffers at the Bihar Chief Minister’s Office have also been infected. The cooperative department is among many other government establishments which have been sealed after cases were identified at the premises.

Close on the heels of the leader of opposition Tejashwi Yadav alleging that the Nitish Kumar government wants to hold elections despite “the havoc of the COVID-19”, LJP president Chirag Paswan has backed a move to defer the elections. He said, “The time is not conducive for holding the polls. The government should focus more on the suffering of the people”. The Congress’s spokesperson Premchand Mishra has repeatedly demanded the postponement of the polls.

The Bihar assembly completes its current tenure on November 19. As per constitutional provisions, the state will go under President’s Rule with the expiry of the house in the event of the postponement of the polls. Such a situation might be politically advantageous to the BJP as it can effectively call the shots from the Centre.

The Nitish Kumar-led Janata Dal United [JD(U)], which is the largest component of the ruling alliance, is increasingly getting isolated on the issue. Kumar does not seem to be keen on deferring the polls and is planning ahead for the campaign. He has constituted four party sub-committees with the intention to mobilise party cadres and supporters.

The JD(U)’s campaign will be around the theme of “15 years of Nitish’s rule versus 15 years of Lalu’s regime”. The party has decided to hold a virtually rally on August 6 to launch its election campaign. The committees, which are under the stewardship of the party’s general secretary and second in command R.C.P. Singh, are working with the cadre through video conferencing on a regular basis.

The BJP, however, doesn’t appear to be in as much haste as Nitish’s. The saffron party is trying to sound “politically correct” on the issue. Deputy chief minister Sushil Kumar Modi said, “The parties should leave the matter of holding elections on the wisdom of the Election Commission. We should abide by what the Election Commission eventually decides.” He, however, took a jab at the RJD’s demand, saying the party is presenting itself as a “weak student” who is “wary of facing exams”.

A senior BJP functionary, requesting anonymity, confided “We have a laddoo in both of our hands,” implying that any decision will favour the party. With the RJD-led opposition struggling to put its act together in the absence of Lalu Prasad, who is in jail, the BJP feels that the NDA has the upper hand in the elections. It will also gain more control over the state machinery to handle the elections in its own way in the event of President’s Rule being imposed.

Apparently, the party that is most anxious to have the polls in time is the JDU. In the event of the postponement of the polls, Nitish Kumar will not be chief minister and his party—out of power—might lose most of its bargaining power in the NDA. Perception has gained ground that Nitish has faltered on the handling of COVID-19 and his government has lost the tag of “honesty’ with the Srijan scam – the involving the swindling of about Rs 2,000 crore from the treasury – coming to the fore.

The JDU’s leadership is already suspicious about the BJP on the issue of Chirag Paswan. The junior Paswan has repeatedly been attacking Nitish – be it on the issue of his party’s share in the NDA or overall governance issues. Now, Chirag has joined the opposition’s chorus for the postponement of the polls. 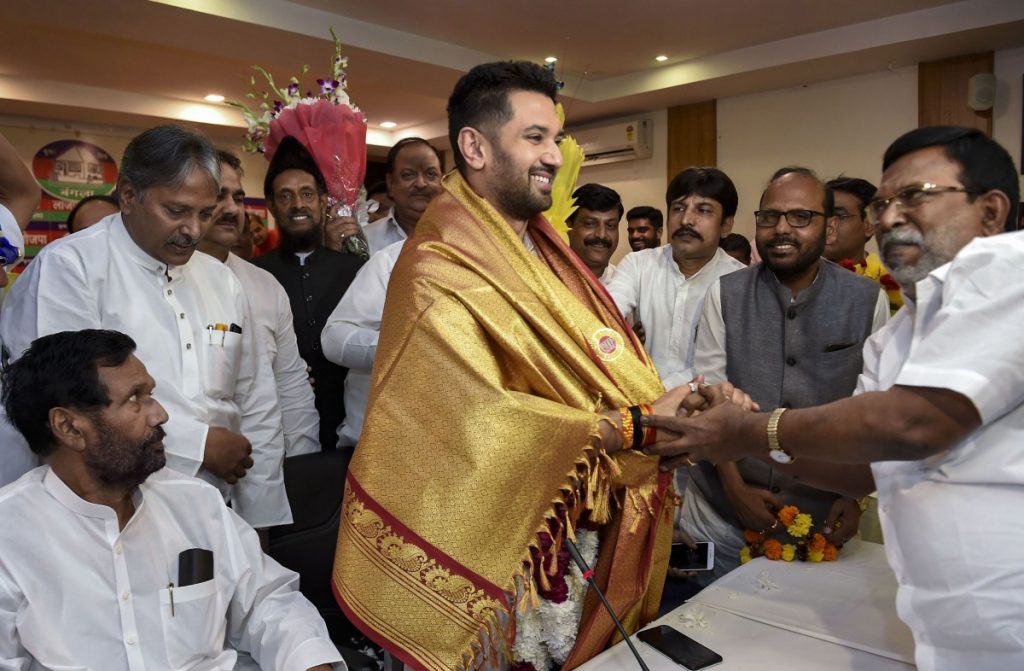 The BJP delegate a lesser-known MLC, Sanjay Paswan, to defend the chief minister. The MLC criticised Chirag’s statements and asserted that only a BJP-JDU combine is capable of winning the polls in Bihar. But no senior or authoritative functionary of the saffron party has, so far, spoken against Chirag’s tirade.

RJD’s national vice President Shivanand Tiwary said it would be “criminal” to even think of holding elections in the given scenario. “The Nitish government has decreased testing for COVID-19. The figure of more than 15,000 coronavirus patients is flawed. There are far more patients who can only be identified through testing. But the chief minister is focussing only on the election, abandoning his basic duty to take care of the people in distress.”

Election strategist Prashant Kishor, who was recently expelled from the JD(U), has also questioned Nitish on the issue of the COVID-19. “Nitish Kumar ji! It’s not the time to fight elections. It is time to fight COVID-19. The Corona situation in Bihar is getting worst like in many other states,” he said tersely.

On July 8, the Election Commission said that polls would take place on time in Bihar. But there is still substantial time for the EC to assess the situation and make a decision accordingly. The EC had notified the 2015 assembly elections on September 9, 2015. It is believed that the EC might take a final call on the elections by the end of August or the first week of September.