The resignation comes hours after RJD chief Tejashwi Yadav took to Twitter to unleash criticism against Nitish Kumar for having inducted Mewalal Choudhary, a 'tainted' MLA, into the cabinet. 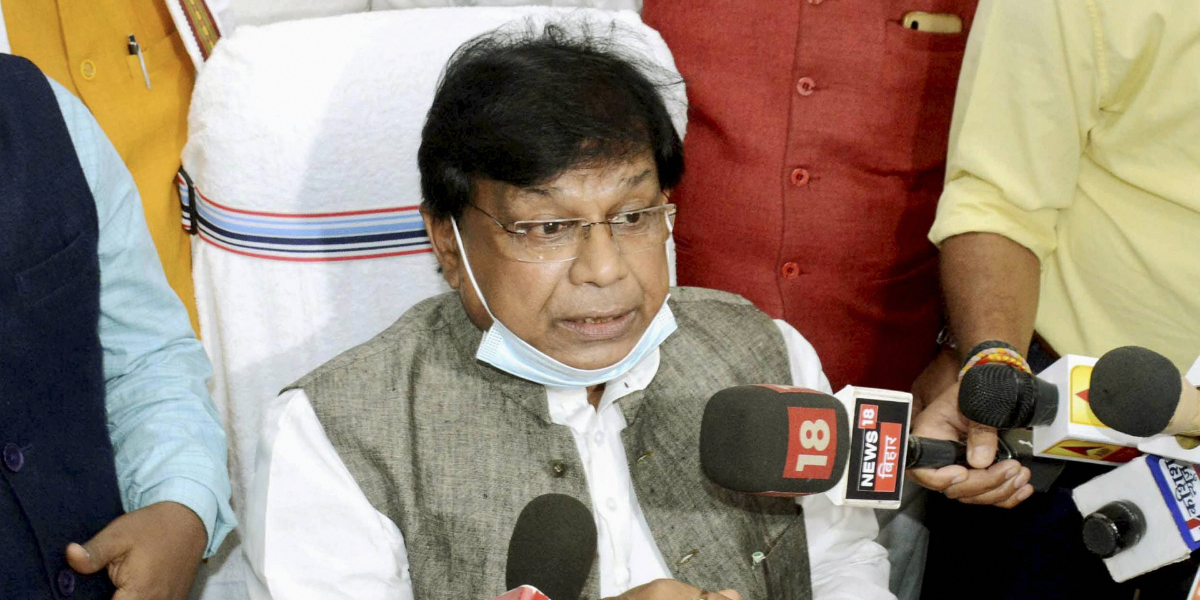 New Delhi: In an eventful start to Bihar chief minister Nitish Kumar’s fourth term, education minister Mewalal Choudhary of the Janata Dal (United) resigned on Thursday, three days after he was sworn in to be part of the state council of ministers.

Choudhary had to step down after the opposition Rashtriya Janata Dal launched criticism against the new government, asking why he was included in the cabinet even as a corruption case remains pending against him since 2017.

The criminal case against the JD(U) MLA from Tarapur relates to alleged irregularities that had taken place in the appointment of assistant professor and junior scientists when Choudhary was the vice-chancellor of Bhagalpur agriculture university.

He had also been suspended from the party when the BJP, which was in the opposition then, launched criticism against the earlier Nitish Kumar government. Even a case had been filed against Choudhary following approval from current President Ram Nath Kovind, who was then serving as the governor of Bihar. Vice-chancellors of the state universities usually report to governors, as they hold the post of chancellor for the state universities. Despite the case filed against Choudhary, no chargesheet has been filed against him yet.

Choudhary has always maintained that a mere filing of a case is not an indication of guilt. ‘There are cases against so many legislators’ has been his refrain, when asked about the matter. He had even refrained from mentioning the same in his election affidavit, pointing out that the probe was ongoing and nothing had happened.

Responding to the 14-member cabinet appointed by Nitish Kumar on November 16, RJD leader Tejashwi Yadav on Thursday, in a series of tweets, has alleged that the chief minister is enabling the criminals to loot by protecting them. He has specifically pointed to the criminal case against Choudhary.

Taking to Twitter, Yadav has said: “Power is protecting criminals… Chief Minister Nitish Kumar has granted exemption to loot and robbery by appointing Mewalal Chaudhary… the Chief Minister will continue his discourse on Crime, Corruption and Communalism to save his chair… None of the minority communities were made ministers.”

Choudhary tendered his resignation hours after Tejashwi’s barrage of criticism on Twitter.

Responding to Choudhary’s resignation, Tejashwi has said that Nitish has been enacting a “drama” of induction and resignation of a “corrupt” minister.

“The real culprit is you. Why did you make him a minister? Your duplicity and gimmicks will no longer be allowed to run,” he said on Twitter.

In another tweet, he has said just a resignation would not do, finding 19 lakh jobs, a key poll promise of the National Democratic Alliance, and many issues of public concern, like contracts and equal work-equal pay, should be addressed.

In the recently concluded state assembly elections, RJD has emerged as the single largest party with 75 seats, while the BJP and JD(U) secured 74 and 43 seats respectively. The NDA alliance, with 125 assembly seats, mustered numbers to form the government in Bihar.