Chandrashekhar Azad, accused by the police of spearheading the Saharanpur violence, has been arrested by the UP police special task force. 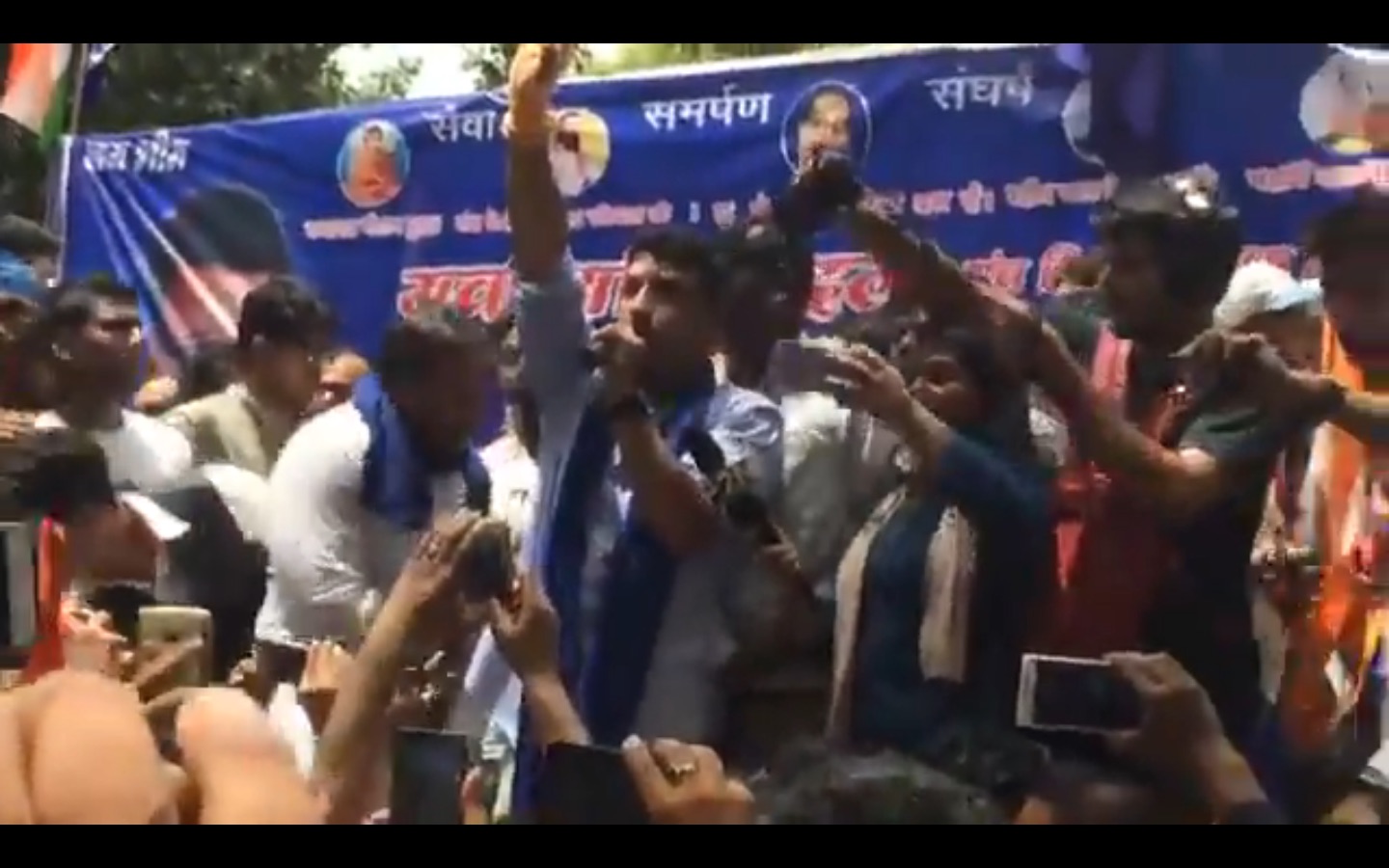 Bhim Army chief Chandrashekhar ‘Ravan’ Azad, was arrested from Dalhousie, Himachal Pradesh, on Thursday, according to news agency ANI. He was arrested by the UP police special task force at about 10:30 am from Dalhousie’s Subhash Chowk.

The police has accused the 30-year-old lawyer of being behind the clashes in Saharanpur, a town in western UP, last month. Ravi Kumar Gautam, leader of the Bhim Army’s youth wing, confirmed the arrest. He told News18, “Chandrashekhar was in Himachal Pradesh where he was arrested by a team of UP Police. They came to Himachal Pradesh in civil dress and took him away.”

The police is expected to bring Chandrashekhar back to UP by this evening to question him.

On May 9, the Bhim Army had called for a mahapanchayat in Saharanpur to protest against the atrocities on Dalits. The police denied permission but invitations had already been sent out and hundreds had turned up. Clashes took place between the Bhim Army and the police, following which Chandrashekhar was booked by the police. This is the Bhim Army’s version of events and what they say is behind their protests:

The UP police had declared a reward of Rs 12,000 each for any information that leads to Chandrashekhar and his associates’ capture.

Earlier this week, Chandrashekhar had announced he was willing to surrender if 37 ‘innocent’ Dalits are released on bail. “I feel that the UP government has failed to address the issues of the Dalits. The chief minister has lost control over the police and the administration. There have been more cases of atrocities against the Dalits in the past two-and-a-half months as compared to last one year,” he had told PTI. The Bhim Army also protested caste atrocities and the government’s inaction in Delhi’s Jantar Mantar:

Two other members of the Bhim Army were arrested on Wednesday and produced before the court, following which they were sent to judicial custody. Bhim Army’s Deoband Vidhan Sabha president Deepak Kumar and Saharanpur district president Praveen Gautam have been arrested from near Sun City Colony at Malhipur Road,” Saharanpur city circle officer Mukesh Chandra Mishra said, according to Indian Express.