"We extend our full support to our farmers. We are with them in this fight," he said. 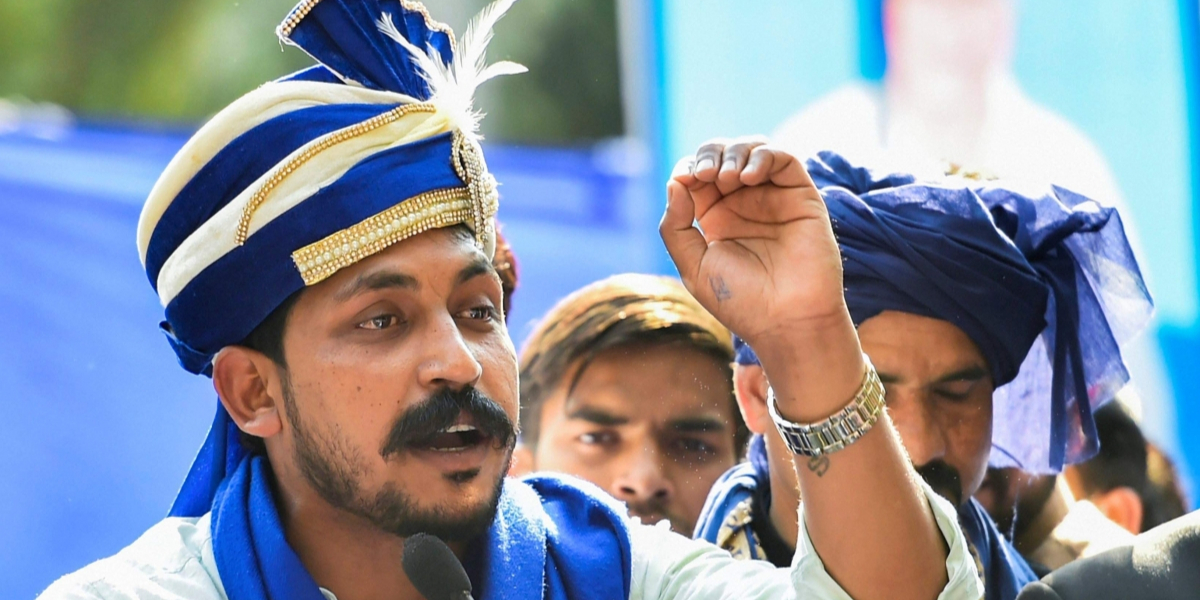 New Delhi: Bhim Army chief Chandra Shekhar Aazad on Tuesday joined the protesting farmers at the Delhi-Ghazipur border along with hundreds of his supporters and demanded that the new farms laws be withdrawn immediately.

Aazad, who launched his political party in March this year, said, “The farmers have been fighting for their rights in this cold. These laws should be withdrawn immediately.”

“We extend our full support to our farmers. We are with them in this fight,” he said.

Even as farmers of Punjab and Haryana continued to rally at Singhu and Tikari border entry points, scores of Uttar Pradesh farmers gathered at Ghazipur on the Delhi-Ghazipur border on Sunday morning in their bid to enter the national capital.

Earlier in the day, farmer unions decided to attend a meeting with the Centre as protesters continued their agitation at Delhi border points against the government’s new farm laws.

Agriculture minister Narendra Singh Tomar on Monday had invited leaders of farmer unions for talks on Tuesday, instead of December 3, citing the COVID-19 pandemic and cold.

“In our meeting, we have decided to accept the central government’s offer to hold talks at 3 pm today. Representatives of protesting farmers will attend the meeting with Union ministers,” farmer leader Baljeet Singh Mahal said.

Thousands of farmers stayed put at various Delhi border points for the sixth consecutive day on Tuesday protesting against the new farm laws, which they fear will dismantle the minimum support price system and corporatise farming.