If the Bharat Jodo Yatra Really Seeks to Unite, It Must Repair the Language Broken by BJP and Media

The Yatra cannot be polemical, it cannot add to the noise that makes thinking impossible. 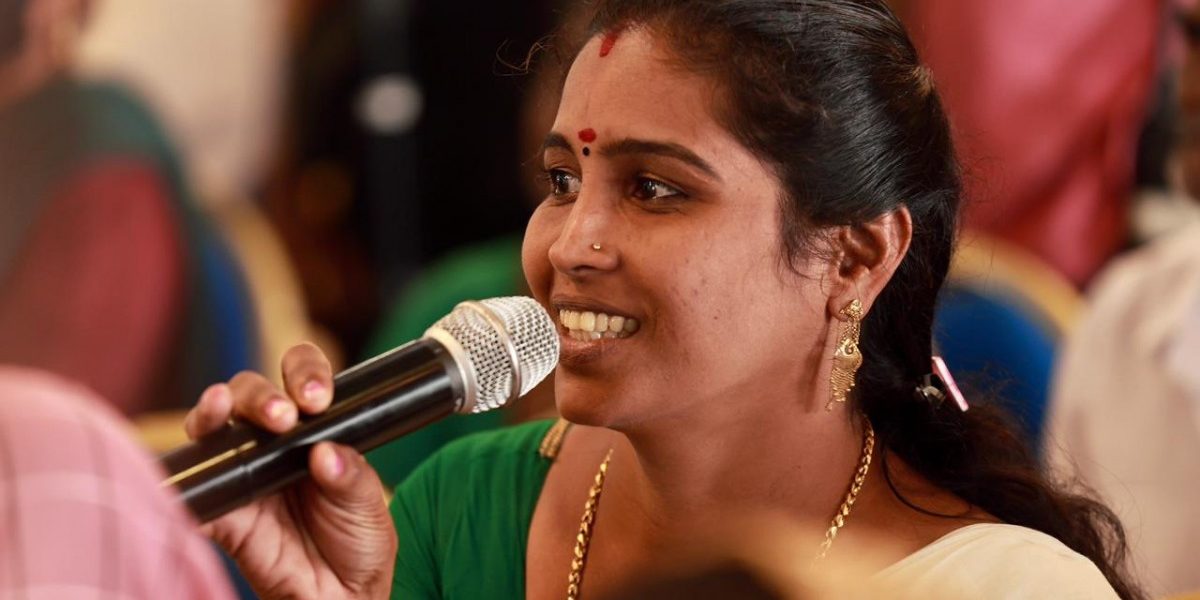 A woman speaks during one of the stops of the Congress's Bharat Jodo Yatra. Photo: Twitter/@INC

It will be interesting to see what the Bharat Jodo Yatra of the Congress party does to the exercise of political language because the language of social and political discourse in India is broken.

Coarsening and vulgarisation of political language on an hourly basis has made us a people who keep demanding more and more of it.

Plain words and simple sentences which describe the reality of the country or society don’t attract us. Obfuscation of reality and creation of an alternate reality has become the job of language. Media has actively contributed to it.

While the Yatra has to unite Indians with Indians, there is also a need to unite language to its purpose. The purpose of language is to describe the world around us, create a communicative field, to analyse and interpret the reality. Sadly, in the last decade we have seen our language getting more and more deficient when we look at these functions.

The Bharat Jodo Yatra is generating a lot of language. The ‘mainstream media’ is largely ignoring it. But social media is abuzz with the news, pictures, videos of the Yatra.

It has also provoked other political parties into action. The action is of course verbal. The leaders of the ruling Bhartiya Janta Party condemn it, ask where does the question of uniting India arises from. ‘Is it not united already?’ They know the answer, their constituents know it too. But they persist with the lie that there is no need to talk about unity.

The mention of the word ‘unity’ reminds us that there is division in the society – not one but many. It makes us question ourselves. It asks us to do better.

The declared aim of the Bharat Jodo Yatra is to unify the nation. When we say ‘nation’ it is actually the people who constitute the nation.

The objective is so sublime that it cannot be allowed to be sullied by even a mention of petty people or organisations. If asked I would have advised against posters depicting burning khaki half pants. It is driven by a desire to mock someone, an organisation. A cartoonist can do it but should a Yatra with such high objectives use it as campaign material?

To free the country from shackles of hate and undo the damage done by BJP-RSS.

Step by step, we will reach our goal.#BharatJodoYatra 🇮🇳 pic.twitter.com/MuoDZuCHJ2

The Yatra also has a responsibility to bring back sanity, civility and mutual respectfulness in the social discourse. If successful, this in itself would be a great contribution of the Yatra – that a speech can be made, a slogan can be coined or raised which does not hit anyone, and does not create animosity in the hearts of any section of the society. The Yatra should make it impossible through its symbolism and its language to let anyone find a reason to hate it.

The Yatra should lead to the process of introspection in society. It should be a reflective exercise. It cannot afford to be excitable, nor can it make people excitable.

It is an onerous task if we keep in mind how political language has been vulgarised.

The tendency to hit at your competitors or opponents is so strong that it overpowers you even in the moment you talk about love and understanding. But this Yatra cannot be political in the narrow sense of the term. It has to play its role in bringing morality to politics. Democratic politics depends on the mobilisation of the people. But we see, in our times, such mobilisations creating division in society.

It is not empathy that our politicians preach or practice. They encourage us to suspect our neighbours. Suspicion, jealousy, envy and hatred are the driving emotions of the politics that has overpowered us. When a group is formed, it is not because the group members feel drawn to each other, it is the hatred for some other group that brings them together.

The Bharat Jodo Yatra has, thus, a task. To bring back the sense of the primary task of democratic speech – to connect.

Also read: Thank You, Modiji, We Now Know What Is the Biggest Danger to Our Democracy

It is important that speech creates a common ground on which people with diversities can stand and talk to each other. Democracy cannot function if there is no shared space, no shared dream, no shared journey. Political competition is what drives democracy and yet, it doesn’t have to divide people into antagonistic camps. A true democratic polity is one which encourages political actors to evolve a language which very diverse people can share. A speech which is aimed to hurt a section of the society, make it feel small and insecure is definitely not democratic.

People like me would want the Congress party to talk to the people of India. Not to any political leader or any other party. The Yatra cannot be polemical, it cannot add to the noise that makes thinking impossible. We need to make people think and introspect about their vulnerability to the virus of supremacism and hatred for others. In India, the task is to motivate the people, mainly Hindus, to ponder over this question. How did they reach this stage?

It requires lot of patience and understanding. Also, the yatris need to be clear about their addressee. If it is the people they are talking to they cannot busy themselves taking potshots at their political opponents. They cannot indulge in a slugfest with them for the people to enjoy. At the end of each day of the Yatra, it cannot be the exchange of barbs that becomes the issue.

Also read: ‘Bharat Jodo Yatra’ Is on the Right Track but Congress Also Needs To Get Its Own House in Order

The questions being raised about the Yatra need response. But it can be done in manner which enhances the understanding of the people. It cannot be a stone for a brick.

The challenge is to replace the language popularised by the BJP and the media, which is language of sarcasm, mocking, insult, half-truths and  lies with a language of transparency, honesty, understanding and dialogue. Aggression in linguistic and social behaviour cannot be answered with counter aggression.

A new ethics of language needs to be evolved.

The noble objective of the Yatra gives the yatris an opportunity to do it. It is for them to prove that the BJP has not been able to mould them in its image. But more than that the challenge is to change the field or discourse. It will be one measure of the success of the Yatra.