An Unmanaged Foreign Media Has Got the Modi Government Fuming

The Indian government is using all its resources to try and discredit and ban the BBC documentary. But in today's world, that's not so easy. 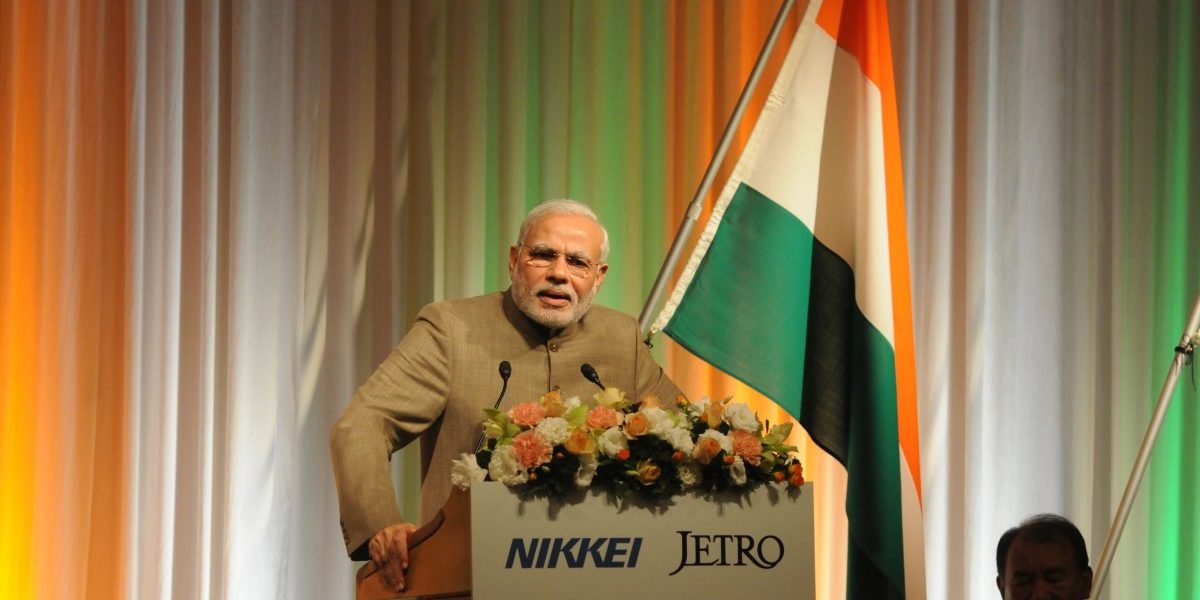 Mahatma Gandhi, whose death anniversary is a few days away, on January 30, used to say he did not want walled windows or stuffed windows; he wanted the “culture of all lands to be blown about my house as freely as possible”.

He was neither worried nor scared of not just culture, but also of criticism. The tall leaders of the time were not worried of being criticised in the media; indeed, Jawaharlal Nehru asked the pre-eminent cartoonist of the time to freely lampoon him.

Seventy-five years on, our prime minister and his acolytes are so terrified of a documentary by a foreign channel about the killings in Gujarat in 2002, that they have shut it down so that no one in India can see it online. Nor can one make even the slightest reference to it on Twitter along with a short clip – the tweet will be removed. The entire energies of the government machinery are engaged in ensuring that Indians – in India only – do not get to see the film.

Government officials have called it a ‘propaganda piece’. Eminent citizens – retired judges, army officers, ambassadors – and others have come out with statements saying the film “reeks of motivated distortion that is as mind-numbingly unsubstantiated as it is nefarious”.

‘Post-imperialism’ and ‘the colonial mindset’ both make an appearance in the attacks on the BBC. Union minister Kiren Rijiju, currently engaged in a war with the Supreme Court judges, has pointed fingers at “some people in India who haven’t gotten over the colonial intoxication”.

Also read: BBC Documentary on Gujarat 2002 Reminds Us That We Are Not Interested in Truth

Strong words, all, clearly indicating that the film has stung the establishment, and the government finally reacted and stopped YouTube and other social media sites from showing the film in India. The opposition has called it censorship and links are already being passed around where it can be viewed. Students in different parts of the country have defiantly screened it; in these times, it is not easy to supress something.

But if the documentary is such rubbish borne out of a colonial mindset or an international conspiracy, why not ignore it? And if it has factual errors, why would the government not issue a robust rebuttal that demolishes the claims made in it?

All opportunities were given to the government to give its side of the story, claim the filmmakers. If so, why did it not respond? Among the many people interviewed, two are pro-Narendra Modi, so it cannot be called totally one-sided. Modi’s own old interviews have been used.

The story is a familiar one to most Indians, though the film brings it all together with some stark visuals of the time. The clincher in the film is the revelation of a British government report after the killings that had concluded that the chief minister at the time in Gujarat was “directly responsible” for what happened in the state. Jack Straw, who was British foreign secretary at the time, endorses this.

Why couldn’t the Narendra Modi government draw up a long list of counter-points and show that the documentary makers have got many things wrong? Why all this huffing and puffing and shutting down of the film? Shutting one’s eyes and ears tightly does not mean an inconvenient truth will go away. So why is the Modi government behaving this way?

For the answer, look at Modi’s refusal to hold a press conference or grant an interview to a journalist either in India or abroad ever since he became the prime minister almost nine years ago. Because that would not be in his control, and Modi likes to be in control of every situation. Questions would inevitably come up, which he would not be able to answer, and some of those questions would inevitably involve his handling of the violence in Gujarat.

He could, of course, reply by saying that he has been given a clean chit by a legal process, but journalists being what they are, they would persist. His did give some interviews after the violence, when he was the chief minister, which are used in the documentary, and these show that he was not at his comfortable best. His chilling response in one such clip that the main lesson he had learnt was “his failure to handle the media” provides a crucial clue to his subsequent behaviour as the prime minister and his unwillingness to sit down with them unless the media had been “handled”.

In the past almost nine years of the Modi prime ministership, the Indian media has been handled efficiently and no one dares step out of line. Right from the owners to the editors and then down the line to reporters, large sections of the Indian media are devotees of the prime minister and happy to be little more than loudspeakers for him and his party, forgetting the basic duty of a journalist – ask questions and demand accountability. Those who do ask questions end up paying a price.

The foreign press is not in his control or thrall. The BBC has no obligation to follow the Indian government’s (or any government’s, including the British one’s) diktat and it has done what the Indian media ought to be doing. In 2002, Indian journalists reported the horrific killings in Ahmedabad and elsewhere freely and showed grisly and heart-rending scenes on television. It brought home the sheer brutality of the violence to the world. That professionalism has long gone.

Part two of this documentary was shown on January 24. It may too get banned. But it will be seen all over the world. Other foreign journalists may do their own stories on 2002. India is not getting good press abroad in recent years. How will the government prevent Indians from reading those pieces?

The government has proposed a new regulation that gives power to the Press Information Bureau – the official propaganda arm – to demand the take down of anything it considers fake. As India celebrates the 73rd anniversary of its Constitution, and thus our democracy, more censorship is in the offing – a bitter irony.

A version of this piece was first published on The India Cable – a premium newsletter from The Wire & Galileo Ideas – and has been republished here. To subscribe to The India Cable, click here.