'We want to know who among these people gave Arnab Goswami that information. Was it Prime Minister Narendra Modi himself? Or was it the home minister?' 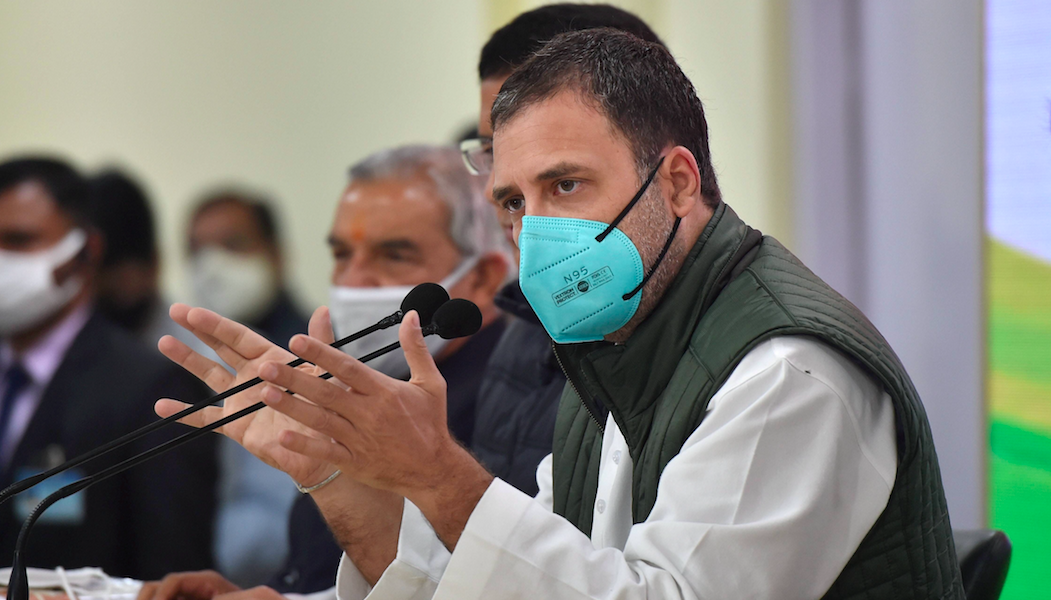 New Delhi: Commenting for the first time on Republic TV editor Arnab Goswami’s Whatsapp chats which indicated that he may have had prior knowledge of the 2019 Balakot airstrikes, Congress leader Rahul Gandhi joined the opposition chorus and demanded that a parliamentary committee enquire into the matter.

“…Giving official secrets to a journalist is a criminal act,” Gandhi said, while attacking Prime Minister Narendra Modi directly over the leak. “You will see that no inquiry will be conducted as the prime minister was the one who leaked the information,” he went on to say.

“Things like this (the Balakot airstrike) would be known only to a handful of people – the prime minister, home minister, defence minister, defence chief, Air Force chief and Army chief. So if a secret like this has been leaked to a journalist, then it is a breach of the Official Secrets Act. It is leaking of a state secret,” the Wayanad MP said.

He added that the BJP and its government at the Centre call themselves “patriots and nationalists” but leaking such sensitive information that could compromise national security is “a criminal act  puts the air force of the country and its pilots in grave danger.”

“It must be investigated,” he said, “We want to know who among these people gave Arnab Goswami that information. Was it Prime Minister Narendra Modi himself? Or was it the home minister?”

Goswami’s chats became public when the Mumbai Police submitted the transcripts of his conversation with the former CEO of ratings agency BARC Partho Dasgupta to the court as part of its investigations into fake TV ratings scam. An exchange between the two shows Goswami saying three days before the Balakot strike that “something big will happen” on February 23, 2019. The TV anchor goes on to say that it would be “bigger than a normal strike” and “the government is confident of striking in a way that people will be elated.”

“If such information is there on Arnab Goswami’s WhatsApp messages, then it is also there with Pakistan, this then cannot be a secret, and hence it puts pilots’ lives in danger and puts the entire operation in jeopardy,” the former Congress president said.

Gandhi’s comments came on the sidelines of a press briefing in which he targeted the Centre for ignoring the massive resentment against the three new farm laws. He said that even as farmers across the country have been protesting, the government is delaying a resolution.

“The new farm laws are designed to destroy the agriculture sector. I support the protesting farmers 100 per cent and every single person in the country should support them as they are fighting for us,” he said, while launching a booklet on the new laws. He backed farmers by declaring that only a complete withdrawal of the laws would end the impasse between the Centre and farmers’ unions.

Taking a swipe at BJP president J.P. Nadda, who had criticised him earlier over his position, he added, “Farmers know the reality. All farmers know what Rahul Gandhi does. Nadda ji was not at Bhatta Parsaul (referring to agitations over forcible land acquisition in Uttar Pradesh’s Bhatta Parsaul in 2011). I have a character, I am not scared of Narendra Modi or anyone, they can’t touch me but they can shoot me. I am a patriot and will protect my country… I am more of a fanatic than them.”