Bail for Shahabuddin, Jail for Activists: Stories of Impunity and Power in Bihar 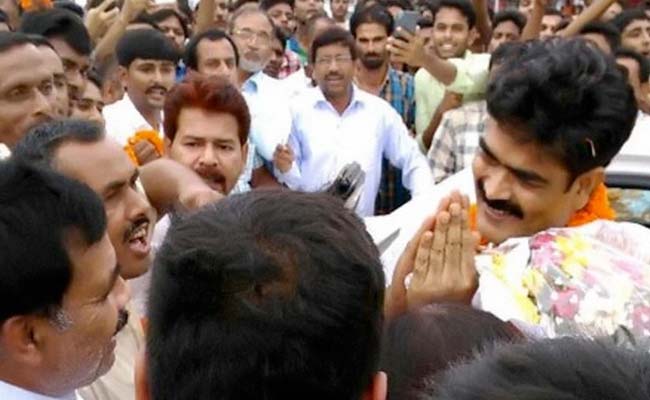 The sleeves of each assassin are spotless.
No sign of blood: no trace of red,
not on the edge of the knife, none on the point of the sword.
– Faiz Ahmad Faiz, In Search of Vanished Blood, translated by Agha Shahid Ali

On September 13, 2016, in the midst of festive Bakri Eid celebrations, Rajpur village in Andar Block of Siwan will be in mourning. There, villagers and CPI (ML) activists will mark the anniversary of a brutal killing that took place 20 years ago. On September 13, 1996, henchmen of the Rashtriya Janata Dal leader and notorious mafia don Mohammad Shahabuddin came with murderous intent to the home of Ghulam Haider, who was an activist of the Communist Party of India (Marxist-Leninst) (CPI(ML)) activist. Not finding him home, they killed his aged father, a young relative and his 3-year-old baby daughter Juhi – a mass murder the memory of which continues to haunt Rajpur.

Shahabuddin, convicted in a series of murders and with several pending cases against him, has just been released on bail. Accompanied by a cavalcade of cars, he breezed past a bridge where, on police instructions, he received ‘VIP treatment’ and was not required to pay the toll. His clothes spotless, his demeanor suave, Shahabuddin speaks of himself as a scholar whose bags are full of books, a pious and god-fearing man, a loved political leader returning from an unjust exile. In the words of Faiz’s haunting poem, Shahabuddin’s sleeves seem to show no trace of the blood of baby Juhi murdered to terrorise her father, of Comrades Chandrashekhar and Shyam Narain Yadav shot dead addressing a street corner meeting, of Girish and Satish, sons of Chandrakeshwar Prasad, killed in an acid bath and of their brother Rajiv who witnessed their murder, of countless others killed at his behest.

Even before he was released on bail, the path to Shahabuddin’s political rehabilitation had been paved in April this year by the RJD’s decision to induct him into its National Executive.

In the 1990s in Siwan, Shahabuddin was a classic example of the cozy and compatible marriage between crime and politics. During Shahabuddin’s reign of fear in Siwan, he brutally put down anyone who presented a political challenge or defied his criminal fiefdom. Among those killed at his behest were small businessmen and traders, as well as scores of CPI (ML) activists – including the former JNU Students’ Union President Comrade Chandrashekhar who was gunned down in 1997 while addressing a street corner meeting in Siwan.

In 2007, Shahabuddin was convicted for the abduction and suspected murder of CPI(ML) activist Chhote Lal Gupta, a conviction made possible by the courageous deposition (in spite of threats to his life and his family) of the lone eyewitness Shital Paswan. While the RJD’s fortunes declined, so did Shahabuddin’s, but even while in jail, he continued to retain powerful political and criminal interests in the region. Now, with the RJD-JDU alliance in power in Bihar, Shahabuddin can again bask in political patronage and the cloak of impunity that power provides.

He has received bail in a case where he was convicted for the murder of three brothers Girish, Satish and Rajiv. The victims’ parents have said their own lives are endangered by Shhabuddin being free. CPI (ML) activists too, widely acknowledged as the sole political forces to take on Shahabuddin in Siwan, are in danger, including Comrade Shital Paswan whose testimony secured Shahabuddin’s first conviction.

CPI (ML)’s Siwan District Secretary Comrade Naimuddin Ansari says, “In Bihar, Shahabuddin gets bail and Ranveer Sainiks are acquitted in spite of the fact that their freedom poses dangers for those who are struggling to bring them to justice. The Bihar Government and its police and administration collude in freeing killers but throw in jail CPI(ML) activists like Satyadeo Ram, MLA from Darauli, Siwan, and youth leader Amarjit Kushwaha for defending the rights of landless poor.”

In Chilmarva village in Siwan, homestead land allotted to Dalits had been captured by Brahmin landlords, and the administration had failed to secure repossession for the Dalits. The Dalits organized by CPI(ML) built their homes on the land. On July 5, 2013, a violent mob of landlords led by the BJP MLA attacked the Dalits’ homes. CPI(ML) leaders Amarjit Kushwaha and Satyadeo Ram intervened to demand protection for the Dalits, and left after being reassured by the local administration and police that the situation would not be allowed to escalate. Instead, the next day, the mob arrived again and fired on the Dalits. Footage aired by a TV channel records how the landlords and armed criminals fired at the Dalit villagers while police and the district administration did nothing. The Dalit villagers were forced to defend themselves against a potential massacre – and in the process two of the assailants – criminals from Eastern UP, outsiders to the area – were killed and CPI(ML) activist Srinivas Ram was injured. The police, which had stood mute as an armed mob attacked a Dalit settlement, booked Amarjit Kushwaha and Satyadeo Ram – who were not even apparently present at the spot – on charges of murder of the two criminals. The JDU has since broken its alliance with the BJP and forged an alliance with the RJD – but the State Government and district administration are yet to withdraw the false charges that Satyadeo Ram and Amarjit Kushwaha face, and continue to oppose bail for them.

Bail for Shahabuddin is a symptom of a more chronic, systematic impunity enjoyed by powerful perpetrators of organized violence in Bihar and India. The Patna High Court acquitted all those convicted by lower courts in the Ranveer Sena massacres at Bathani Tola, Laxmanpur Bathe and many other places. A Cobrapost sting operation exposed how Ranveer men who go scot free continue to boast openly of having carried out the massacres. In spite of this, the Mahagatbandhan Government has done nothing to bring these killers to justice. Instead we are treated to the irony of political leaders across parties hailing the Ranveer Sena chief Brahmeshwar as a hero: The BJP Minister Giriraj Singh had called him Bihar’s Gandhi, while the Congress leader Akhilesh Prasad Singh who contested from the Tarari constituency where Bathani Tola is located, had called him “a towering personality the likes of whom are born once in 100-200 years.”

From Maya Kodnani in Gujarat to the Ranveer Sena killers and Shahabuddin in Bihar – political patronage acts as a shield between perpetrators of pogroms, massacres and assassinations and the quest of the victims for justice. In the name of ‘justice’, we see frenzied cries for death penalty being orchestrated over some individual perpetrators of murder or rape – but the masterminds of the worst atrocities are not only allowed to escape – they are allowed to reinvent themselves as political heroes.