Compared to BJP’s enthusiasm, the opposition’s response has been only tame. 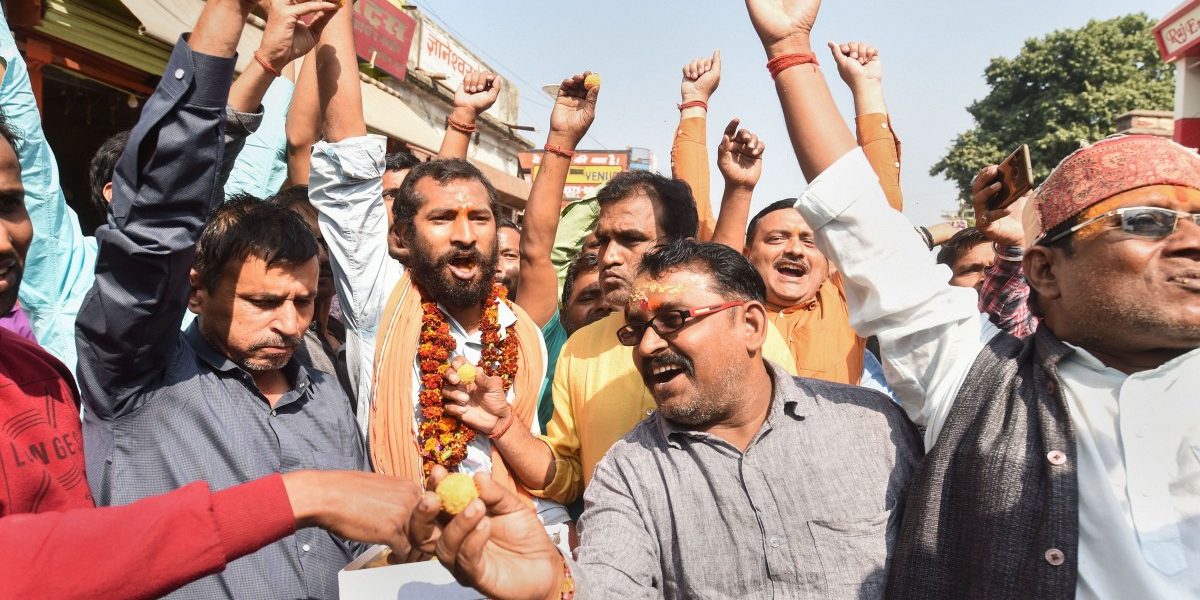 New Delhi: Notwithstanding the merits and demerits of the Supreme Court’s verdict on the Ayodhya title suit, one aspect of the judgment is clear: in its manner of handing over ownership rights of the land where Babri Masjid once stood to Hindu parties, the five-judge bench has essentially put the Modi government at the forefront of the temple building process.

What could have been better optics for Prime Minister Narendra Modi and his colleagues at the Bharatiya Janata Party than the responsibility of overseeing the temple construction process? In all probability, Modi will hog most of the resultant attention in the next three months, taking credit directly and indirectly for securing such a judgment from the Supreme Court.

One will not be surprised if Modi’s slogan of nationalism changes entirely into an assertion of “Hindu” nationalism, like the one parroted by Sangh parivar workers on ground.

Had the Supreme Court monitored the formation of the Trust in-charge of building the temple itself, as it did in the updation process of National Register of Citizens in Assam, the optics of the Ram Mandir politics in the months to come could have been different.

However, the judgment empowers not just the Central government but also the Adityanath-led Uttar Pradesh government in more ways than one.

The Central government shall, within a period of three months from the date of this judgment, formulate a scheme…The scheme shall envisage the setting up of a trust “with a Board of Trustees or any other appropriate body under Section 6,” said the judgement.

“The scheme to be framed by the Central government shall make necessary provisions with regard to the functioning of the trust or body, including on matters relating to the management of the trust, the powers of the trustees, including the construction of a temple and all necessary, incidental and supplemental matters,” it further said.

Along with this, the Modi government would also be in charge of acquiring the site and hand it over to the “Board of Trustees or the Trust”.

“The Central government will be at liberty to make suitable provisions in respect of the rest of the acquired land by handing it over to the Trust or body for management and development in terms of the scheme framed in accordance with the above directions,” the judgment said.

The apex court also empowered both the Central government and the Uttar Pradesh state government to acquire five acres of land and allot it to the Sunni Waqf Board. Which means that Adityanath may also have his time in the spotlight in the long process that will follow the verdict. 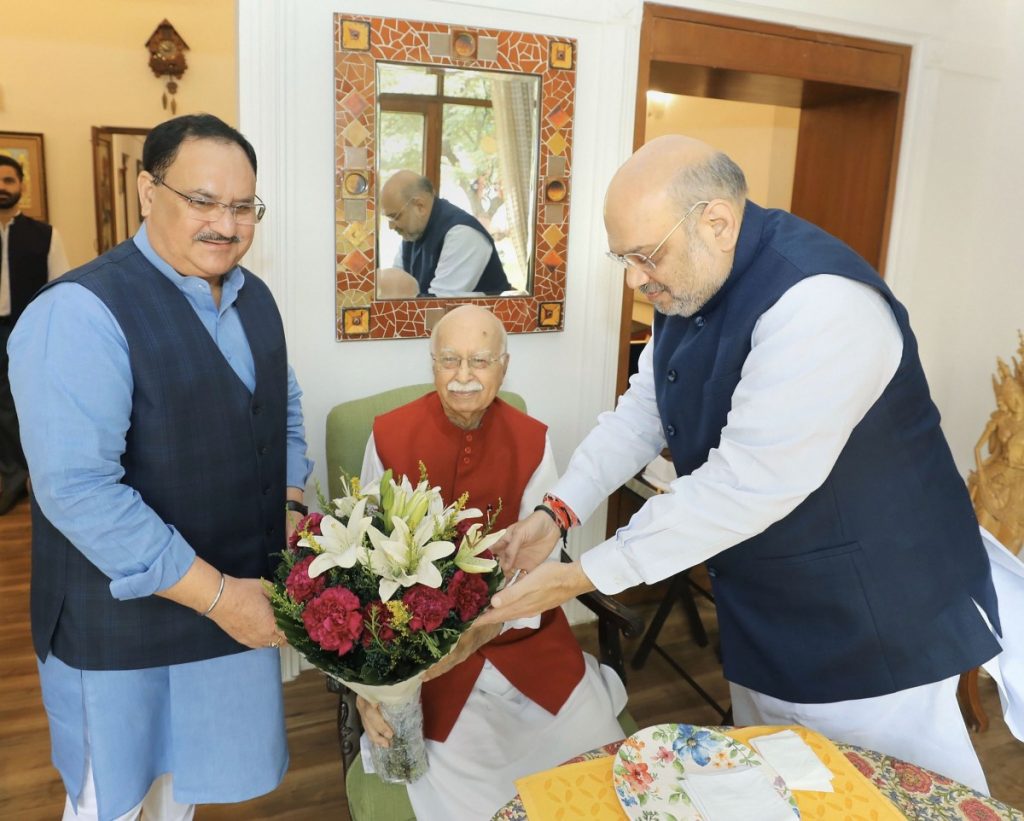 Given BJP’s propensity to transform even the smallest of government duties into mega events, one would be surprised if Modi and Adityanath do not attempt to reap political benefits from the tasks they have been entrusted to do.

In fact, Modi has already brought himself to the centrestage by delivering a televised message on the judgment. He thanked the Supreme Court for the verdict and likened it to nothing less than the fall of the Berlin Wall. In a roundabout way, he dismissed all democratic-minded critics of the judgment as “pessimistic” who have no place in his “new India”.

Similarly, more than just welcoming the judgment, Adityanath saw in the verdict a leap towards “shrestha Bharat”.

The SC verdict that went in favour of Hindus could be yet another shot in the arm of the BJP, which appears to be determined to implement the vision of Hindu Rashtra in Modi’s second term. By nullifying Jammu and Kashmir’s Constitutional autonomy by reading down Article 370, and proposing an anti-Muslim Citizenship Amendment Bill and also by now working towards the construction of a grand temple at Ayodhya, the party has ticked all the boxes that would enthuse a traditional Hindutva sympathiser.

Among the core promises made to its Hindutva base, only implementing a Uniform Civil Code remains.

In each of these measures, the BJP has succeeded in pushing India’s minorities one step away. While it is clear that it will use the Supreme Court’s verdict for electoral gains, it is also clearer than before that BJP’s is not merely an electoral project but an ideological march. As political Hinduism increasingly gathers strength, Indian minorities are relegated further into a state of being second-class citizens.

Compared to BJP’s enthusiasm, the opposition’s response has been only tame. At least five established parties either hailed the SC verdict or stayed mute.

The Congress said that it was always in favour of constructing a Ram temple at the site. It has a chequered past in the matter but if at all it had been in favour of it, one may ask what stopped the grand old party from owning up to it openly or stating it in successive manifestos.

Clearly, the Congress’s soft-Hindutva tactic is aimed at preventing polarisation around the issue, but what happens now to the political ethics of the secular party, one wonders.

Similarly, the largest Left party, the Communist Party of India (Marxist), which over the years has staunchly protested the demolition of Babri Masjid had only the following to say:

“The CPI(M) has always maintained that the issue should be resolved by a judicial verdict if a negotiated settlement was not possible. While this judgment has provided a judicial resolution to this fractious issue there are certain premises of the judgment which are questionable.”

Almost on the lines of what BJP has been appealing to the public, “the Polit Bureau of the CPI(M)” urged that “there should be no provocative acts using the judgment, which will disrupt communal harmony.”

The lack of a principled stand does not end with CPI(M).

The Bahujan Samaj Party, which claims to represent Dalits and has been projecting itself as the true adversary of Hindutva politics, also welcomed the judgement.

BSP chief Mayawati said she respected the “historic decision” taken by the SC and appealed to people to accept it peacefully.

Sticking to its solely technocratic political view, Aam Aadmi Party too brushed aside the judgment as insignificant, despite the fact that the demolition of Babri Masjid in 1992 pushed India into an unending spiral of communalism.

Similarly, one of the most vocal advocates of secular principles, the Trinamool Congress and its supremo Mamata Banerjee remained conspicuously silent.

Barring some small parties like All India Majis-e-Ittehadul Muslimeen, led by Asaduddin Owaisi, and Communist Party of India (ML), no party took a stand that was consistent with its positions on the Ayodhya dispute.

Owaisi, in fact, appealed to the UP Sunni Waqf Board to reject the apex court’s “patronising” offer of five-acre land. And it appears that his call has had tremendous traction among scores of Muslims. Sources informed The Wire that the Waqf Board may indeed refuse to take the five acres land that is being offered to it.

BJP and Modi supporters have been using this phrase for a long time, however, most opposition parties proved them right on Saturday by acting in a manner which can only be described as  “pseudo-secular” cravenness.