The design has also been revised to include two mandaps. 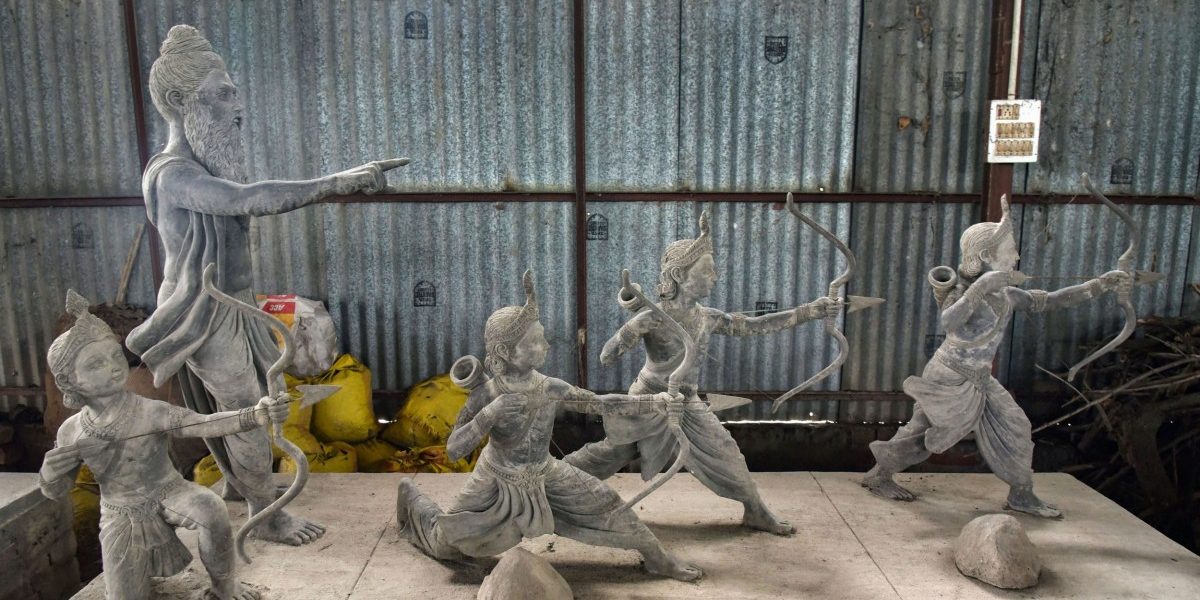 Some of the idols to be used in the Ram Temple at a workshop in Ayodhya. Photo: PTI

New Delhi: The construction of the Ram Temple in Ayodhya – at the site where the Babri Masjid once stood – will begin after a grand ‘bhoomi pujan‘ ceremony by Prime Minister Narendra Modi on August 5. In this ceremony, Modi is expected to install a 40-kg silver brick as the foundation stone.

August 5, incidentally, marks one year since the Centre read down Article 370 and revoked Jammu and Kashmir’s special status. Political observers have pointed out that this is unlikely to be a mere coincidence – and neither is the fact that construction is expected to be completed months before the next general election in 2024.

“Once the bhoomi pujan is done in the presence of the prime minister, the construction work will start,” said Nikhil Sompura, an architect and son of the chief architect of the temple, C. Sompura. “The team of L&T, along with machinery and materials, have reached the spot and work on the foundation will start right away. It will take 3-3.5 years for the work to be completed.”

He added that the height of the temple will be 161 feet, 20 feet higher than its earlier design.

“The earlier design was prepared in 1988. Over 30 years have passed… the footfall is likely to increase. People are also very enthusiastic about visiting the temple. So we thought its size should be increased. As per the revised design, the height of the temple has been increased from 141-feet to 161-feet,” Nikhil Sompura, told ANI.

The design has also been revised to add two mandaps. “All pillars and stones that were carved based on the earlier design will still be used. Only two mandaps have been added,” the architect said.

Ahead of the August 5 ceremony, three-day-long Vedic rituals will be held.

Due to COVID-19, the ceremony was delayed for two months. The government has said not more than 50 VIPs will attend.

The Shri Ram Janmabhoomi Teertha Kshetra, set up to oversee construction of the Ram temple, said that giant CCTV screens have been set up across Ayodhya for devotees to watch the ceremony. It is unclear how physical distancing norms will be implemented near these screens.