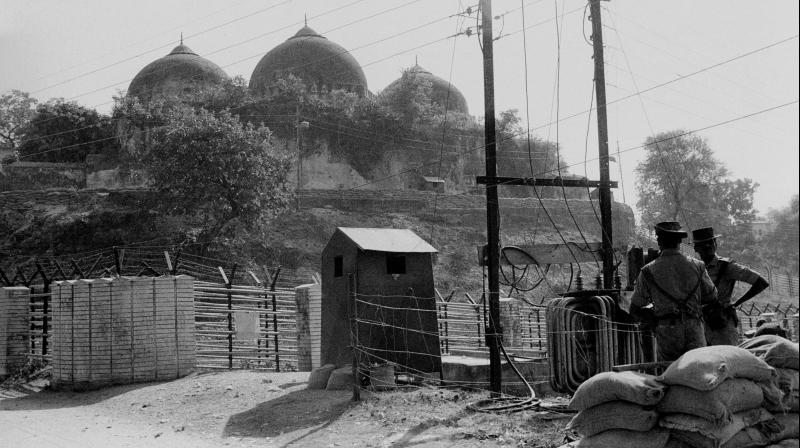 New Delhi: The Supreme Court today decided to hold the final hearing in the Ram Janmabhoomi-Babri Masjid title dispute from December 5 and made it clear that no adjournment shall be given in any circumstance.

The apex court, after an intense deliberation for more than one and a half hours, reached a consensus on commencement of the hearing on the cross-appeals filed against the 2010 judgement of the Allahabad high court.

The high court had ruled a three-way division of the disputed 2.77 acre area at Ayodhya among the parties – the Sunni Waqf Board, the Nirmohi Akhara and the Ram Lalla.

A specially constituted bench, headed by Justice Dipak Misra, asked the contesting parties to complete the translation of the exhibits of the documents likely to be relied upon into English within 12 weeks since these were in eight different languages.

The bench, also comprising justices Ashok Bhushan and Abdul Nazeer, asked the Uttar Pradesh government to complete within ten weeks the translation of the evidence recorded for adjudication of the title dispute in the high court into English.

The bench made it clear that the parties would have to strictly adhere to the time frame fixed by it and no adjournment shall be given in any circumstances.

Senior counsel C.S. Vaidyanathan, appearing for the Ram Lalla, and additional solicitor general Tushar Mehta, representing the UP government, pressed for an early hearing on the matter, but senior advocates Kapil Sibal, Anoop George Chaudhari and Rajeev Dhavan, representing other parties, were not in favour of commencement of the hearing before January next year.