Attempt to Strangle Kanhaiya Kumar on Board Jet Flight

A man sitting next to him on a plane tried to strangle him, the JNU students' union president has said. 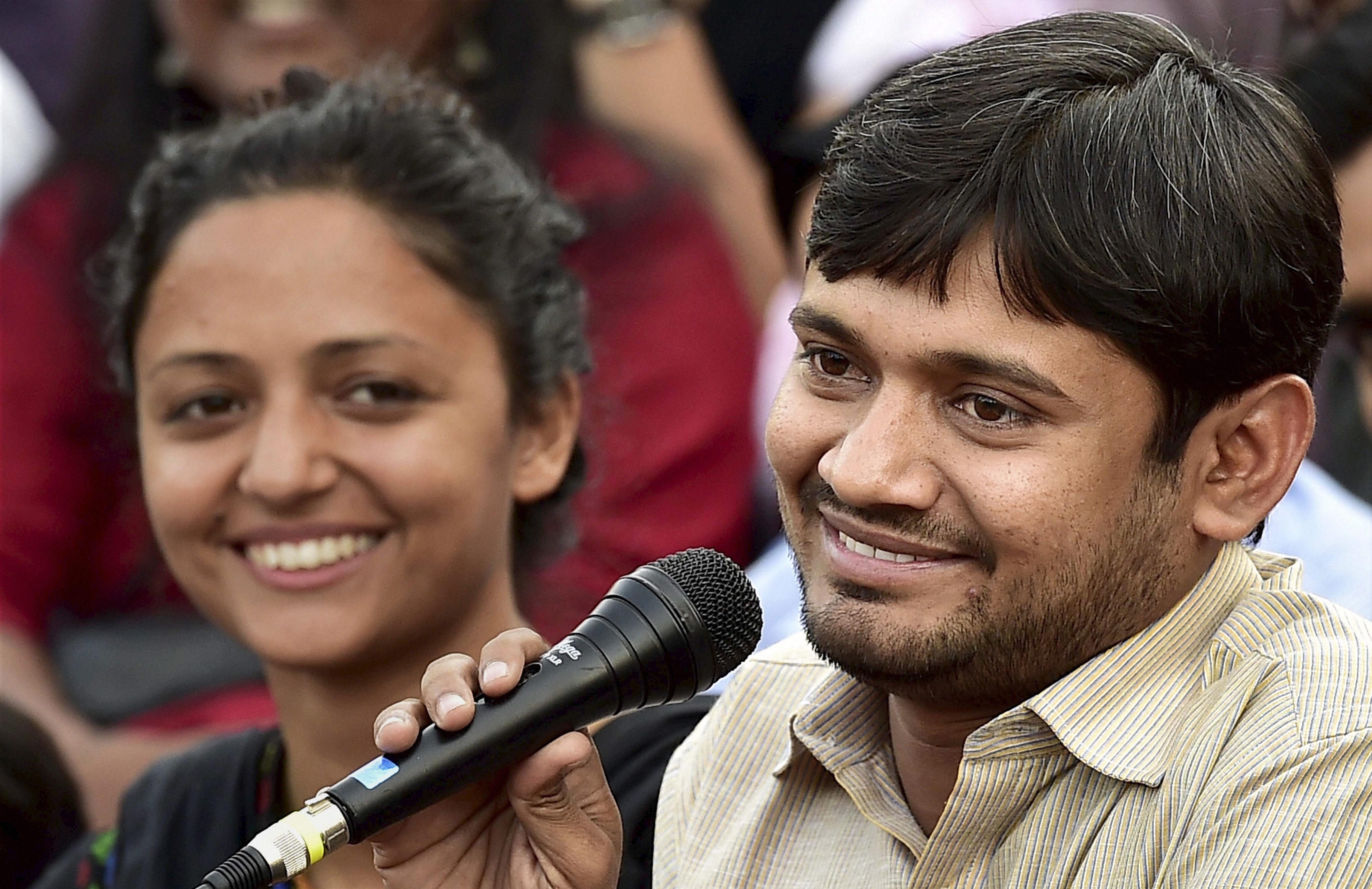 New Delhi: An attempt was made to strangle Kanhaiya Kumar on a Jet Airways flight from Mumbai to Pune on Sunday. This is the latest in a series of threats and attempted assaults on the JNU students’ union president.

Kumar was sitting in a middle seat, his friend Nishant who was travelling with him told The Wire. The incident occurred before the plane took off. “The man in the window seat was talking on the phone, we heard him say things like ‘I will take care of it as soon as I get a chance'” he said. “Then he suddenly got up, while still on the phone, and put one hand around Kanhaiya’s throat and started pressing. When Kanhaiya tried to remove the hand, the man dropped his phone and grabbed Kanhaiya’s throat with both hands. By then, those of us travelling with Kanhaiya realised what was happening and managed to pull him off. Then security came, along with the Jet Airways pilot, and insisted that all of us get off the plane as we were ‘security threats’.”

The accused was detained by the police at Mumbai airport. “He [the attacker] was travelling with several others, but the others were not asked to deplane,” Nishant added. The alleged attacker has apparently been identified as Manas Jyoti Deka, who works for Tata Consultancy Services.

The organisers of the event Kumar spoke at in Mumbai plan to lodge an FIR with the police. Joint Commissioner of Mumbai Police Deven Bharti said in the afternoon that Kumar had not filed a police complaint. According to Kumar’s professor at JNU, Himanshu, Kumar has taken the decision to not file complaints against those who attack him.

Kumar has also tweeted about the event.

Yet again, this time inside the aircraft, a man tries to strangulate me.

Basically @jetairways sees no difference between someone who assaults nd d person who is assaulted. They will deplane you, if you complain.

Manas Deka, works in TCS, a strong BJP supporter assaulted me inside the aircraft. Is assault the only tool you have, to fight dissent?

Deka, however, has denied the allegations levelled against him, a Hindustan Times report has said. “My hand just happened to brush his neck as I was trying to balance myself on an aching leg. I do not know him personally though I have seen his pictures. This is being done for cheap publicity,” he told reporters in Mumbai.

Kumar has received multiple threats ever since he was branded as “anti-national” by certain groups after an event in JNU on February 9. He was attacked by a group of lawyers when presented at Patiala House court on February 17, attacked and abused within the JNU campus by an outsider on March 10 and had slippers and shoes thrown at him in Nagpur on April 14. A Meerut based politician Amit Jani has issued several threats to Kumar as well as JNU student Umar Khalid, and allegedly planted a threat letter and pistol in a DTC bus that enters JNU.

Kumar’s police security has been increased after all of these threats, and was with him until he was dropped to the airport in Mumbai.

This article has been revised as the earlier version stated that Kumar himself was filing an FIR against the accused. Manas Deka’s statement has also been added.