Live updates on the results from Uttar Pradesh, Punjab, Uttarakhand, Manipur and Goa. 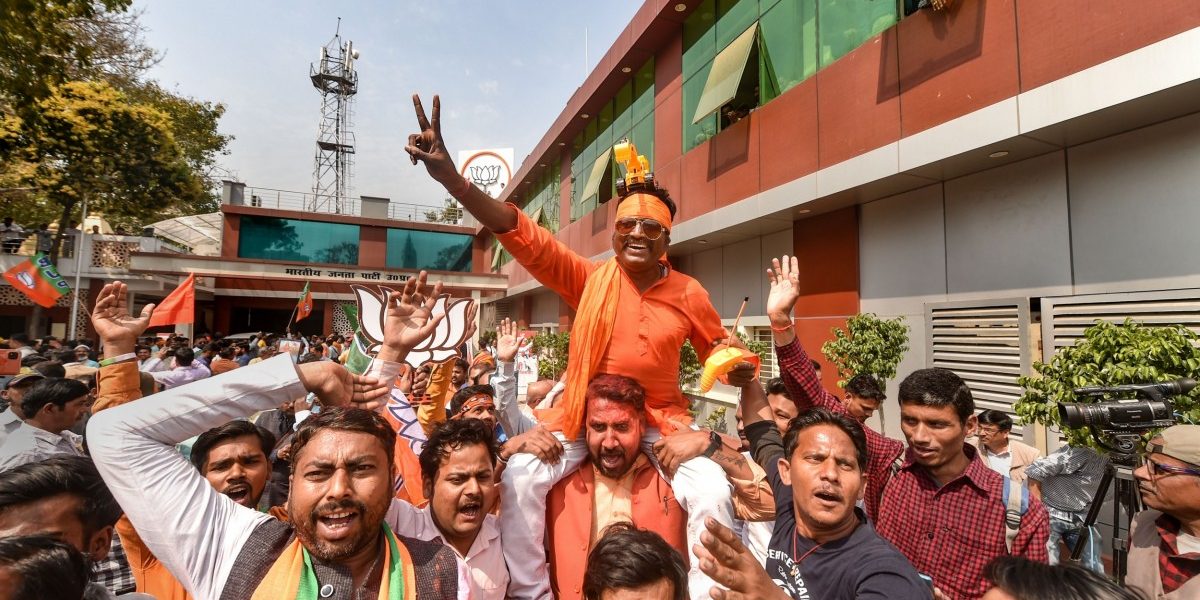 BJP supporters celebrate their partys lead during the counting day of the UP Assembly elections, at the party office, in Lucknow, Thursday, March 10, 2022. Photo: PTI/Nand Kumar

New Delhi: The BJP on March 10, Thursday appeared set to retain power in the politically crucial state of Uttar Pradesh, Uttarakhand, Goa and Manipur. AAP swept Punjab with three-fourths majority that will give a boost to its national role and to the opposition camp ahead of the 2024 Lok Sabha polls.

The Congress, now in power only in Rajasthan and Chhattisgarh, an all-time low, lost Punjab and could bag only two seats in UP. AAP will also be in power in two states.

Counting of votes cast for assembly elections to the five states began at 8 am on Thursday.

Over the next few hours, The Wire will be bringing you live news and analyses on the results. Stay tuned!

Note: The live blog may take a few seconds to load. Please don’t go away!