"No genuine Indian citizen should have any fear," said the registrar general, while talking of people who had been left out of the list. 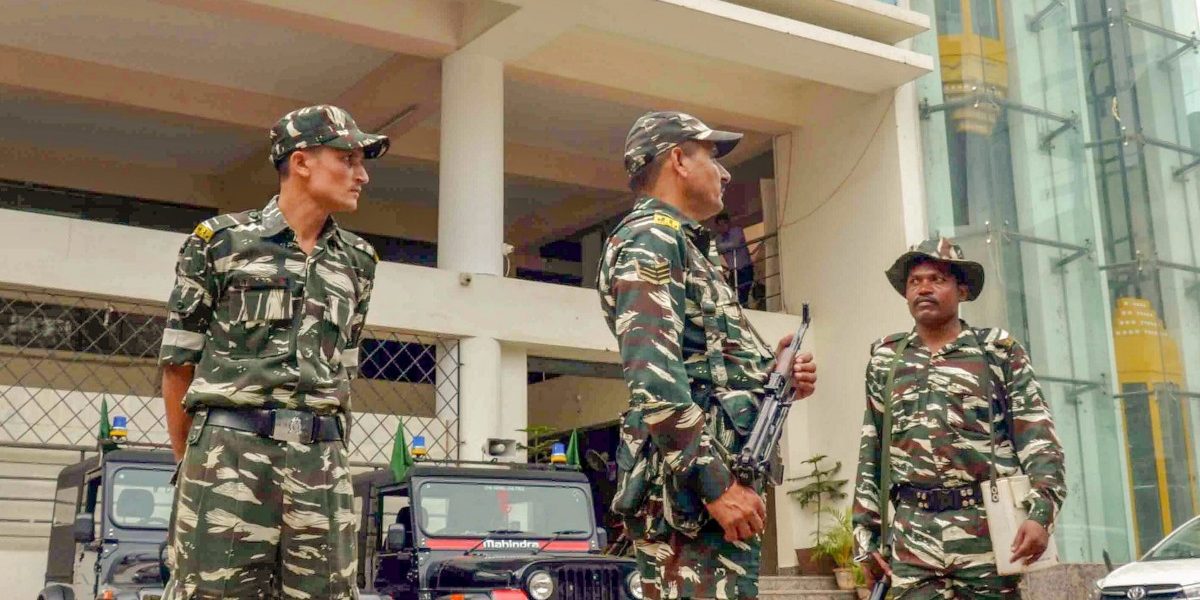 Security personnel guard the NRC office in Guwahati ahead of the release of the final draft. Credit: PTI

Guwahati: The much-anticipated second and final draft of the National Register of Citizens (NRC) was published today with 2.9 crore names out of the total 3.29 crore applicants in Assam, said registrar general of India Sailesh in Guwahati.

The names of 40.07 lakh applicants did not find a place in the historic document, touted to be proof of Assamese identity.

Rajya Sabha was adjourned till noon after members of the opposition voiced vociferous disagreement with the number of names left out.

No sooner had the House mourned the death of a former member and listed papers presented, TMC members led by their leader Derek O’Brien were up on their feet raising the issue.

SP members and some from the Congress too started raising the issue leading to a din.

Chairman M. Venkaiah Naidu first said he had not received any notice and later said that some members had met him expressing desire to raise the NRC issue.

“I myself have requested the home minister to come (to respond to members’ concern),” he said adding he was ready for a discussion.

As unrelenting members moved to the aisle, he warned that House proceedings would be adjourned if they did not return to their seats.

As members moved into the well of the House, Naidu to adjourned proceedings till noon.

Out of 3.29 crore applicants, 2.89 crore have been found eligible for inclusion in the complete draft of NRC, that was released in Guwahati this morning. This meant that the names of 40.07 lakh have been left out.

Earlier, the House mourned the passing away of N Thangaraj Pandian, a former member of Rajya Sabha.

Pandian, who represented the state of Tamil Nadu from June 1992 to June 1998 in the Upper House, passed away on July 17, 2017 at the age of 61 years, Naidu said reading out an obituary reference.

Members stood in their places as a mark of respect for the departed soul.

The first draft of the NRC was published during the intervening night of December 31 and January 1 this year, containing 1.9 crore names.

“This is a historic day for India and Assam. The exercise is unparalleled in size. It is a legal process done under the direct supervision of the Supreme Court,” said Sailesh at a press conference.

The exercise was carried out in a transparent, fair, objective manner, he stated.

The NRC was meant to include the names of all Indian citizens who have been residing in Assam since before March 25, 1971.

Talking about people whose names did not appear in the final draft, Sailesh said, “The process for making claims and objections will begin on August 30 and continue till September 28. Adequate and ample scope will be given to people for making objections. No genuine Indian citizen should have any fear.”

The application process for the NRC started in May 2015 and a total of 6.5 crore documents were received from 68.27 lakh families across Assam, he added.

Congratulating the people of the state for the successful publication of the NRC, Assam chief minister Sarbananda Sonowal today said “the historic day will remain etched in their memories forever”.

The chief minister thanked the officials who were involved in updating the NRC. “For this remarkable feat, I extend my heartiest congratulations to the 55,000 officials engaged in NRC updation process and the people living across the Barak and Brahmaputra valleys, plains and hills of the state,” he said.

Sonowal expressed confidence that the NRC, which has become the “instrument to safeguard the interest of greater Assamese society”, would be able to pave the way for realising the hopes and aspirations of the genuine Indian citizens.

Both the Central and state governments have extended their support from the very beginning of the NRC publication exercise, he asserted.

“After the government led by the BJP and its allies assumed power in 2016 in the state, I went to the NRC office on May 25 that year to take forward the process,” he said.

Sonowal also urged people not to panic if their names did not appear in NRC draft as genuine Indian citizens would get “full opportunity” to make claims and objections.

“NRC is a national programme. It is the duty and obligation of every Indian citizen to maintain peace in the wake of its publication. I appeal to all sections of the society to desist from making any inflammatory or communal remarks,” he added.