Khwrmdao Basumatary, a villager in Assam, was nearly dragged away by security forces, along with alleged fake encounter victims Lukas Narzary and David Islary. The house from where the Narzary and Islary was picked up. Credit: Rajeev Bhattacharyya

Digoldong, Assam: Khwrmdao Basumatary can’t believe that he has been spared by the security forces personnel who barged into his house, early morning on March 30. He was abused, slapped and his hands tied up on the suspicion that he was a functionary of the outlawed and anti-talks faction of the National Democratic Front of Boroland (NDFB). He pleaded innocence with folded hands but the men in uniform were convinced that he was a militant. He was about to be dragged to a vehicle, but was let off only after his mother intervened and repeatedly requested the personnel to leave him.

“I cannot believe my luck,” said Basumatary, a resident of Digoldong village in Assam’s Chirang district, about 200 km west of Guwahati. “They found me sleeping with them (militants) in the same hut and that was the reason perhaps why the security forces thought I was a militant. But I have never been associated with them.”

It was around midnight when the family was woken up by continuous knocks on the door by four unarmed people. They asked for shelter and were subsequently allowed to sleep in one of the three huts in the small compound. Two members from the squad slipped out to another destination to spend the night. After about three hours, there was more noise and Basumatary’s mother, Binu, rushed out only to find the entire compounded being surrounded by police and army personnel. They entered the hut and dragged all the three people outside. While Basumatary was left behind, the other two who were picked up, have been identified as Lukas Narzary and David Islary – who were allegedly shot at Mandarguri located about five kilometres from the village. 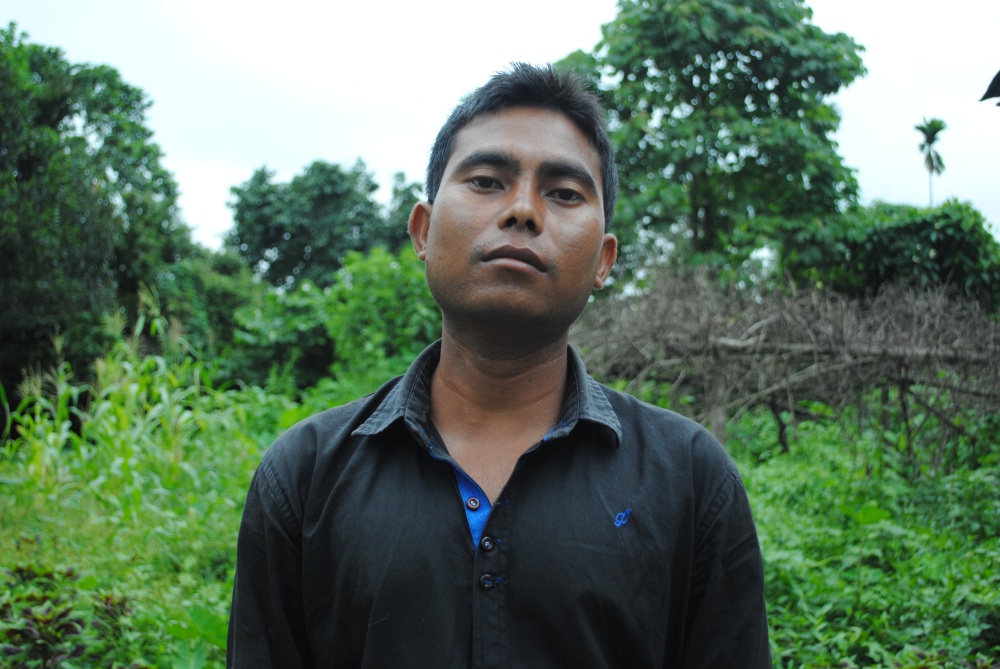 The incident came to light after the Indian Express reported that an inspector general of the CRPF, Rajnish Rai, had submitted a report to the headquarters of the paramilitary organisation stating that the encounter was staged and weapons were planted on the two men. He has made a case for a probe into the incident since it involved the police, paramilitary and the army. Rai is currently based at the CRPF headquarters in Shillong. Following this report, there were large scale protests by the All Bodo Students’ Union in all the districts of the Bodoland Territorial Area Districts (BTAD) including Chirang.

Basumatary, his mother and his sister were frightened after the tragic incident but soon recovered to resume their daily activities. However, his father, Ranjit, was not as lucky. He was panic-stricken and began to behave abnormally when he was shifted to the house of a relative in neighbouring Oxiguri village. He suffered from a stroke about two weeks earlier and has since been bed ridden. So far his family has not been able to arrange the money required for his treatment at the Bongaigaon Civil Hospital. 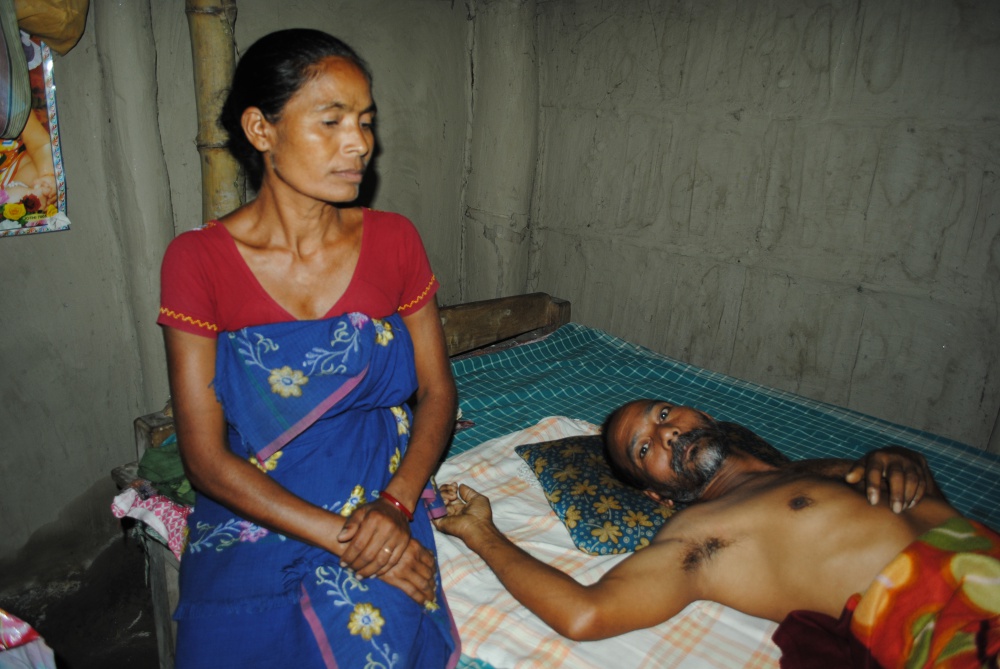 “David was not a militant”

Most of the residents that The Wire spoke to in Digoldong, Oxiguri and No. 2 Aie-Dhubri villages were unsure about Narzary’s activities.  They said he had been spotted very rarely in the region, in the last couple of years, which gave them the impression that he was possibly associated with the NDFB.   His wife Namita has also told the media that she did not see her husband for a long time.

But most of them were certain that David was not a functionary of the NDFB. His father, Miniswar Islary was inconsolable when asked about his son. “He (David) was my second son. He was deaf, illiterate and so he grew up working as an agricultural labourer at several places. Then he was arrested and sent to jail on the suspicion that he was a rebel. It was only 13 days ago that he was released and again picked up. We are convinced there was neither any encounter, nor any weapons with them,” he explained. He was echoed by his eldest son and other villagers who had gathered around him.

But why was David with Lukas on that fateful night? Was he actually working for the NDFB? There are no clear answers. The common refrain was that they were friends and they might have met after a long time. Civil society activists have questioned the security forces’ role as the “judge, jury and executioner” which have resulted in these staged encounters. 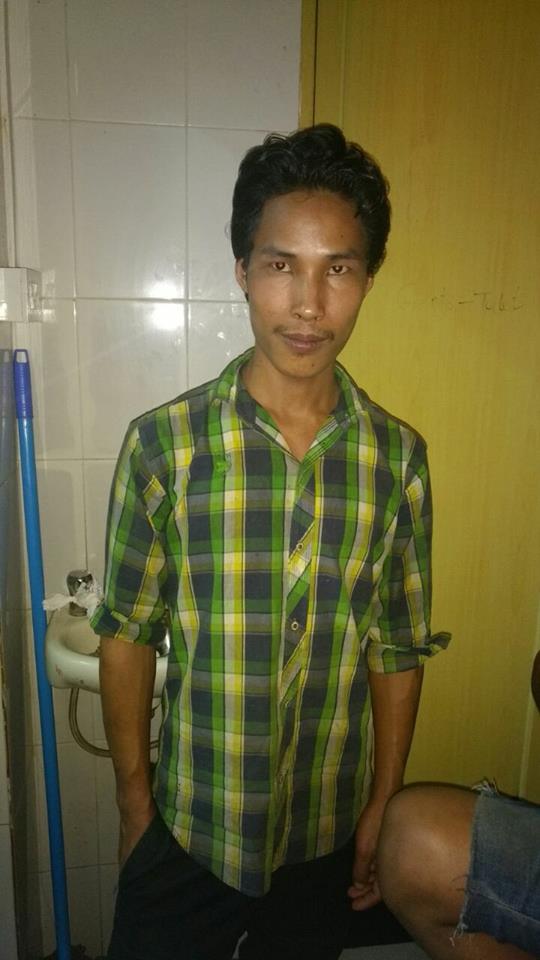 Tip of the iceberg?

Like Manipur and Punjab, Assam has witnessed fake encounters and “secret killings”, allegedly by the security forces, for a very long time. In Assam, the ignominious episode began in the early nineties but became more organised from 1998 during the regime of Asom Gana Parishad (AGP) when the state was reeling under insurgency and both ULFA and NDFB were on the upswing. The Justice K.N. Saikia Commission appointed by the subsequent Congress government in the state to investigate the killings concluded that “Army was involved everywhere.  There was proof of collusion between Assam Police and SULFA (surrendered ULFA).” The killings soon ended in the cities after the Congress government transferred some senior police officials suspected to have masterminded the operations. But they continued in remote areas and they remain shielded from the media.

In mid 2007, a few women stumbled upon a heap of human bones and skulls at Simla in Chirang after being tipped off by the locals.  This story was filed by this correspondent for Times Now which was telecast.  The residents of Simla were too scared to disclose details but it was an open secret that many innocent young men were picked up from the villages by the security forces and shot in the jungles. This trend has continued since and has been fuelling protests occasionally with civil society organisations filing cases in courts.

Anjali Daimary, president of Boro Women’s Justice Forum, feels that fake encounters have been more in Chirang and Kokrajhar than the other two districts of BTAD. She narrated an instance when the army shot a person by mistake, but had to give a job to the son of the victim after protests erupted.

There is no dearth of such instances in this border region where concrete roads sometimes vanish into the long and short shrubs abounding the area and where other basis amenities like electricity are yet to become realities of life. Another example comes from Mowphor village where Donda was apprehended from a house and shot in Khirubari. The villages have been warned several times by the security forces to keep their mouth shut and not to reveal anything to outsiders.

Rajeev Bhattacharyya is a senior journalist in Guwahati and author of Rendezvous With Rebels: Journey to Meet India’s Most Wanted Men