As a result of siltation, the Brahmaputra has been expanding – ranging from 2 km to 14 km. This is considered a major hurdle for dredging. 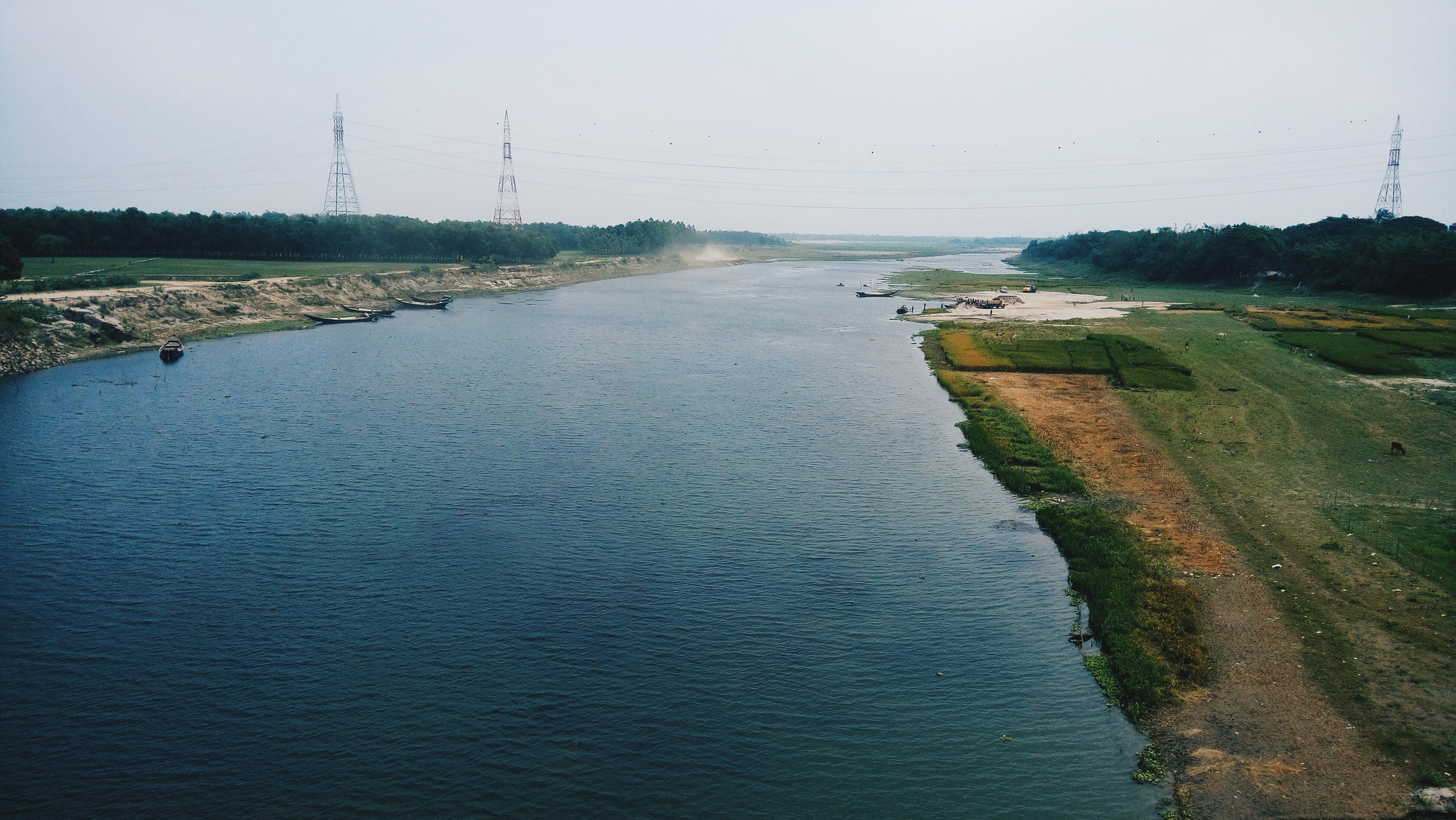 The Brahmaputra river on its way through Bihar, India. Credit: hasaniqbal/Flickr, CC BY 2.0

Dredging of the Brahmaputra river is being seriously considered by the Assam government as one of the answers to the problem of erosion that has gobbled up huge chunks of land on both banks of the river.

“Dredging of the Brahmaputra will yield a plethora of benefits. It is possible that erosion would be reduced as the depth of the river bed will increase and the force of the water would be less on the banks,” Assam chief minister Sarbananda Sonowal told The Wire. He added that the exercise could be carried out along all the affected spots including Majuli which he represents in the assembly.

Dredging is a measure to dig out sediments from the river bed and is usually used for clearing river mouths or narrow constrictions. Dredging, it is believed, will increase the water retention capacity of the river, with the result that the pressure on the bank would be reduced.

Erosion and floods are as much burning issues in Assam as are illegal immigrants from Bangladesh. The master plans prepared by the Brahmaputra board suggested constructing hydel projects over the major tributaries of the river for stemming floods. However, this has not materialised so far. Thousands of crores have been spent to check erosion in the past few decades both by state and central agencies but the situation has only turned worse.

From 1912 to 1996, it has been estimated estimated that Assam lost 2,358 sq. km of land due to erosion. From Dhubri to Sadiya, the river flows for a distance of 891 km. It is also one of the most braided rivers in the world with width variation from 1.2 km at Guwahati to more than 10 km at Dibrugarh.

With an annual discharge rate of about 19,830 cubic meter per second at its mouth, the river becomes the fourth biggest river in terms of discharge. Having such a large drainage area, the river is also heavily charged with sediment. The Brahmaputra transports approximately 13 million tonnes of suspended sediment per day during floods.

In sync with the chief minister’s views, a report was prepared two years ago by a Parliamentary Standing Committee that suggested dredging as a solution to the annual mayhem of flood and erosion in Assam. It appealed to the government to explore low-cost technologies for the exercise.

But dredging may be easier said than done. The Wire spoke to a former minister and experts and officials engaged with the issue and almost all of them were of the opinion that dredging is not a feasible proposition to put an end to erosion in Assam.

The Assam government undertook to dredge the Brahmaputra on an experimental basis in 1975 but the high cost ensured that the exercise remained confined to small stretches only. The result of this small experiment was not very convincing.

Bharat Saikia, a former superintendent engineer in the department of water resources and expert on erosion, recalls the operation that was carried out near Guwahati and at Majuli. “For dredging to be effective, it is first necessary to understand the nature and quantity of silt deposition.  Silt gets deposited very fast and so it is doubtful if such schemes would be successful,” he said.

It was not until 2010 that the government launched an operation again at a small stretch at Rohmoria to check erosion with equipment brought from Kolkata.  The outcome was however positive this time around but the exercise was stopped due to heavy expenditure.

Former water resources minister Prithvi Majhi who had approved the exercise explained that dredging helped remove the silt from the river bed.  “But dredging would have to be a continuous process since sediments get deposited very fast.   And it has to be complemented by other measures for checking erosion.”

As a result of siltation, the Brahmaputra has been expanding – ranging from 2 km near Guwahati to 14 km at places like Sadiya and Dibrugarh. This is considered a major hurdle for dredging, an official of the Brahmaputra Board explained, and added that that no river in the country had as many braided channels (small streams splitting from the main river) as the Brahmaputra, which was another impediment to the plan proposed by the chief minister.

The official’s views are echoed by other experts and previous reports. A report submitted by IIT-Roorkee in 2012 recommended “comprehensive watershed management as well as development programmes” for controlling sediment ingress into the Brahmaputra river system. As an antidote to erosion, it has made a case for the deployment of cost-effective control measures such as “single or multiple tier Jack Jetty system along with submerged vanes as per site condition feasibility.”

Arupjyoti Saikia, a professor of history at IIT Guwahati who is researching on the environmental biography of the Brahmaputra, blames the lack of a competent techno-bureaucracy and social capital required for such a massive river engineering and ignorance about the river.  For effective management of the river, he makes a case for making the flood plains a part of human actions through “extraordinary care and tenderness” and an evaluation of the embankment strategy that has been followed for the past several decades.

Besides dredging, the Assam government has also decided to expedite the projects that will link Majuli by bridge with both the banks of the Brahmaputra as a means to reduce the speed of the water that hits the banks of the river island. After completing of the schemes, the island will be connected to Lakhimpur and Jorhat.

The government has also firmed up plans to form an expert committee to be sent to China to study the management strategies of the Yellow River (Hwang Ho) and whether they could be replicated in the Brahmaputra for taming floods and erosion. The study, which will be conducted in association with the World Bank, will prepare a road map and take into account all details related to river engineering, basin characteristics, hydrology, channel morphology and floodplain evolution.

Rajeev Bhattacharyya is a Guwahati-based journalist and author of Rendezvous With Rebels: Journey to Meet India’s Most Wanted Men.