Runumi Gogoi is reportedly being pressurised by the National Commission for Protection of Child Rights to change her report on the status of the 31 tribal girls taken by RSS-affiliated organisations from Assam to Gujarat and Punjab last year, if she wishes to continue with the organisation. 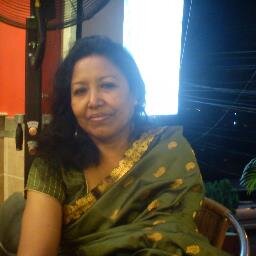 New Delhi: The chairperson of Assam State Commission for Protection of Child Rights (ASCPCR), Runumi Gogoi, is under pressure to “change her report” on the status of 31 tribal girls taken by three organisations affiliated to the RSS from Assam to Gujarat and Punjab last year, as per a news report on Monday.

Gogoi submitted her report on July 15 to the National Commission for Protection of Child Rights (NCPCR), the statutory body under which the ASCPCR functions. According to a news report published on Outlook website on August 1, though Gogoi “is yet to receive any official intimation”, “yet a few hours before this news (published in Outlook on Monday), she was threatened to change her report if she wants to continue in the Commission”. On July 29, the New Delhi-based magazine published a story titled “Baby Lift” after three months of investigation focusing on how 31 tribal girls from the northeastern state were trafficked by the Rashtriya Sevika Samiti, Sewa Bharti and Vidya Bharati to Punjab and Gujarat last year by flouting a 2010 Supreme Court directive that bars children from Assam and Manipur below the age of 12 years being sent to other states to pursue education. The apex court directive was in response to a probe into the trafficking of 76 children from these states, most of them minor girls, to “homes” run by Christian missionaries in Tamil Nadu.

Last year, on finding out about the girls “from an NGO working in Assam”, the ASCPCR, led by Gogoi, followed up the case. Gogoi wrote to the NCPCR in New Delhi and her counterparts in Gujarat and Punjab about the trafficking of the girls and subsequent violation of the Juvenile Justice Act, 2000, and also visited 20 of the 31 girls residing in Saraswati Shishu Mandir in Halvad (Gujarat) early this year.

According to the Outlook report on July 29, (a similar report was published by the investigative news site Cobrapost on the same day), although the anti-human trafficking unit of the Delhi Police’s crime branch, along with some other agencies, stopped the girls along with their local handlers — Korobi Basumatary and Sandhya Tikde (associated with Sewa Bharati) – as soon as they stepped out of the Poorvottar Sampark Kranti Express on June 11, 2015, at the New Delhi railway station, the Railway Police Force (RPF) finally handed them over to “one Ramnikbhai of Halvad in Gujarat and Bina of Patiala in Punjab, both working for the RSS”. The crime branch was reportedly tipped off by Child Line India Foundation, an NGO working for the protection of child rights in India, alleging that those poor girls were being trafficked.

After spending time with the girls at their present address in in Gujarat and Punjab, the reporters said the real aim behind the exercise was to instil “Hindu values”. The girls, belonging to Bodo and Santhal communities from Assam’s Kokjrajhar district, are aged between 8 and 14 years.

Gogoi, after visiting the girls, noted in the report to NCPCR: “While interacting with them, (trafficked girls), we were surprised to observe that most of them have forgotten their mother tongue within a span of one year since their arrival but at the same time they were very fluent in Gujarati language. This is a gross violation of a child’s right to identity and study and communicate in own language. It is important to mention that since their placement in the institute, the children have not met their parents and while enquired about the same, the trustees replied that after two years of their stay they would be ‘allowed’ to meet them”.

Gogoi’s report made the following observations –

How did the 31 girls move out of Assam without obtaining a no objection certificate from the Child Welfare Committee (CWC)?

Why were the children not produced before the CWC, Mayur Vihar, when rescued at the New Delhi Railway Station?

On what basis were the children divided between two groups and 20 sent to Halvad (Gujarat) and 11 to Patiala (Punjab)?

On what basis or on what ground did the government railway police (GRP) of New Delhi Railway Station handed over those children to the institutes without producing them to CWC after they were rescued by Child Line Central Zone?

What would happen to the children after they attain 18 years of age and return to their homeland?

Gogoi’s report recommended that “A MOU (Memorandum of Understanding) be signed between the states for transferring and bringing children of their won state which are rescued and kept in other states.” It also said, “Even if there are certain procedural requirements which may delay the return of these children back to their home town, arrangements to be made immediately so that the children could meet their family/parents at the earliest”.

It also suggested that the GRP and the RPF should be instructed that “every single child rescued at any railway station must be produced mandatorily to the corresponding CWC.” And in case of “any rescue of children from other states and temporary placement, intimation of the same (should) be provided to the concerned SCPCR [State Commission for Protection of Child Rights], SCPS [State Child Protection Services] and CWC.”

On Tuesday, although Gogoi refused to make any comment on the reported pressure from NCPCR to change her report, ASCPCR member Gopal Sharma told The Wire, “We at ASCPCR want to say that we did nothing above the law. We followed it like any other case needs to be followed and filed that report”.

In February 2014, Gogoi, pursuing a similar case, rescued nine Assamese children from a child care home run by a Christian missionary outfit in Bengaluru. In 2014, under Gogoi’s term, Assam became the first state to observe Child Protection Day on March 4 to secure the future of the state’s children.

In reaction to the Outlook expose, Rashtriya Sevika Samiti and Sewa Bharti held a press meet in Guwahati on August 1, terming the incident as false. Although Basumatary, one of the handler who was present at the meet, did not deny sending children out of the state for education, she disagreed that the girls were taken away from the parents without following the due process.

“We took written permission from the parents and the Gaon burha (the village headman) to take away the girls,” she told the local reporters. The outfits also produced some of the parents of the girls at the meet. Adha Hasda, the father of one of the girls who was quoted in the Outlook report, was present too. He, however, failed to read out to the reporters the content of his consent letter, written in English, signed in presence of a notary public, based on which his daughter Srimukti was taken to Gujarat.

In spite of the Supreme Court order, over 5000 children have gone missing in Assam between 2012 and 2015, according to a CID report quoted by Outlook.

Set up by an Act of parliament, the NCPCR is mandated “to ensure that all laws, policies, programmes, and administrative mechanisms are in consonance with the child rights perspective as enshrined in the Constitution of India and the UN Convention on the Rights of the Child”.