On the Back Foot After HC Judgment, Ashok Gehlot Raises Pitch For Floor Test

Many in Rajasthan are looking at Gehlot's five-hour dharna in front of Raj Bhavan as a sign of panic. 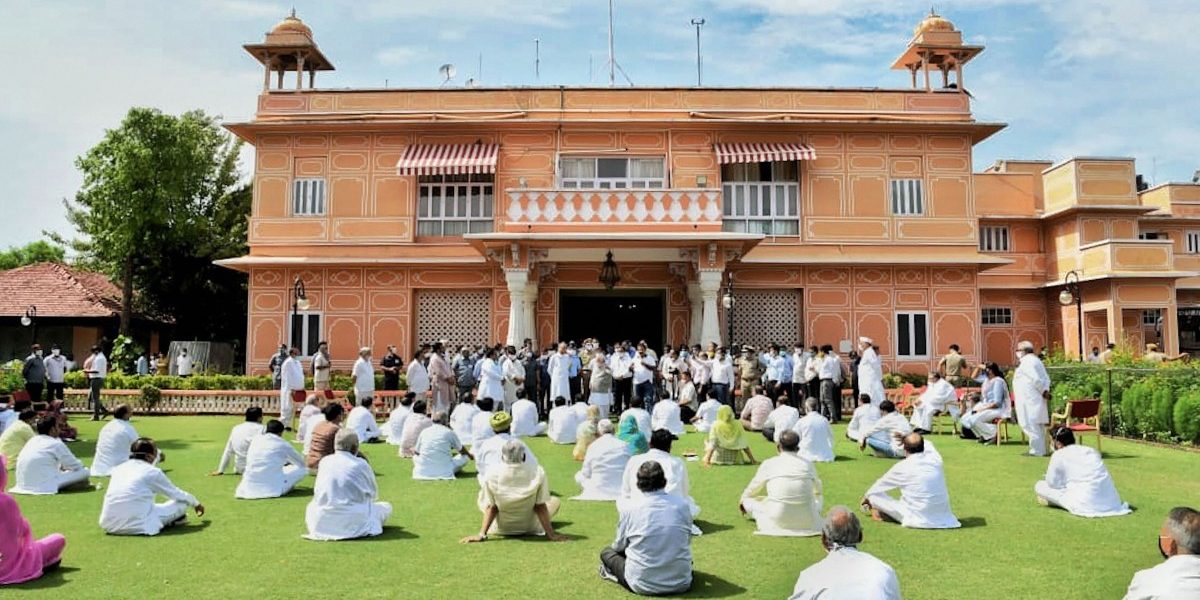 Jaipur: The Rajasthan high court’s order to restrain the assembly Speaker from conducting disqualification proceedings against the 19 rebel Congress MLAs led by Sachin Pilot has come as a shock to the Ashok Gehlot government’s floor test ambitions.

As a mark of how serious the jolt is, former Congress president Rahul Gandhi tweeted for the first time since the drama began, late on Friday. Rahul pinned the blame on BJP, for its alleged conspiracy in removing the Rajasthan government.

“The country is ruled by constitution and law. Governments are formed and run by the majority of the people. The BJP conspiracy to bring down the Rajasthan government is clear. This is an insult to the eight crore people of Rajasthan. The Governor should call a session of the Legislative Assembly so that the truth comes before the country,” he wrote in Hindi.

In an assembly of 200 members, the Congress had 107 MLAs and 1 MLA from its coalition partner Rashtriya Lok Dal (RLD). The Bharatiya Janta Party has 72 MLAs and its ally Rashtriya Loktantrik Party has three. The Bhartiya Tribal Party and the Communist Party of India (Marxist) have two each and there are 13 Independents.

Based on how things have rolled out so far, Congress has 19 fewer than its original 107 MLAs, and thus has 88.

However, Gehlot claims to have the support of some Independent MLAs, even though we do not know how many of them are in his camp. He has also claimed support from Rashtriya Lok Dal’s single MLA, both the Bhartiya Tribal Party’s MLAs and one of the CPI(M) MLAs. This means, Gehlot has 88 + 1 + 2 + 1 = 92 MLAs, in addition to an unspecified number of Independents.

Considering that the majority mark is 101, these Independents are going to play an important factor if the Rajasthan assembly goes for the floor test.

Out of the 13 Independent MLAs, the Gehlot government has recently registered an FIR against three of them for luring other MLAs into toppling the government. The three are Om Prakash Hoodla, Suresh Tank and Khushveer Singh.

This brings down the likely Independents’ count, in the best case scenario, for Gehlot, to 10.

If indeed it is the best case scenario, then Gehlot has the support of 102 MLAs – one more than what is required to prove majority in the House.

Disqualification of the Pilot camp would have benefited Gehlot the most, as the half-way mark would have come down to 91, which would in turn mean that Gehlot would need the backing of only three MLAs outside of his own party.

However, the current situation has made it clear that Gehlot cannot rely on the Pilot camp’s disqualification. He seems to be now pushing for a floor test to get done with the suspense over his majority in the assembly.

In fact, a day before the HC gave its verdict, Gehlot approached the Rajasthan Governor Kalraj Mishra with the cabinet recommendation to call an assembly session for the floor test but did not receive any response. 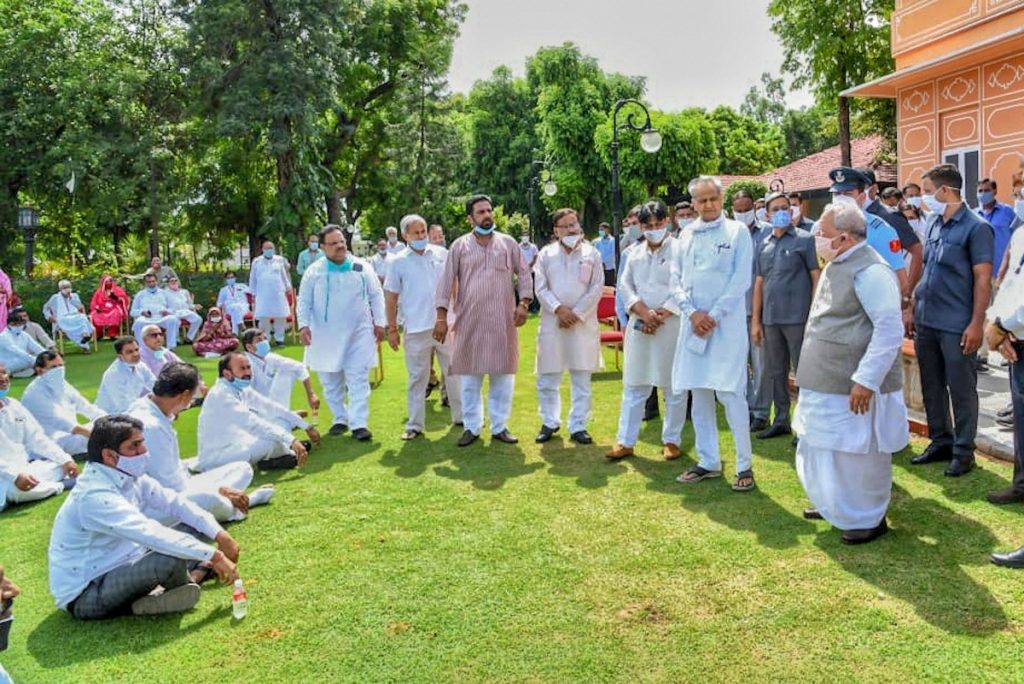 Later, on Friday, after the high court’s order, Gehlot along with his supporting MLAs staged a protest outside the Raj Bhavan.

Mishra, however, wanted the government’s clarification on some points before he makes the announcement, Congress leaders said as they emerged from the Raj Bhavan.

‘Why don’t you get the floor test done?’

“As per the cabinet’s decision, we had sent a letter to the Governor yesterday requesting him to call an assembly session. We believe that due to pressure from above, the Governor is not letting the assembly session take place. Why don’t you get the floor test done?” Gehlot told reporters in Jaipur.

Many in Rajasthan are looking at Gehlot’s move as a sign of panic.

“Staging a protest outside the Raj Bhawan shows Gehlot’s desperation,” said Rajendra Bora, a political analyst and senior journalist based in Jaipur. “This is the first time that Gehlot has been challenged. All this while, he was the one who confronted other politicians.”

He further added that the current turn of events could lead to President’s rule in the state. “There is going to be a rally in support of Sachin Pilot on July 26 where the Gurjar and Meena communities are expected to come out on the roads. If that happens, communities supporting Gehlot would also stage similar rallies. If there is any law and order breakdown, the Centre will push for President’s rule,” said Bora.

On the question of whether there could be an assembly session in Rajasthan, especially after the Gehlot government has made a recommendation to the Governor, legal experts say that the Governor does not have discretion in the matters of summoning and dissolving the House.

“In the Nabam Rebia case, a five-judge constitution bench held that once the Cabinet sends a recommendation, the Governor is bound to convene a meeting of the Assembly for the floor test,” Sunil Fernandes, advocate-on-record, Supreme Court told The Wire.

However, political analysts believe that the Rajasthan Governor has already decided against calling an assembly session. “Mishra has already refused Gehlot’s recommendation citing the pandemic; it is unlikely that he is going to consider their request again,” said Bora.

Note: This article has been updated with Rahul Gandhi’s tweet.