Earlier, Siddiqui said that he would likely contest in at least 45 seats in Bengal after floating his own party. 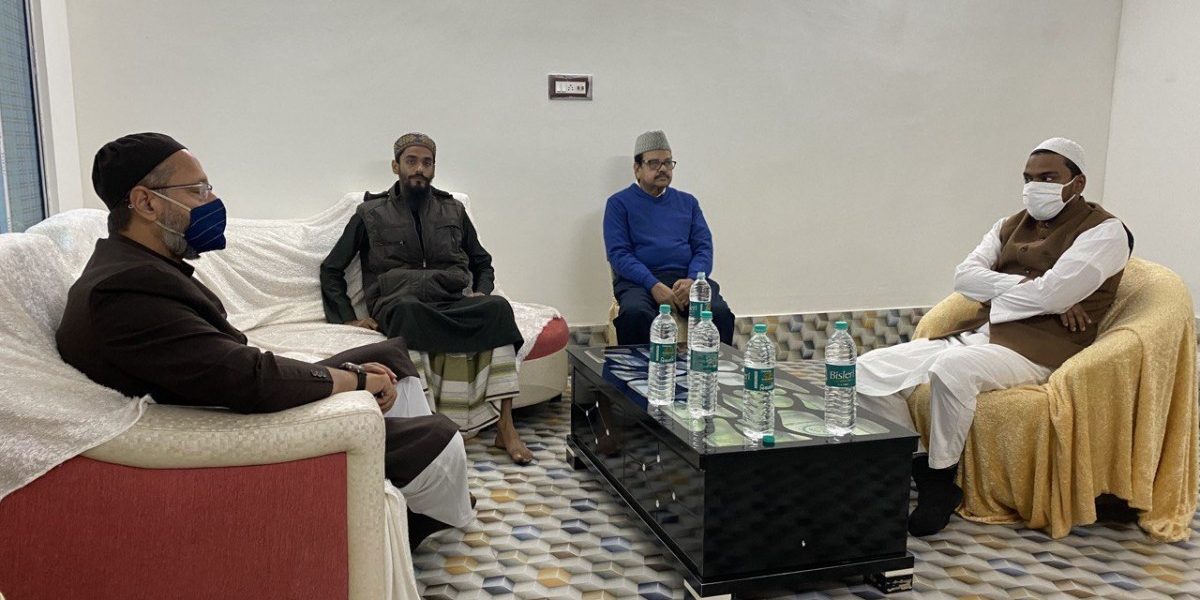 After the meeting, while interacting with reporters, the chief of the Hyderabad-based party said, “We will work with Abbas Siddiqui. We will work behind him and support whatever decision he takes.”

This is the first time Owaisi visited West Bengal after he announced he would contest elections in the state. Sunday’s development is a significant one ahead of the crucial state elections, as it could make a dent in Trinamool Congress’s (TMC’s) minority vote bank.

Owaisi, however, didn’t clarify whether it is Siddiqui who will lead the AIMIM in Bengal or if his party will forge an alliance with Siddiqui’s.

Siddiqui, who is in his mid-30s, has a notable social media presence. He had earlier announced that he would float a party by December 2020 end and contest the 2021 elections. However, he is yet to announce the launch of his party.

“Saheb (Siddiqui) is meeting with various leaders and is working on all contours of his political career. He will announce something in the next two weeks. Today’s meeting with Owaisi saheb was extremely crucial for him and he was pleased after meeting him,” a close aide of Siddiqui’s told The Wire.

With more than 30% vote share, Muslims are a deciding factor in at least 90 assembly segments in Bengal.

Earlier, Siddiqui said that he would likely contest in at least 45 seats in Bengal. He had invited all secular parties to forge an alliance and fight against communal forces together.

Of late, Siddiqui has been speaking out against the state government, alleging underdevelopment of Muslims and corruption. Siddiqui has a formidable presence in some parts of South and North 24 Parganas districts.

“He won’t be able to win many seats but he can definitely cut minority votes in favour of the TMC. Even that can pose trouble for us (the TMC),” said a TMC leader from North 24 Parganas.

Reacting to Sunday’s development, veteran TMC MP Saugata Roy said, “The AIMIM is nothing but a proxy of the BJP. Owaisi understood that his party has no political future in Bengal. So, he is trying to forge an alliance with Abbas Siddiqui, but even that will fail. Muslims in Bengal stand firmly by Mamata Banerjee.”

Maidul Islam of the Centre for Studies in Social Sciences in Kolkata opines that Sunday’s announcement won’t have “too much electoral significance” in the upcoming election, but it has been established that AIMIM alone is “hardly a factor in Bengal”.

Islam further said that Muslims in Bengal have gained on various counts during Mamata Banerjee’s government and with the Citizenship (Amendment) Act/National Register of Citizens looming large, they “won’t shift” allegiance that easily. At best, “Siddique-AIMIM could be a spoiler by eating into TMC’s vote share in some pockets.”

Left-leaning political activist Prasenjit Bose in a social media post said, “The most counter-productive response to the rise of the BJP in West Bengal is to prop up a ‘Muslim’ alternative instead of a secular one. Unfortunately, that is precisely what Jb. Asaduddin Owaisi seems to be doing so on the eve of the West Bengal assembly elections.”