As UP Polls Inch Towards Bipolar Contest Between SP and BJP, Alliances Remain Crucial

According to a survey undertaken by the reporter over the last two months, the polls will see a direct contest between SP and BJP. Congress is a potential contender on very few seats, while BSP seems to be losing support. 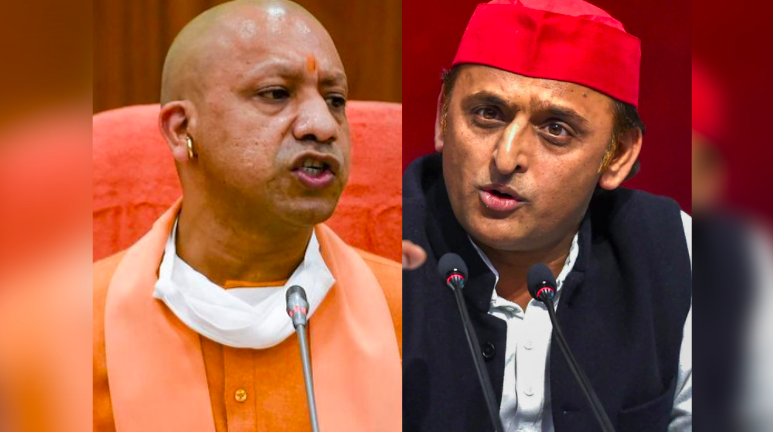 Given the hectic political activity in Uttar Pradesh over the last few months, with each political party in the fray already making electoral moves, the countdown for the state assembly polls scheduled early next year has already begun.

Chief minister Adityanath has been busy giving interviews to several news channels, while also spending crores on advertisements. Samajwadi Party (SP) president Akhilesh Yadav has declared that the Bharatiya Janata Party (BJP) will be dealt a heavy blow in the upcoming elections. At the same time, the relatively weak Congress under the leadership of general secretary in-charge of Uttar Pradesh Priyanka Gandhi Vadra has been trying hard to cement a political space for itself. Gandhi told her party cadres in Lucknow that they should work tirelessly till elections. She also went to Lakhimpur Khiri to talk to the women victims of violence perpetrated allegedly by BJP cadres during the elections to local body presidents.

These elections were marred by several incidents of violence where BJP cadres were allegedly seen preventing workers of opposition parties from filing nominations, attacking them and even the police when it tried to intervene. The saffron party cornered a lion’s share in the block and district president elections, amid allegations of political manipulation as the SP won the highest number of members in these elections.

Although Bahujan Samaj Party (BSP) mostly remains inactive on ground, party supremo Mayawati’s statements are now coming out regularly. UP, it seems, is now warming up to the 2022 assembly elections after a lull of months due to the COVID-19 second wave that hit the state hard.

Also read: Party Strengths, Possible Alliances: What’s in Store for the 2022 UP Elections?

Perception of voters and issues

According to a survey undertaken by the reporter over the last two months, it appears that the state may be inching towards a ‘bipolar contest’. On asking, ‘Who will be in fight this time on your seat’, a majority of respondents said it will be a direct contest between SP and BJP. While Congress expectedly figured as a potential contender on very few seats, BSP’s absence in most conversations was rather conspicuous.

“BSP doesn’t have much power now. Neither leaders nor voters, only Jatavs are left to support the party,” said a group of respondents from Dalit Khatik community in Kanpur Dehat district. In fact, most of the Jatav voters with whom this correspondent spoke with also accepted this fact that the party has the support of only Jatavs among the Dalits, and no other community. In a state like UP, where parties have historically aligned caste and community equations in their favour to mark a political presence, BSP’s downfall looks imminent against such a backdrop.

BSP has been losing much of its core support base of Dalits, and the party has been trying hard to woo disgruntled Brahmins in the run-up to the polls to build a viable social coalition. However, in its strongholds like Saharanpur and Muzaffarnagar, even Jatav youths have warmed up towards Chandrashekhar Azad Ravan’s Azad Samaj Party (ASP). On being asked about the performance of the BJP in the state, even BJP supporters did not have much to say except law and order and clean governance. Most of the respondents were critical of the saffron party, especially the youth, on issues related to education and employment. Even BJP supporters among the OBC youth – including Lodhis and Kurmis – accepted that Adityanath’s predecessor Akhilesh Yadav had done a better job as chief minister in terms of jobs and education.

More than the COVID-19 deaths and health mismanagement, majority respondents criticised the incumbent government on lockdown and loss of jobs caused by it. And in the rural areas, crop loss due to stray animals, especially cows, is a major issue. “Modiji had said, ‘I am a watchman’, so he turned everyone into a watchman. Now all night we have to guard the crops,” said a respondent in Sareni seat of Raebareli.

Increasing prices of agricultural inputs like Diammonium phosphate (DAP) and diesel combined with unprofitable prices for farm produce and no surety of government procurement were also issues that figured very prominently in electoral discussions.

Further, many believed that SP could come back to power. “Akhilesh aa raha hai” (Akhilesh is coming) is a sentiment that many respondents echoed. However, there are two conditions. A significant section among those who believed that Akhilesh is coming was a bit sceptical about the party’s poor record on the front of law and order.

On the other hand, Adityanath, despite multiple cases of alleged illegal encounters making news during his time, is largely seen as a taskmaster who could restrict crime and criminals. “When SP is elected, crimes increase. Currently, at least there is peace,” said a group of OBC BJP supporters in Farrukhabad, even while accepting that the saffron party has not delivered much. Secondly, among Hindu respondents across caste lines, many of those who were appreciative of Akhilesh Yadav were also critical of people like Azam Khan and the alleged “Muslim appeasement” done by the party.

That the Congress could also do well, if it allies with one of the regional forces, is also shaping the political ground in UP. In regions like Awadh and west UP and some parts of Purvanchal, a sizeable chunk of voters believed that the situation of Congress has improved after the induction of Priyanka Gandhi-Vadra into the party, and if Congress goes into alliance with SP or BSP, that alliance will do better in elections.

Also read: What’s the Way Forward for Priyanka Gandhi and Congress in UP?

In UP, BJP created a huge social alliance of upper-castes, non-Yadav OBCs and non-Jatav Dalits before the 2014 elections, and it is this alliance that had kept it in safe waters till 2019, even when pitted against the alliance of SP and BSP. This social alliance seems to be falling apart this time.

Among the OBCs, Kurmis are extremely critical of the party in places like Barabanki, Allahabad, Basti etc., while Lodhi voters, who are considered staunch BJP supporters, were also critical of the party in places like Shahjahanpur-Hardoi. Kurmi respondents criticised the BJP for various reasons like farm issues, inflation, unemployment etc., while Lodhis cited an absence of Lodh anchors like Kalyan Singh and Uma Bharti from the state’s politics and the “neglect” of new Lodhi leaders.

Among non-Jatav Dalits, Pasis across the Awadh region were particularly critical of the BJP and openly expressed that they will back SP this time. Similarly, smaller Economically Backward Classes (EBC) like Pal, Vishwakarma etc. also expressed similar opinion. Muslim voters across regions expressed explicit support for SP, even if it fields a Hindu candidate on Muslim-dominated seats. “Bengal ka sabak”, or lesson from Bengal, where prevention of division among Muslims led to BJP’s defeat, was a phrase repeated by the Muslim respondents throughout the state.

Most critical of the BJP this time were the Jats across western UP who overwhelmingly criticised the current government. Surprisingly, some of the Jat voters were appreciative of Adityanath but were critical of Modi for passing the farm laws. Sikh voters in the Terai region also expressed displeasure over the farm laws.

On the other hand, upper-castes, Kushwaha-Saini-Shakya voters, Nishads and Valmikis expressed clear support for the BJP. However, there was no such thing as the much-touted “Brahmin anger”, even though Brahmins were relatively less vocal about their support to the BJP compared to the last elections. Many of them also expressed support for strong Brahmin candidates from other parties. And the Nishad voters in Awadh and Purvanchal cautioned that if Nishad Party jumps ship, a sizable chunk may shift support, as was the case during the Gorakhpur Lok Sabha byelection before 2019 polls.

“BJP understands these issues, and that’s why Kurmi and Pasi leaders have been accommodated in the Union cabinet reshuffle, and concerns over Kalyan Singh’s death are also being expressed,” said a senior BJP leader in Lucknow, on condition of anonymity, while accepting that the social alliance is showing cracks.

Most of the BJP functionaries showed confidence that by the time of the election, the saffron party’s damage control measures would nullify any significant falling apart of its electoral vote bank.

While the strategy of the BJP seems to be avoiding a split in the “Hindu votes”, it is also making attempts to keep various castes together. In this situation, an effective counter-strategy for the opposition would be to build a bigger vote block. It is because of these reasons that building alliances of smaller castes and parties is such a crucial task for mainstream parties.

While the BJP has Apna Dal led by Kurmis and Nishad Party for Mallah voters, SP is planning an alliance with the Rashtriya Lok Dal for Jats and ASP for Jatav votes, to add on to its Muslim-Yadav voter base.

In a recent statement, Priyanka Gandhi-Vadra also said that her party’s primary objective is to defeat the BJP in UP, which indicates that the party leadership is open for alliance with like-minded secular parties. In the current scenario, it is only the BSP which seems to be uninterested in building any alliance. Whether it is due to confidence in the party’s own capabilities or detachment from ground realities is something that needs to be seen as the campaign unfolds.