As BJP Suffers Big Losses in the By-Polls, Is the Tide Turning in Himachal Pradesh?

The BJP government is facing people's anger on the issues of poor governance, rising prices and unemployment. 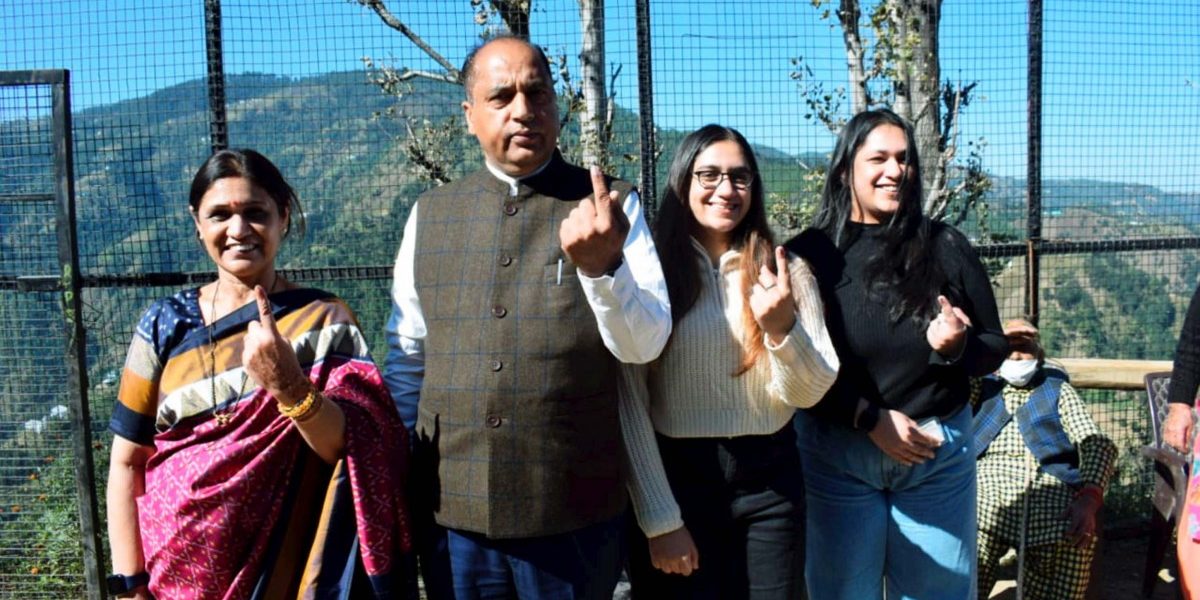 Chandigarh: In a major setback for the ruling Bharatiya Janata Party (BJP) government in Himachal Pradesh, the Congress on Tuesday won the Mandi Lok Sabha by-poll as well three assembly constituencies – Arki, Fatehpur and Jubbal-Kotkhai – that went for by-polls on October 30.

The biggest embarrassment for the ruling party was in Mandi, the home turf of chief minister Jai Ram Thakur.

The by-polls were spread over eight districts, and were being seen as a referendum before the fresh assembly polls in November next year.

The outcome of the by-polls, in which the BJP could not win even a single seat, is being seen as proof of a strong undercurrent against the ruling government on the issues of poor governance, rising prices and unemployment. The rise in fuel costs was among the top agenda items for the opposition in the Mandi parliamentary by-poll.

Besides this, there was resentment among apple growers in the state after wholesale prices of the fruit nosedived. Growers blamed this on the BJP government, for its failure to rein in big corporate forces like the Adani Group which heavily slashed procurement prices.

A senior journalist, who wished not to be named, told The Wire that the BJP government in Himachal fought this election on a developmental plank. They claimed that the state grew in the last four years of their government. By voting for the Congress, voters have sent the message that they think the BJP’s claims lack substance.

“Two things will immediately happen after the by-polls. First, a chorus will grow for the removal of chief minister Jai Ram Thakur. Second, a leadership war will intensify in the Congress after its spectacular win,” he said.

While political reactions from the BJP leaders are awaited, Congress Himachal president Kuldeep Singh Rathore told the media that this election is a referendum on the BJP’s misrule over the last four years, its COVID-19 mismanagement and large-scale corruption on the ground. “The wind is blowing in a different direction now. BJP’s days in HP are numbered,” he said.

BJP refused to see it coming

While the BJP’s misrule and social media propaganda is being blamed for the party’s defeat, many believe the poor ticket distribution and election mismanagement are equally responsible for the poor performance.

For example, the BJP gave a ticket to an unknown face, Neelam Seraik, in the Jubbal-Kotkhai constituency (Shimla district) that fell vacant after the demise of party heavyweight Narinder Bragta. This move miserably backfired; she lost her security deposit as she just polled 2,584 votes, less than 5% of the total votes.

Former banker Chetan Bragta – son of Narinder Bragta and a BJP youth leader – who was believed to be a strong contender for the party ticket played a spoilsport for the BJP’s chances to retain the seat. Contesting as an independent, Chetan got almost 23,344 votes, while Congress nominee Rohit Thakur won the seat by a margin of over 5,700 votes as he got 29,447 votes.

Jubbal-Kotkhai was traditionally a seat won by the Congress party; it won the seat as many as 10 times since the elections were first held here in 1951. It was Narinder Bragta of the BJP who had managed to break into the Congress bastion. But with Thakur’s win, the seat has gone back to the Congress party. A BJP leader, seeking anonymity, told The Wire that the party made a blunder by not giving Chetan the ticket.

In Fatehpur constituency in Kangra district, the BJP again lost reportedly because it put up the wrong candidate. In the 2017 election, the party fielded Kripal Parmar, former Rajya Sabha MP, who had been working in the constituency for a long time.

However, this time the party gave the ticket to Baldev Thakur, who fought as an independent against Parmar in the last election and defeated him.

Parmar has had the last laugh as Baldev Thakur lost to the Congress nominee, Bhawani Singh Pathania, in the by-poll by over 5,000 votes. Parmar and his supporters remained silent during the campaign.

On the other hand, another BJP rebel, Rajan Sushant, who too was in the fray as an independent, dented the BJP’s vote bank and proved a catalyst in Baldev Thakur’s defeat. Sushant got more than 12,590 votes, whereas the BJP’s nominee got just 18,478 votes. The winning candidate from the Congress polled 24,249 votes.

Ratan Singh had lost the 2017 elections to Virbhadra Singh and was trying his luck again. But it was Awasthi who snatched victory for the Congress party by winning the election by an over-3,000-vote margin. Against the BJP candidate who received 27,216 votes, Awasthi got 30,493 votes.

Mandi a major setback for BJP

The major focus of the October 30 by-poll was on the Mandi parliamentary constituency that fell vacant after the demise of BJP MP Ram Swaroop Sharma.

BJP fielded a Kargil war hero, retired Brigadier Khushal Thakur, hoping to wrest the seat by invoking nationalist sentiments. The party also thought ex-servicemen of the constituency will vote for it.

The Congress’s trump card by fielding Pratibha Singh – former MP and wife of former chief minister Virbhadra Singh – worked well as she snatched victory for the party in a close contest.

Here too, internal rumblings within the BJP played a visible role. BJP’s Kullu leader, Maheshwar Singh, scion of the Kullu royal family and one of the aspirants for the Mandi seat, was believed to be upset. Maheshwer has considerable influence in and around Kullu. His silence is believed to have hampered the party’s poll prospects.

As per the election result, the Congress nominee was leading in more than 10 assembly constituencies out of 17 that went for polls under the Mandi parliamentary election.

As per the final result, while Pratibha of the Congress got 3.65 lakh votes, BJP’s Brigadier Khushal Thakur was polled 3.56 lakh votes.

The loss of the Mandi election for the BJP in just two years hints towards major dissatisfaction towards the party, since Mandi was the home district of the chief minister himself.

Effect of the by-polls

The Congress’s victory in the by-polls is a shot in the arm for the party. It won these elections without the presence of Virbhadra Singh, who had been the party’s face here for more than 40 years.

There has been a leadership vacuum after his demise. Poll experts are of the view that after Congress’s extraordinary performance in the by-polls, an internal fight will grow within the party. The outcome of the by-polls is a clear sign that the Congress has a chance to win the elections next year.

Virbhadra Singh’s family’s claims to power will not be ignored now. The Congress was seeking votes in the name of former chief minister by playing the emotional card. The election victory means that the sway of his family in Himachal Pradesh politics has not diminished after his demise.

As far as the BJP is concerned, the polls were an eye opener. It could not have expected such an embarrassing defeat. For the assembly elections due next year, the BJP recently gave the slogan of “Gram Sabha se Vidhan Sabha tak” (from the gram sabha to the assembly).

But the way voters have rejected the party and its candidates in the by-elections shows that the people of Himachal Pradesh are looking for a change.vIn Himachal, there is always the trend of changing governments every five years.

Before the polls, The Wire spoke to Sanjay Tandon, the party’s co-incharge of Himachal affairs who was confident of the BJP’s win. “It is time for us to introspect. I think Congress was able to take the price rise deep to the grassroots level. Our government has done well with the monetisation schemes but price rise appears to be an immediate concern of the people. It is good that we have a full one year to make course correction and the party will accordingly take necessary steps,” Tandon said after the results.

Sources said that the BJP leadership will go into huddle after the verdict and think over possible course correction in times to come. This may include even replacing the chief minister; if that happens, it will not be a surprise, since the BJP central leadership has already changed several chief minister before elections in the past few months.