Opposition leaders are questioning the veracity of 21,59,437 lakh phone calls for a poll through which Mann was reportedly selected. 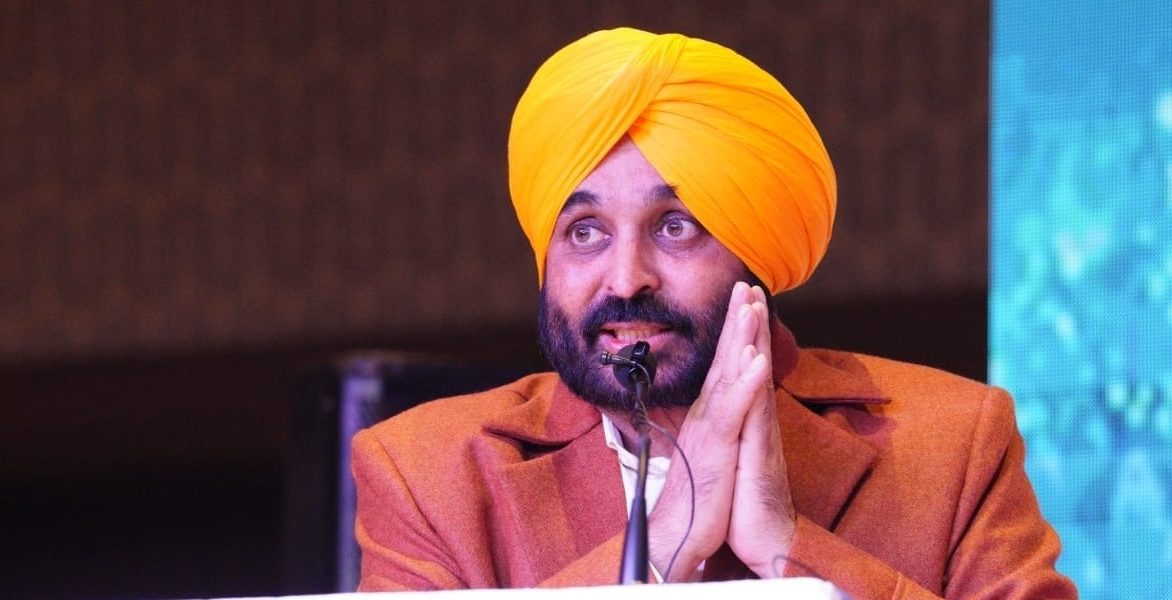 Jalandhar: A week after Aam Aadmi Party (AAP) national convener and Delhi chief minister Arvind Kejriwal announced Sangrur MP Bhagwant Mann would be the party’s chief ministerial candidate in Punjab, opposition leaders are questioning the veracity of 21,59,437 lakh phone calls for a poll through which Mann was reportedly selected.

On January 13, AAP had asked the people of Punjab to call, WhatsApp or SMS a number to choose a person of their choice as AAP’s chief ministerial candidate, calling it the ‘Janta chunegi apna CM’ drive. Then on January 18, Kejriwal named Mann as the chosen candidate. AAP had also claimed that 93.3% of the people who put in their preference had supported Mann.

Raising questions over AAP’s poll, Himanshu Pathak, who is associated with the Congress, released a video titled ‘AAP ka CM Scam’ and said, “AAP’s claim that they received 21 lakh calls from the public to decide the chief ministerial candidate is out and out propaganda. It was an attempt by AAP to create a perception among people that they were getting thumping support in Punjab. They used the phone call system as a tool to fool the people of Punjab.”

In the video, Pathak was saying that AAP has committed fraud against the people of Punjab, as the mobile number released for the poll – 7074870748 – was not a commercial number but a private one. “It is impossible to receive 21 lakh phone calls, seven lakh WhatsApp messages, voice mails and SMSs in four days on a private number. We have also learnt that the phone number was registered in the name of AAP Punjab co-incharge Raghav Chadha,” he said.

Pathak was one of the founding members of AAP and also served as the party’s state IT Cell head before joining the Congress in 2017. He pointed out that in order to receive 21 lakh responses, AAP would have received at least 5.25 lakh responses every day. “Even if AAP leaders kept receiving phone calls, WhatsApp messages, SMSes and voice mails throughout the day and night, they would have spent at least 15 seconds on each message. Going by this calculation, they should have merely received 5,760 messages per day, which makes 23,040 messages in four days,” he said in the video.

On AAP’s claim that they received seven lakh WhatsApp messages, Pathak said that this comes to 1.75 lakh messages every day. “It would have taken them a year to read bulk messages and around 50 computers with staff to complete the drive. AAP should explain what was the cost of this phone call drive and where this set up working,” he said.

Talking to The Wire, Pathak said, “The Telecom Regulatory Authority of India (TRAI) has fixed the per day limit of sending SMS to 200 messages on normal numbers. How could AAP receive bulk messages? Had this been a commercial or toll-free number, then these phone calls were possible. The commercial numbers give options like dial 1,2,3 to callers to register their response.” The limit Pathak referred to, however, is applicable on outgoing messages, not incoming.

He demanded that the Election Commission of India should take cognisance of AAP’s “propaganda”, as the model code of conduct was in place in the state. “Arvind Kejriwal should prove the phone call drive data, else he has no integrity to stay in Punjab,” he added.

Gandhi said that AAP’s drive was not genuine. “Arvind Kejriwal is an event manager and a theatrical politician. AAP’s claim that they received 21 lakh phone calls to select Bhagwant Mann as the chief ministerial candidate is a matter of investigation. Some technically trained agency should bring out the truth,” he said.

The ex-AAP MP said the fact is that AAP merely received some 7,000 calls and messages. “All their claims are as fake as their level of politics. We have also learnt that the phone number was that of Raghav Chadha. Social media is flooded with messages questioning AAP’s televote drive,” he said.

These days, Gandhi is leading a campaign against AAP in Punjab’s Malwa region, where the party enjoys a stronghold and has won 18 seats out of their total tally of 20 in the 2017 assembly polls. “Kejriwal is insulting Punjab by making illogical statements every day. I am reaching out to voters and asking them not to vote for AAP, which is obliquely following the Hindutva agenda. Bhagwant Mann is a stooge of Kejriwal’s and Kejriwal in turn is a stooge of the BJP-RSS. Punjab is a rich and civilised state, and people should not fall in this new danger of Hindutva politics and fake nationalism,” he added.

None of the AAP legislators were able to share details about the phone-in drive to select the chief ministerial candidate. However, they accused the Congress, SAD-BSP, BJP and alliance partners of indulging in petty politics, as AAP was all set to form the next government in Punjab.

While Raghav Chadha was not available for comments, Leader of Opposition in the Punjab Vidhan Sabha, Harpal Singh Cheema, said that such a response was expected from the opposition camp, as they were jittery over AAP’s rising graph in the state.

“We involved people in the televote and ran the drive legally. One week’s time was given to people to reach out to us through the phone number and the response was enormous. Arvind Kejriwal shared the details in his address. Bhagwant Mann is a man of the masses and people wholeheartedly supported him,” Cheema said.

However, when asked about the technical details of the phone-in drive, Cheema said that he is not aware of them.

Also read: From Parody to Politics: The Journey of Bhagwant Mann, AAP’s CM Face in Punjab

AAP’s deputy leader of opposition in the Vidhan Sabha, Sarvjit Kaur Manuke, also denied knowing any technical details about the phone-in drive and the people who worked for this campaign. But she said, “Not just people of Punjab but even the NRIs called us to declare support for Bhagwant Mann. Our phone-in campaign data is evident. The opposition is issuing statements for the heck of it.”

Reacting against the opposition’s allegations, AAP Punjab spokesperson Neel Garg said this was expected of them. “Our party’s phone-in drive to select the chief ministerial face was through technology-driven and internet-based calls. The opposition should explain how AAP’s graph started soaring within a week, if people did not call on our phone number to declare support for Bhagwant Mann? Moreover, the opposition leaders should know that these days, all calls are automated. Through computer-driven technology, the calls get automatically recorded. Rather, we received five lakh calls on day one itself, which shows people’s response,” he added.

When asked again if the phone number was private or commercial, Garg said, “I am not aware about this but these allegations are baseless.”

AAP MLA from Sunam, Aman Arora, also said that he has no idea about questions being raised on the phone calls or any video released on this issue. “I cannot comment on this, as it is a technical matter. But I do know that the phone number mentioned for the phone call was not that of Raghav Chadha. Raghav has been using only one phone number for the past five to six years,” he said.

Arora said the fact is that Congress, SAD-BSP and BJP have nothing to say against AAP. “They had resorted to malicious campaigns against us during the 2017 assembly polls too. Even now, after five years, they are back to old tactics. This is ridiculous,” he added.

Earlier, an AAP worker from Jalandhar, Balwant Singh, said that this is not the first time that AAP has used a phone number to register voter’s support. “We have also released a phone number 9115115599 for voters to register themselves for the Rs 1000 scheme for women above 18 years of age and free power supply. The opposition is targeting us over an imaginary claim,” he said.