'We Look to Our Leaders for Moral Clarity': An Open Letter to Arvind Kejriwal

The students and minorities in this country are being bullied in very real and terrible ways, and yet the impression your party spokespersons are giving is that they would rather not talk about it. I had the privilege of attending your swearing-in ceremony at Ramlila Ground. It was the first time I have ever attended something like this and I must say it was an unforgettable experience to be amongst one lakh people celebrating an electoral victory. I must congratulate you on your speech. It was reconciliatory and positive, and in stark contrast to the vitriol and hate that has marked the Bharatiya Janata Party’s campaign.

But if you don’t mind my saying so, you also sidestepped a few elephants in the room (or on the ground, if you prefer), namely, the countrywide protests against the Citizenship (Amendment) Act, National Population Register and National Register of Citizens, more specifically the ongoing sit-in protest at Shaheen Bagh, and most importantly, the sustained and blatant attack on the secular nature of India.

I understand your caution. These are not normal times in Indian politics. How could they be, when ‘secular’ has become a bad word and peaceful protestors are treated as enemies of the state? When election campaigns have become veritable minefields, one can understand your reluctance to be associated with controversy.

Also read | AAP: Soft Hindutva or a Bulwark Without Illusions?

But the most contentious elections ever in Delhi’s history are now over. You have won close to 90% of the seats in the Delhi assembly, and 60% of the popular vote. You have the people’s mandate to govern for another five years. Why then is there a palpable reluctance to talk about questions of secularism, communalism and citizenship that are bothering so many of us?

It is disconcerting to see your normally erudite and eloquent party spokespersons waffle and equivocate when having to respond to questions about Shaheen Bagh or the anti-CAA/NRC/NPR protests. While the Aam Aadmi Party has indeed done commendable work in the fields of education, healthcare and providing economic benefits to the common man, it is a bit odd to see your spokespeople immediately start talking about kaam ki rajneeti (politics of development) when actually being questioned about something else. 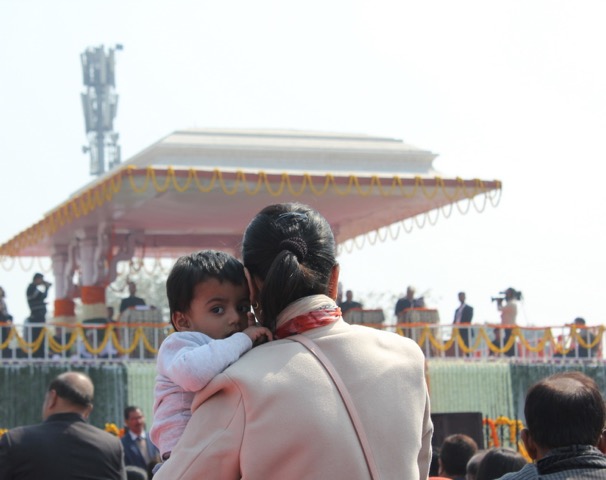 If I may use a school-related metaphor, it is almost like a school principal being asked about bullying taking place in the school and answering, “Have you seen our wonderful new playground and science lab?” While the new playgrounds and science labs may indeed be wonderful, the real issue is the bullying. A school principal who keeps doing that despite being questioned repeatedly about bullying will cut a ludicrous and suspicious figure.

The students and minorities in this country are being “bullied” in very real and terrible ways, and yet the impression your party spokespersons are giving is that they would rather not talk about it. I understand that one reason for this probably is that AAP is trying not to alienate a potentially vast voter base as it ramps up to go national, but Mr Kejriwal, you might actually end up alienating that vast voter base by not having a clear and articulated stand on an issue that has brought millions out on to the streets.

Both Hindus and Muslims voted for you in the Delhi elections because the alternative to AAP would have been too ghastly to imagine. I for one was on the edge of my seat on counting day and was hugely relieved when the BJP’s hate campaign did not win them the Delhi elections. But the question is – what now?

You have spoken out against CAA/NRC/NPR on TV channels like Times Now before the elections, and in your speech at Ramlila Maidan you said you are there for everyone. Those were heartening words. You also said, “All of you please call people back in your villages and say, ‘Our son has become the CM, there is no fear now’.”

So, can the women of Shaheen Bagh, the students of Gargi College and peaceful protestors who have been attacked by both cops and goons over the last few months also say “there is no fear” now? Are they also part of the ‘everyone’ that you have promised to work for? And what about the NPR, which is due to be rolled out starting April? What will your stand on that be? We look to our leaders not just for development work but also for moral clarity on burning issues. 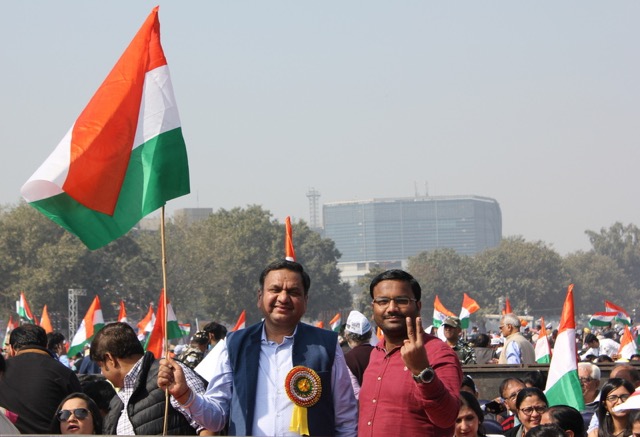 Incidentally, over the last few months, I have shown Richard Attenborough’s Gandhi several times to school students and in the process ended up watching it several times as well. There are two scenes in the movie that have moved me the most. The first is when Gandhi calls off the non-cooperation movement after the killing of the policemen at Chauri Chaura. The other leaders of the freedom movement try to object, saying the nation is on the move. To which Gandhi responds, “Yes, but in which direction?” For Gandhi, the moral means were as important as the political ends.

The other is a scene when after independence and partition, Jawaharlal Nehru, Mohammad Ali Jinnah, Maulana Azad and Acharya Kripalani are worriedly discussing the terrible riots and bloodshed in Calcutta and Gandhi gets up and slowly walks away. Nehru asks him where he is going, to which he simply replies, Calcutta.”

Also read | Arvind Kejriwal May Be Liberal India’s Darling, But He Isn’t the Solution We Need

And go to Calcutta he did. And stayed there with the people of Calcutta amidst great danger and almost lost his life fasting till the riots ended. Gandhi went where the pain was. He sat with the suffering and stood by those who everyone else preferred to forget. To me, the mark of a truly great leader is the ability to speak up for the underdog and champion an unpopular but righteous cause.

I truly appreciate the diligent efforts educated and compassionate AAP members like Atishi and others have made to make schools better places for children. I also laud the Delhi government’s efforts to make life better for Delhi’s millions. But what lies ahead, sir, is a battle for the soul of India. It is a moral battle. You are a leader of significance in modern India, and India is in the throes of a huge moral crisis. On our very deepest crises, we would appreciate knowing exactly where you will continue to stand, because, in the words of the Mahatma, “Non-cooperation with evil is as much a duty as is cooperation with good.”

We can trust you in matters of bijli, paani, and sadak – electricity, water and roads. Can we also trust you on matters of aatma and antaraatma – soul and conscience?

That is a question only you can answer.