No Dramatic Rise in Kejriwal’s Assets After Becoming CM

His affidavit shows income has dropped by nearly Rs 5 lakh per annum, while property appreciation saw his assets increase by Rs 1.3 crore. 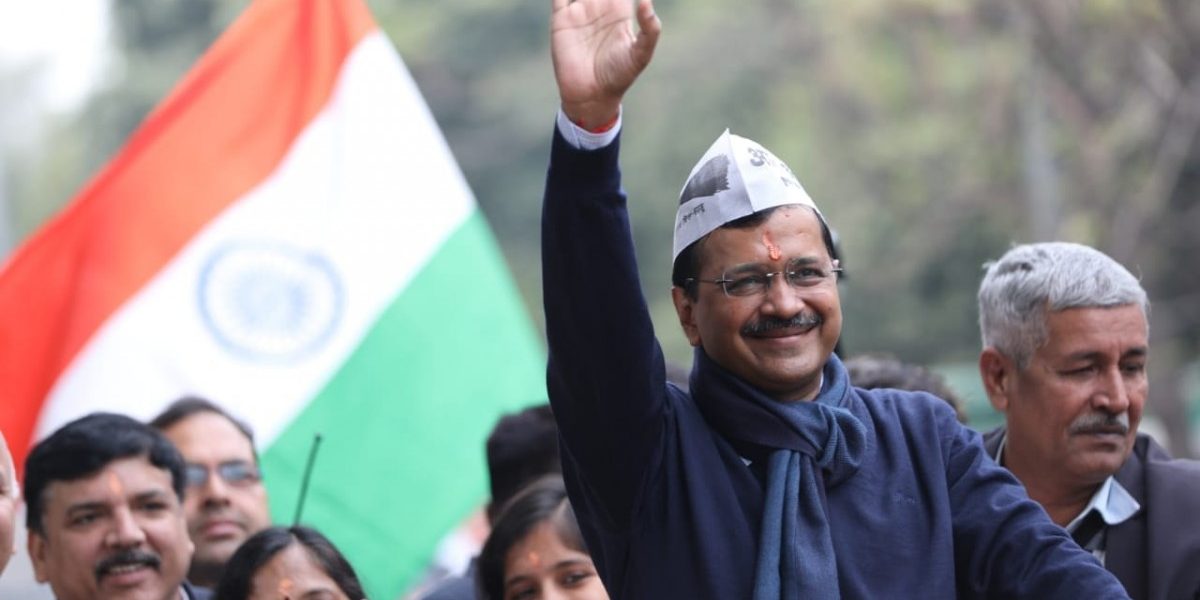 New Delhi: While assets of several chief ministers have grown exponentially after they completed a term in office, those of Delhi chief minister Arvind Kejriwal, who is contesting from the New Delhi seat, have only displayed a marginal rise, that too primarily owing to property appreciation.

According to the affidavit filed by Kejriwal before the returning officer, his total assets rose to Rs 3.4 crore from around Rs 2.1 crore in 2015, primarily due to the increase in the market value of two properties: a flat he purchased in 1998 and another that he inherited.

As per the affidavit, the cash and fixed deposits in the name of the 51-year-old politician and his wife, Sunita, increased from around Rs 15 lakh in 2015 to Rs 57 lakh in 2020. This again was primarily due to Sunita receiving Rs 32 lakh in voluntary retirement benefits.

As for movable assets like cash and investments, Kejriwal has declared their gross total value to be Rs 9.95 lakh in his name and Rs 57.07 lakh in the name of his spouse. He has also declared in his name one self-purchased flat in Indirapuram, Ghaziabad and inherited property in Shivani, Haryana with a current market value of Rs 1.4 crores and Rs 37 lakh respectively. It has also been declared that a flat was purchased by Sunita in Gurugram in 2010, the market value of which is now Rs 1 crore.

Kejriwal, a graduate in mechanical engineering from IIT Kharagpur, has also declared that while he was drawing a salary, his spouse was now drawing a pension.

Kejriwal has declared that there are eight cases of “criminal defamation” pending against him, all of which are registered under Section 500 of the Indian Penal Code. Many of these have been filed by BJP leaders such as the leader of party in the Delhi assembly Vijender Gupta, former MLA Karan Singh Tanwar and South Delhi MP Ramesh Bidhuri.

One case of alleged assault and criminal conspiracy has also been registered against Kejriwal for a matter pertaining to violence during the inauguration of the Signature Bridge. In this case, AAP’s Okhla MLA Amanatullah Khan is also an accused. Another assault case is pending against him under the Civil Lines police station in connection with the alleged attack on then-chief secretary Anshu Prakash in February 2018.

A case was filed against Kejriwal in Mapusa, Goa under the Representation of People Act for allegedly violating the model code of conduct during an election speech in 2017. A case was also registered against him in Sultanpur in Uttar Pradesh under the RP Act during the Lok Sabha polls in 2014.

Education reformist too has moderate assets

Atishi Marlena, the Aam Aadmi Party candidate from Kalkaji, has stated in her affidavit before the returning officer that there has one criminal case pending against her. The case, of criminal defamation, which has been registered under Section 500 of the Indian Penal Code, is going on in the court of additional chief metropolitan magistrate Samar Vishal at the Patiala house court. However, she added, that charges have not been framed in the matter yet.

The 38-year-old has also declared gross total movable assets worth Rs 59.79 lakh in her name and worth Rs 81.42 lakh in the name of her spouse, Praveen Singh. There are no immovable assets like agricultural land, residential or commercial property in her name of either.

Atishi, who did her master’s degree in science from the University of Oxford in 2006, is credited to have pioneered the Delhi government’s educational reforms programme. She declared an annual income of Rs 5.20 lakh in her name and Rs 3.71 lakh in the name of her spouse during the 2018-19 fiscal.