The Modi government has used the office of the LG to subvert the federal separation of powers, overtly, insidiously and relentlessly. The AAP government should be using this as an opportunity. 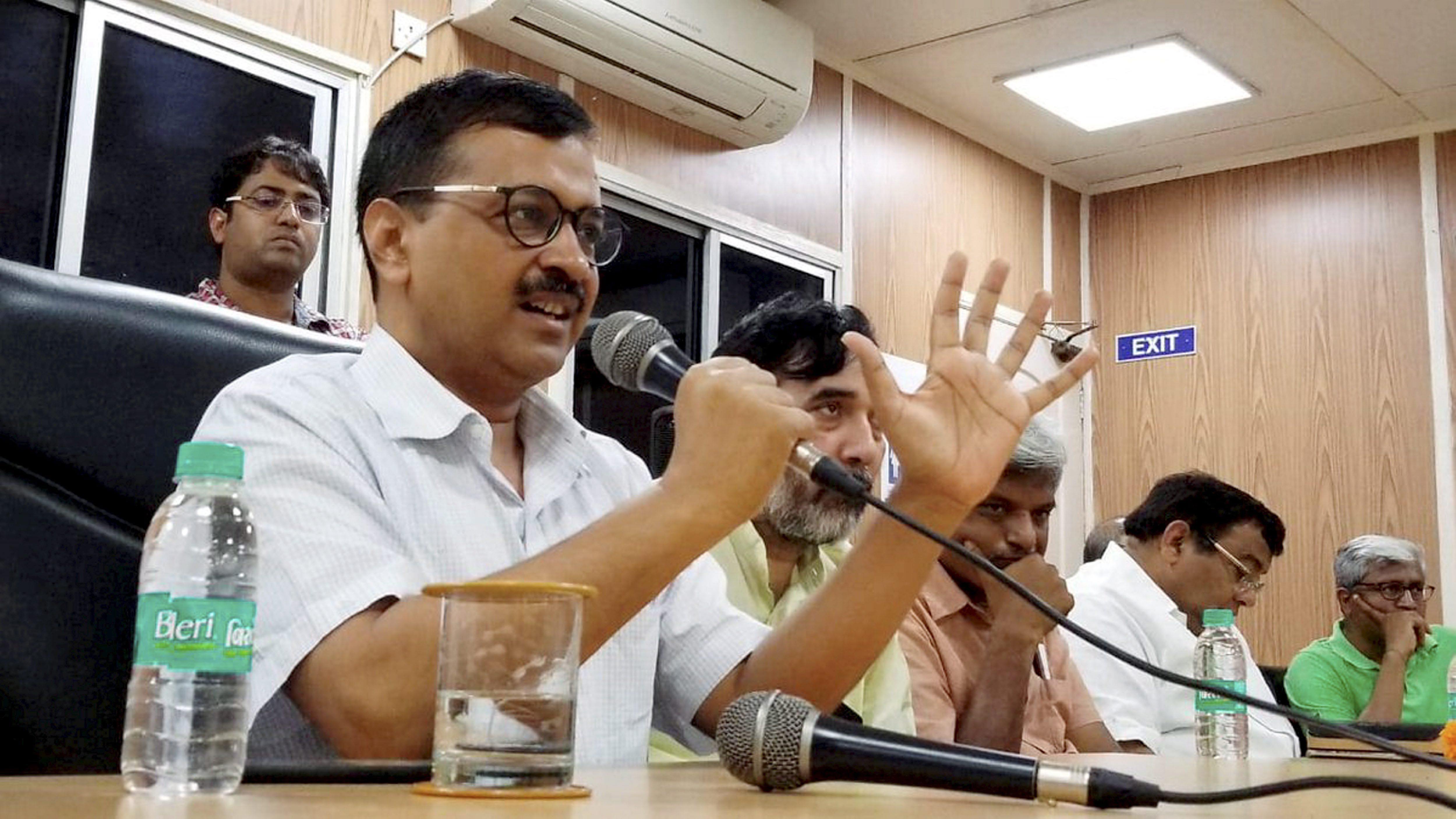 Kejriwal should seriously worry about the diminishing marginal utility of his very tired and bechara-looking dharna politics. Even when you are up against the tyranny of a ruling Central regime, that makes a mockery of the democratic ethic, and that in turn relentlessly stifles the prospects of your success. It is suicidal for a statesman to trade off visible conduct for righteous pursuits. It diminishes not just the stature expected of a leader but also detracts attention away from some very good work that the Aam Aadmi Party (AAP) has done in the last three years.

The lack of aesthetic conduct also detracts attention from what the AAP is up against. It is up against an electoral juggernaut, smarting from its rout three years ago and nervous about the difference AAP might make on the ground because of its tenacity and political will. Worse, it may become a template for replication in other states. Both the past and the prospect have made the BJP Central government hot in pursuit of AAP. It has used the office of the lieutenant governor (LG) to subvert the federal separation of powers, overtly, insidiously and relentlessly.

Within a month of assuming power and appointing parliamentary secretaries, a Ministry of Home Affairs (MHA) notification gave absolute powers to the LG to appoint bureaucrats and control services in the city, upheld by the high court in 2016. A managing director of a corporation can have a say in the appointment of her executives, a school principal can hire teachers and administrators she thinks are capable, a store manager can hire her shop assistants, but the chief minister of Delhi cannot have the power to appoint his own secretaries and officers of services.

Next, an MHA notification limited the Anti-Corruption Branch’s (ACB) jurisdiction to Delhi government officials. Today, Delhi’s ACB is back to being a decaying and defunct organisation.

Next, the fate of the Jan Lokpal Bill was virtually sealed as it lies languishing in files, waiting for LG’s approval. Had the Centre walked the anti-corruption talk, an accountable ACB and an effective Jan Lokpal Bill should have been something it would have been supportive of. A number of alleged scams fell through the sieve of the ineffective anti-corruption agencies.

Next, defamation suits under the anachronistic defamation laws that are designed to threaten and stifle public opinion and participation.

Next, 21 MLAs faced disqualification for holding office of profit, despite clear constitutional authorisation (for more details, see my earlier piece here), set aside by the high court in 2018.

Next, CBI raided principal secretary Rajendra Kumar, a very respected bureaucrat and winner of the Prime Minister’s Award for Excellence in Public Administration. CBI filed a case under the Excise Act against Kumar, where none perhaps existed. The irony is that it demonstrated how contingent solidarity is on dynamics of power. The same fraternity that has risen up in unison against the AAP government, through press conferences, go-slow and other insidious modes of non-cooperation, were mute spectators when Kumar was humiliated and shunted out.

This is not an exhaustive list of the saga but there’s a thread running through them. The root cause of these and the current impasse is actually because the Delhi government no longer has control of the services. Which means that it cannot appoint its own secretaries, officials, advisors, actually anybody rendering services to the government.

By removing “services” from the jurisdiction of the Delhi government (through the MHA notification), the Central government has ensured that policy implantation is disabled not just at the LG-approval level, but also at the implementation level. If, as the high court ruled, the LG is the executive head of Delhi, then the bureaucrats, both in theory and practice have come to serve the Central ruling regime through the office of LG.

This is a complete travesty in two ways. Firstly, it sabotages the parliamentary democratic design – where the nominal heads (president, governor, LG) act on the aid and advice of the prime minister or the chief minister, as the case may be. The constitution reiterates this principle in its Special Provisions for Delhi (Article 239 AA) and in the Government of National Territory of Delhi (GNCTD) Act. The usage is identical in the “aid and advise” provisions for both the Union and the state government. The “aid and advise” clause is an advisory clause. It is an unequivocal assertion of parliamentary parlance of who the boss is.

If no real devolution of power was intended for Delhi, why was Delhi’s status changed from a union territory to the National Capital Territory by the 69th Amendment (1991), if it was to work under the surveillance and suzerainty of the LG? Why spend crores of taxpayers rupees on electing a legislative assembly that is expected to function in a secretarial capacity to the Union government?

Third, it’s a travesty of constitutional interpretation. The May 2015 MHA notification states that along with law and order, land and police, “services” also are outside of the jurisdiction of Delhi state. The high court, in its August 2016 ruling, reiterated the administrative powers of the LG in matters of public order, land, police and services – including the power to appoint civil servants – in the national capital.

How did the high court interpret “services” as being outside of Delhi government’s jurisdiction when the constitution, in Article 239AA (3)(a), clearly states that only public order, police and land (entries 1,2 and 18 of the state list respectively) are outside the purview of the Delhi government’s jurisdiction? The reason perhaps lies in a drafting anomaly. If indeed the drafters had intended to keep the services (entry 41) out of the purview of the state government, wouldn’t it have stated so explicitly as it did in specifying land, law and order and police?

The anomalous situation has arisen because entry 41 of the state list corresponds to a State Public Service Commission (SPSC). This means that if Delhi were to have its SPSC, it would have complete jurisdiction over its appointments. Delhi, however, does not have its own SPSC and draws on the Union’s UT services cadre. This means that transfers, appointments and availability of bureaucrats could well be asserted as a matter of the Union’s jurisdiction, as it was by the MHA and the high court.

The AAP government could well use this as an opportunity. There is nothing in Articles 315 to 323, that relate to Public Service Commissions of both the Centre and states, that in any way indicate that Delhi cannot recruit its own SPSC. It does not require a constitutional amendment so it does not require the legislative involvement of the Central government. The Centre could, of course, stall it, like it has stalled many other policies and initiatives of the AAP government, but at least initiatives and conversations around this could start. It may not end all of Delhi’s woes, but it could have the potential to address a big chunk of its problems. At the very least, it could take AAP out of “Loin’s” liquid oxygen and help it breathe.