A word of caution from a highly-influential minister would surely hamper a fair probe in the matter. 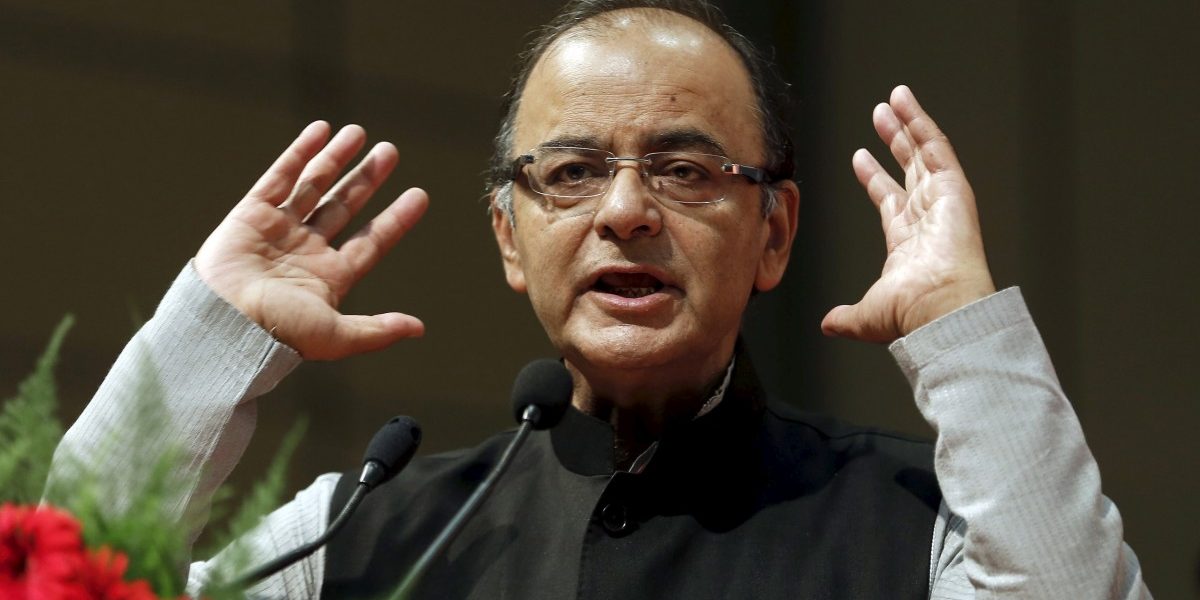 New Delhi: Under normal circumstances, the Union finance minister commenting on an ongoing probe into an alleged bank fraud would surely garner attention. Moreover, when the minister – who has been out of action for more than a month – tells the country’s premier investigating agency how to work, it is bound to create a political storm.

Arun Jaitley is currently under treatment for soft tissue cancer in the US. Given his indisposition, his finance portfolio is being handled by the Union railways minister Piyush Goyal. Jaitley is also going to miss presenting the upcoming Union Budget.

And although he has been out of the public eye – and rather secretive about his health – he broke his silence on the CBI probe into the ICICI-Videocon bank fraud case.

In a blog, Jaitley cautioned the CBI against what he called “investigative adventurism”.

“There is a fundamental difference between investigative adventurism and professional investigation,” Jaitley wrote on Facebook while commenting on the ICICI case.

“Sitting thousands of kilometres away, when I read the list of potential targets in the ICICI case, the thought that crossed my mind was again the same – Instead of focusing primarily on the target, is a journey to nowhere (or everywhere) being undertaken? If we include the entire who’s who of the banking industry – with or without evidence – what cause are we serving or actually hurting,” he added.

He was concerned about the fact that the CBI intends to examine almost all the who’s who of the Indian banking sector.

His comments were prompted by the CBI case against former ICICI boss Chanda Kochhar, her husband Deepak Kochhar and Venugopal Dhoot, the head of the Videocon group. It has been alleged that Dhoot transferred a majority of the loan amount he received from the ICICI bank in 2012 to Nupower – a company owned by Deepak Kochhar and two of his relatives.

However, while CBI registered an FIR against the three prime accused, the agency also said that the roles of other bigwigs in the banking industry also needs to be investigated.

This, perhaps, got the finance minister concerned and talking. He was worried about the impact this probe would have on investors sentiment and on reputations of some of the people named by the CBI.

“Adventurism leads to media leaks, ruins reputations and eventually invites strictures and not convictions. In the process, the targets are ruined because of harassment, loss of reputation and financial costs. It costs people their career,” he wrote, adding a word of advice for the CBI, “Follow the advice of Arjun in the Mahabharat – Just concentrate on the bull’s eye.”

Notably, a Union minister has offered advice to an agency on which he has no control whatsoever. His comments come at a time when the CBI is struggling to establish its autonomy. The fiasco in the agency over the last few months has led many to believe that the Modi government has left it high and dry because of constant interference.

The CBI has only expressed the need to examine these corporate honchos and has not pressed any charges against them. But this was enough for the Union finance minister to stand up and defend them. Such is the pull of the corporate sector in the Modi cabinet. A word of caution for the CBI coming straight from a highly-influential minister would obviously not do any good for a fair probe in the matter.

Also read: Will the Supreme Court Lift the Veil of Secrecy Around CBI Director’s Appointment?

Some of the lawyers who have worked on CBI cases too had the following to say.

“It is not quite proper for the Union finance minister to comment on a CBI case, which is still being investigated. The agency is still examining people in the case and it should be in a position to conduct the probe in an independent way,” Prashant Bhushan, lawyer and political activist told The Wire.

Similarly, Sanjay Hegde, a senior advocate in the Supreme Court, told The Wire, “No court, no administration can tell an independent investigating agency how to do its work. Even a supervisory role only means broad supervision, not getting into specifics of any particular case.”

“It is another thing for a politician to pass a general comment on an investigation but for a sitting member of the union cabinet, it is highly improper,” he added.

Over the last 4.5 years, the Modi government has breached conventions and constitutional obligations multiple times. The finance minister openly trying to influence an ongoing investigation is another such instance.

Many believe that more than Jaitley’s concerns for investor sentiments – which has anyway remained low in the last few years – it was his desperation to keep the corporate sector happy that prompted the quick response on the issue. As the Union government’s record show, it does not hesitate in trampling over public institutions if doing so meets its immediate political objectives.

Rubbing the big-moneyed corporate bigwigs the wrong way just ahead of the general elections does not make for good political sense, after all.

Why on earth is Arun Jaitley mounting a social media defence of Chanda Kochhar? Has he forgotten he is a minister? This govt gets more bizarre by the minute

Arun Jaitley’s cease & desist warning to CBI reveals the rift right at the heart of the Modi govt. 1 The CBI does not report to Jaitley. 2 Why has he gone public in #ChandaKochhar does Modi no longer listen to him?