'Are You Pakistanis?': BJP's Sonali Phogat to Those Not Chanting 'Bharat Mata Ki Jai'

The saffron party's Adampur candidate was addressing a rally when she made the remarks. 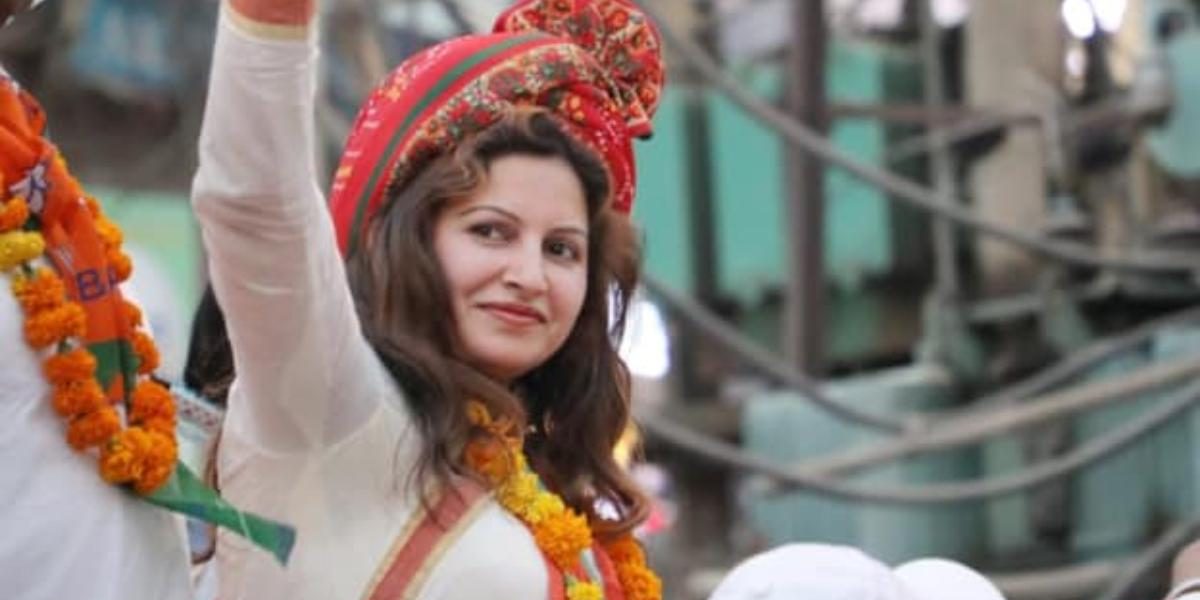 Chandigarh: BJP’s Adampur candidate and TikTok celebrity Sonali Phogat on Tuesday asked a group of people if they were from Pakistan when they did not chant ‘Bharat Mata ki Jai’ at her rally in the constituency.

The rally was held in Balsamand village in Adampur in Hisar district.

Phogat (40) then repeated her chants of ‘Bharat Mata ki Jai’.

Turning to that section in the crowd again, on her right, she said, “I feel ashamed that people like you too are Indians, who would not chant ‘Bharat Mata ki Jai’ for petty politics.”

In a video of Phogat’s purported outburst, which went viral on social media, she is seen further telling them, “Those who cannot say ‘Bharat Mata ki Jai’, their vote has no value”.

“Shame on those who cannot chant ‘Bharat Mata ki Jai.”

Later, when she promised to build a college in the area, the crowd chanted ‘Bharat Mata ki Jai’ again.

Phogat, who is pitted against sitting Congress MLA Kuldeep Bishnoi, said she will defeat him like Smriti Irani ousted Rahul Gandhi from his stronghold Amethi.

Later in the evening, the BJP candidate offered to clarify her remarks and claimed she did not dub the group of people in the crowd as “Pakistanis”. “I asked them ‘have you come from Pakistan’,” she told the media in Adampur. This “clarification”, however, still implies that Phogat did call that group of people in the rally Pakistanis.

Haryana goes to polls on October 21.