The BJP's plan is to keep statements, dangerous and also absurd, and keep control of the narrative

In a few days from now, in the traditional post-budget photo-op, Union minister of state for finance will stand with his boss Nirmala Seetharaman as she explains her economic proposals to the media and the world. Here, Thakur will be serious and ministerial, quite the opposite of the screaming election campaigner who exhorted his audience to shout ‘let’s shoot the traitors’, referring to those who are protesting against the government’s Citizenship (Amendment) Act (CAA). No doubt he will handle his ministerial duties with aplomb, as many of his fellow party men and women do routinely.

Election speeches are meant to rouse the voters, so some exaggeration, and fiery sloganeering, is understandable. But the sight of a minister, who is sworn to the Constitution, pumping up his audience to scream about gunning down peaceful protestors is shocking, even to a public that has got used to some truly foul speeches.

The Election Commission has asked for an explanation. It will no doubt be provided, but what price will he really pay? The speech is out there in the public domain, amplified by social media and has reached its intended audience.

Thakur’s fellow BJP member of parliament, Parvesh Verma has joined in this hate-mongering by telling the voters of Delhi, “They enter your houses, rape your sisters and daughters, kill them. There is time today, Modiji and Amit Shah won’t come to save you tomorrow.” Can there be any doubt what he wants to convey?

Winning the Delhi elections is important for the party and, facing the Aam Aadmi Party (AAP), which is speaking about its achievements in health and education, the BJP has pulled out its favourite card—Muslims. The Shaheen Bagh protests, a model of resistance by ordinary citizens, has been twisted into a ‘Muslim’ issue – the BJP firmly believes that it will help it on election day.

These incendiary statements will make headlines for a day or two, and then disappear, till another comment comes along. It doesn’t have to be particularly nasty or disgusting—even a patently absurd and false claim will do, as long as it and becomes a ‘talking point’ and keeps the media busy and the conversations buzzing. It is a smooth trick, honed to perfection, that the Sangh employs routinely and successfully.

Take the comment by senior leader Kailash Vijayvargiya about some construction workers at his home being Bangladeshi because they were eating mounds of poha (a rice-based snack) has expectedly become one of those fleeting controversies that keep social media types busy for a day or two.

His exact words, as quoted in an NDTV report, were:

“There is some construction work going on at home. Outside, I saw some six-seven labourers sitting with one thali piled up with a huge amount of poha – maybe 10 plates – and eating. I asked, why are you eating poha? They did not answer because they could not speak Hindi. Then one man said they are Bengalis. I suspected something. I asked why they had been hired here. The answer was, they are cheap labour.”

“You will be surprised to know that there is a Bangladeshi terrorist who has been watching me for 1.5 years. Now I have to go around with an armed guard.”

Thus, he cleverly conflated the simple act of eating a snack with terrorism, and Bangladeshis, feeding directly into the fears and prejudices of many who may actually believe that those from the neighbouring country have poured into India to commit the worst kind of terrorist attacks. 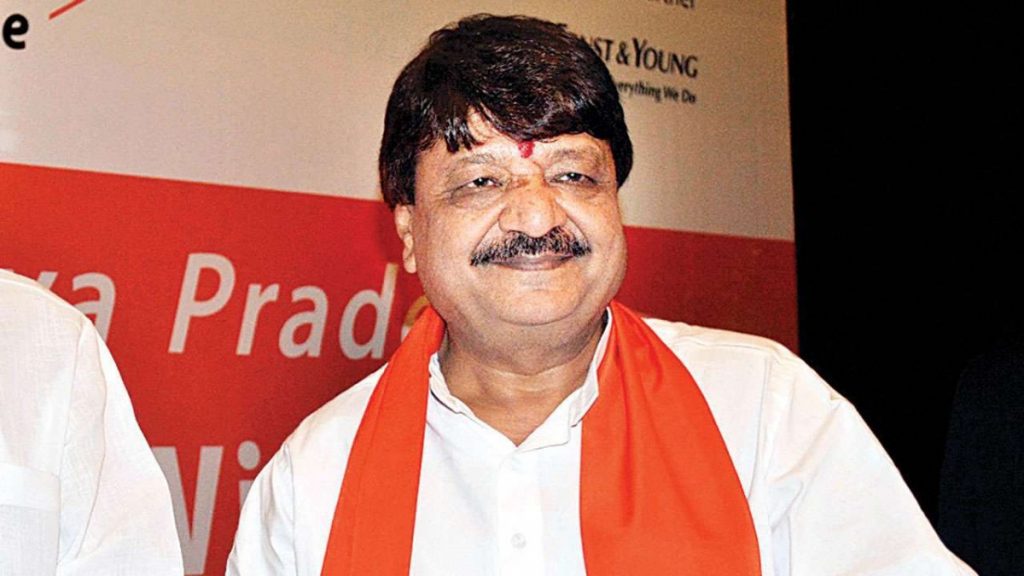 By itself, the remark is not going to scare anyone – none is going to turn against Bengalis, poha-eating or otherwise, but in the present climate, when the government is pushing its agenda of separating citizens from undocumented immigrants, it keeps the pot bubbling. This is how perceptions are formed and then solidified in peoples’ minds. It is an effective propaganda strategy of consistently hammering on a lie that becomes the received truth, or at least plants doubt.

Surely Vijayvargiya knows that eating poha does not mean they are Bangladeshi terrorists or even necessarily Bengalis. (In his home town, poha is a fairly common snack.) They could just be hungry and ate what they could, something affordable and nutritious. That is the logical assumption. But logic is not the issue here. Vijayvargia saw an opportunity and seized it.

As did the governor of West Bengal, Jagdeep Dhankar, who said, at a science fair no less, that Arjuna’s arrows had nuclear tips, inviting much criticism. Did he believe this to be true? Perhaps, because decades of brainwashing does this to people. But it is equally possible that he is sceptical about this claim and yet said it anyway.

In both cases, and many more such as these, the attention of not just social media but also newspapers and television channels was diverted towards reporting or discussing these outlandish remarks. Often, even learned pundits pontificate and spar over such claims. It becomes the controversy of the day, until we move on to other things. The frenetic news cycle demands fresh stuff every day, and now every hour, and the Sangh machine keeps feeding it with outrageous statements.

Some are plain silly, others outrageous but a few are downright dangerous, such as Thakur and Verma’s. When Dilip Ghosh, the president of the West Bengal BJP, says “our government has shot protestors (against CAA) like dogs”, one can be sure that he is not being frivolous. That is exactly what he wants to convey and send a signal to his party’s supporters that the BJP will gun down anyone who protests; read ‘Muslims’ here. Or, Amit Shah’s notorious ‘termites’ remark is another pointed reference to Muslims, even if the apparent target is illegal migrants from Bangladesh.

There are many more examples of remarks – made at strategic moments – which raise a dust storm and then are blown away till the next one comes. The relentless tsunami of statements, idiotic and sinister, achieves two major objectives: It allows the Sangh to keep control of the narrative, forcing others to react and it inures the public to such an extent that even the most offensive utterances go unchallenged. The objections of many citizens get drowned in the attendant noise created by the Sangh’s machinery, but it is the lack of disapproving coverage by the big media that normalises the whole thing. 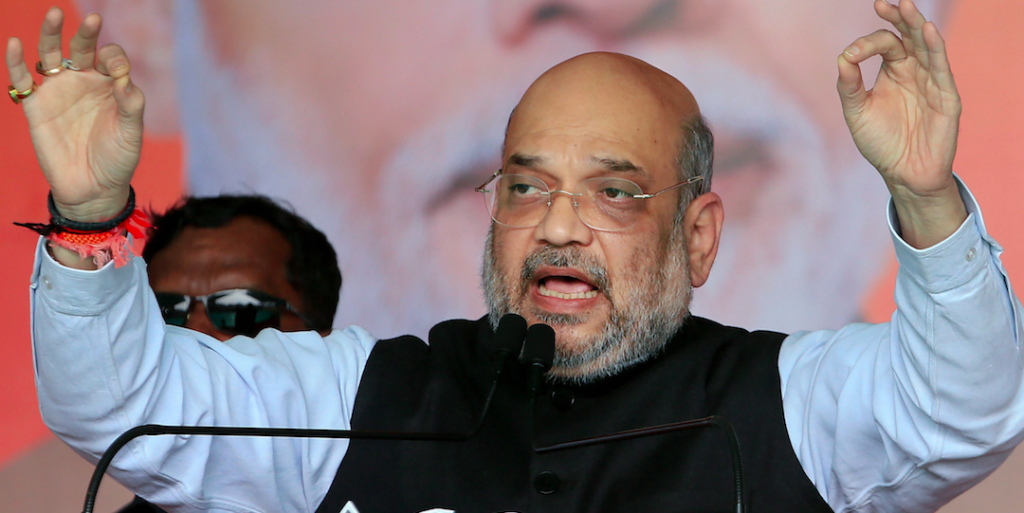 Have any of the big newspapers called out Amit Shah, the home minister of India, no less, for his hateful comments about people? Bangladeshis, legal or ‘illegal’ are human beings too, and deserve dignity—certainly, a minister ought to be more sensitive in the way he speaks. That, as we know, is expecting too much from him and his cohorts—but can the media just abdicate its role of asking questions? As for television channels, their incessant, bogus ‘debates’, in the phony garb of democratic discussion, is a cop out at best, and an enabler at worst—journalism is not about blindly adhering to long-standing conventions, but also about moral imperatives and about good citizenship.

Which is why, while Vijayvargia’s and Jagdeep Dhankhar’s crackpot statements should be understood for what they are is – a distraction to move the focus, even if temporarily, from really critical issues facing the country. That is why Thakur will get a rap on his knuckles at best (any strict action against him will be a pleasant surprise). They have done a good job. Let Twitter have its fun, let a thousand memes bloom, but a serious observer (and ‘liberal’ commentators, who seem to wade into everything) and the media should not be discerning about what they concentrate on. Even thinking about it, much less having a ‘take’ on it, is a waste of time and energy. Instead, that energy should be applied to the more substantive comments that come from those who have real power to take the most ruthless action. That is exactly what is happening in India now.

Magicians employ sleight of hand, getting the audience to focus in one direction, while they do tricks with another. We are dealing with magicians at another level, with much of the audience complicit. For those not hypnotised or part of the act, the challenge is to catch the chicanery, not fall for it or go along mindlessly. This is the only way to expose the trickery.