Several genuine beneficiaries who paid their 'individual contribution' to acquire housing under the TDP regime are now neck-deep in debt, their dream of owning a house still unfulfilled.

Vijayawada: Shaik Ayesha, a Muslim widow from Durgapuram in Vijayawada, is caught in a web of debt after her dream for a roof over her head came crashing down, thanks to the raging slugfest between the ruling YSR Congress and the Telugu Desam Party in Andhra Pradesh.

Ayesha borrowed Rs 25,000 from private lenders at an interest rate of 10% per month after she had been made beneficiary for a house during the TDP rule, as she was required to make an individual contribution as per the guidelines to match with the assistance extended by the Central and the state governments.

“The officials gave me hardly a week to pay the amount and I had no money with me then. I was left with no option but to approach the lenders with the hope of getting a house from the government,” Ayesha told The Wire.

She has been paying Rs 2,500 towards monthly interest for the debt for nearly two years, which works out to double the principal loan amount now. As her dream of a home still remains out of sight, she continues to live in a rented house along with her two sons, paying monthly rent of Rs 7,000.

“I am caught in a debt cycle. The government has neither given me a house nor paid back the money I gave,” she laments.

The change of government after the general and state elections early in 2019 changed Ayesha’s fortunes, as the TDP left the office and was replaced by the YSRC.

Former chief minister Chandrababu Naidu, in a tearing hurry, allotted 8.70 lakh houses to beneficiaries towards the end of his tenure in 2019, hoping to return to power with a large chunk of votes from the homeless poor thanks to his government’s housing scheme. 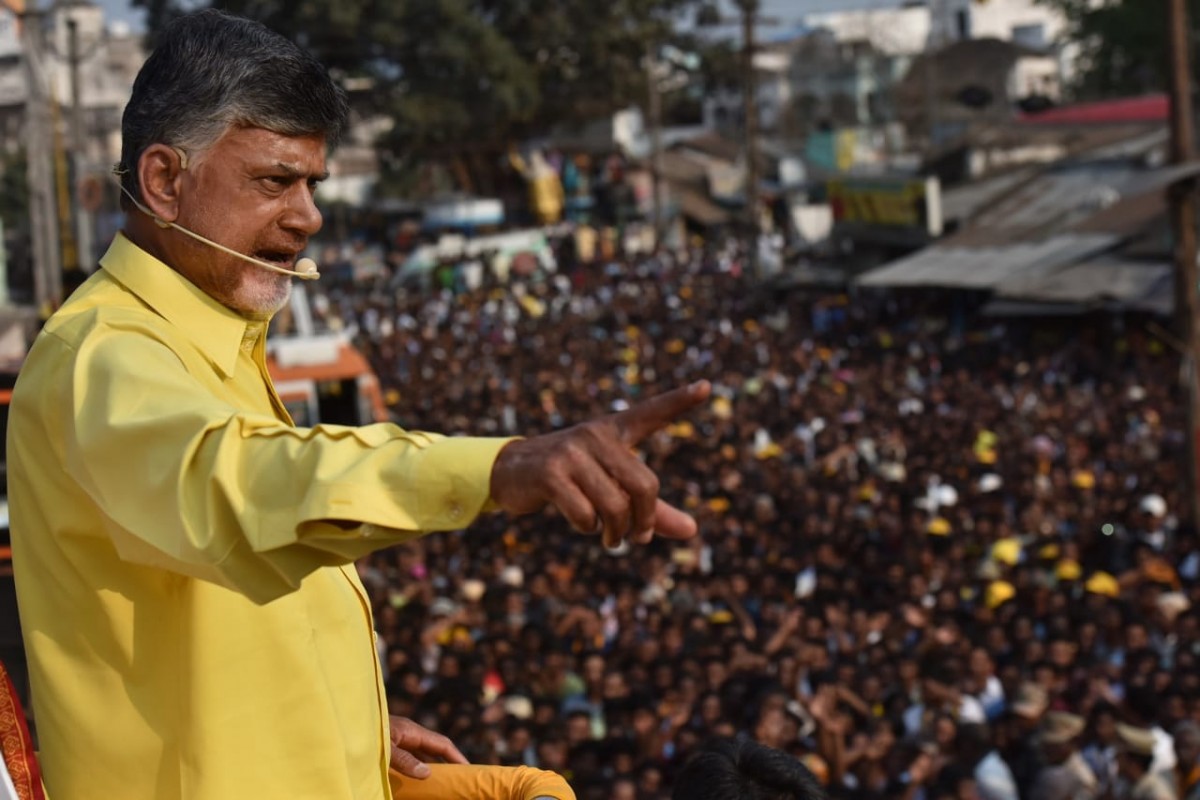 Tate of these beneficiaries is now uncertain, as current chief minister Y.S. Jaganmohan Reddy and his government have prevented them from occupying the houses allotted during the TDP government. Having alleged irregularities in the selection of beneficiaries under the TDP regime, the YRSC government ordered an inquiry into the allegations of financial fraud in the construction of houses by the contracting agencies.

The houses under question are being constructed by the Andhra Pradesh Township and Infrastructure Development Corporation Limited (APTIDCO), the state-level nodal agency for the Pradhan Mantri Awas Yojana (PMAY) — an affordable housing scheme for the poor in urban areas. TIDCO is responsible for planning, development, financing and the implementation of affordable housing in the state, under the municipal administration and urban development department.

The previous TDP government proposed to build nearly 30 lakh houses for the rural poor under the NTR Housing Scheme, and a little over eight lakh houses were completed. Under AP TIDCO, nearly 6,000 houses were built for the urban poor. Agreements were made between the government and the contracting agencies for constructing an additional 4.62 lakh houses with an estimated cost of Rs 26,200 crore before the YSRC government came to power.

Later, the Jagan government put the NTR housing scheme on hold only to replace it with the YSR Pedalandariki Illu (housing for all poor). This scheme is a part of Jagan’s Navaratnalu, a basket of nine populist schemes. Under the YSRC housing scheme, the government has proposed to distribute house sites to 30 lakh homeless poor in urban and rural areas. The government, preparing the ground for the distribution of house sites, acquired 67,000 acres of private land, which in turn bred allegations of irregularities in land deals. “Lands are procured with Rs 7,000 crore,” says Ajay Jain, principal secretary, housing. Approximately 15,000 layouts have been created. Each unit of the house will be constructed at Rs 2.5 lakh, he says, and adds that the total cost of the YSR housing scheme amounts to Rs 90,000 crore.

“Central government funds, state government funds and loans from institutions like Housing and Urban Development Corporation Limited (HUDCO), etc, will be used. House site will be registered in the name of women among the beneficiaries’ families,” he says.

At least 4,000 acres of the land acquired by the government ended up in court disputes, with a batch of petitions pending trial in courts. The YSRC accuses the TDP of creating hurdles for its housing scheme through court litigations. Though the government proposed to launch the scheme of house sites on August 15 last it failed to take off in view of court litigations.

Kalva Srinivasulu, who served as minister for housing in the TDP government, has told The Wire that the Jagan government has inflated the land rates 20-30 times to benefit the ruling party leaders, who either owned the lands identified for house sites, or have acted as conduits for the official machinery in the acquisition process.

In some areas even mangrove forests, forest wastelands and low-lying places unfit for housing have been acquired under the housing programme, he alleges.

As the Jagan government put its foot down, the Left parties and the TDP attempted gate-crashing into the colonies built under the previous regime for the beneficiaries to occupy them. The TDP and the CPI(M) in the past led the beneficiaries to occupy the houses but the attempts were foiled by the government. CPI state secretary K. Ramakrishna and several other leaders from his party have been put under house arrest in view of their call to occupy the houses on Thursday.

State CPI(M) leader Ch. Babu Rao says it is unfortunate that the poor people have become victim of the “cat-and-mouse game” being played by the ruling and the opposition parties. There is nothing wrong in wanting to probe the irregularities and bring the culprits to book. But it is unfair on the part of the government not to allow beneficiaries to occupy their houses after they paid money, he adds.

TDP’s former housing minister Srinivasulu alleges that the YSRC government has suspended payment of Rs 1,700 crore due to the beneficiaries, who invested their hard-earned money in constructing their houses, after a promise from the government to reimburse the expenditure incurred by them during TDP rule.

Babu Rao says the poor and the lower middle classes are forced to spend 25% to 40% of their monthly earnings on house rents in urban areas in view of the soaring rental prices. The cities and towns witness an influx of migrants from rural areas in search of work and huge chunks of land remain in the hands of a few rich people in urban areas, after scrapping the urban land ceiling law had been scrapped. The land has, subsequently, become scarce and expensive for the construction of houses. This has a bearing on the demand for houses and the increase in house rental prices, Babu Rao adds.

Gaddam Jhansi, an activist of the All India Democratic Women’s Association (AIDWA) from Singhnagar in Vijayawada, says her spending on house rent has gone up three-fold in the last 15 years even as her household income, by and large, remained stagnant.

“I have been applying for a house since the period of Y.S. Rajasekhar Reddy, the father of chief minister Jaganmohan Reddy. I had my photo taken by the officials as a token of my being on the selected list of beneficiaries during the TDP government. But nothing came forth till today,” Jhansi laments.

“If you want a house or house site, you have to tag yourself either to the YSR Congress or the TDP. If you don’t belong to either of the party, your chances of getting a house site in your lifetime are quite dim,” she says, her exasperation evident.