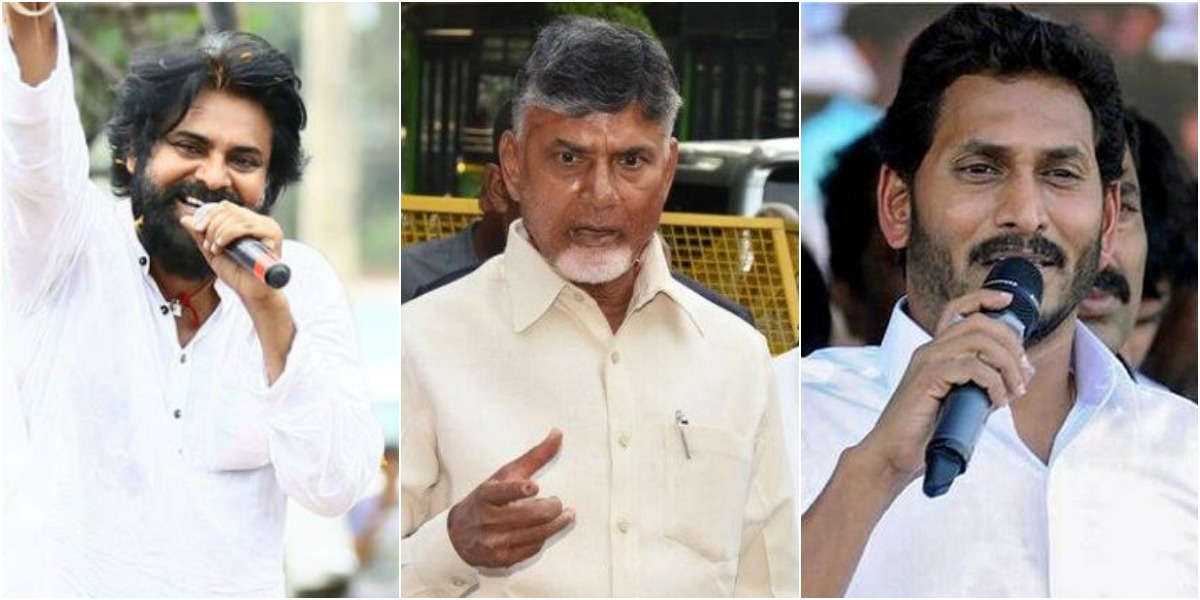 New Delhi: The YSR Congress is surging ahead in Andhra Pradesh in both the state and Lok Sabha elections, with its chief Y.S. Jaganmohan Reddy likely to emerge as the state’s new chief minister. According to the trends, the YSR Congress has established leads in 24 of the 25 Lok Sabha seats. The ruling Telugu Desam Party is ahead in only one seat, according to Election Commission data.

In the assembly elections, the YSR Congress looks to be comfortably past the halfway mark of 88. It is leading in 150 seats, with the ruling-TDP reduced to just 24, according to the the trends. The Congress is yet to open its account in the state after Andhra Pradesh was bifurcated, with the BJP trailing in one seat and newcomer Jana Sena also leading in one.

Some TV channels are reporting that Chandrababu Naidu may resign as chief minister later in the day.

The YSR Congress is planning ahead, with party sources saying Jaganmohan Reddy will take oath as chief minister on May 30.

Jana Sena chief, actor-politician is trailing in both the seats he is contesting. He is contesting from the Bhimavaram and Gajuwaka assembly segments. He is in third position in Bhimavaram, according to reports.

All parties fought the election on their own without any alliance, unlike in 2014 when the TDP-BJP sailed together.

So far, this is in line with what analysts and pollsters have been saying – that Jaganmohan Reddy may be poised to take over from incumbent chief minister Chandrababu Naidu.

Other channels are reporting even bigger numbers. News18 says YSRCP is in the lead in 102 seats, whereas the TDP is leading only in 20 seats. They say that Chandrababu Naidu himself is trailing in his constituency – Kuppam – where he is seeking re-electon for the ninth time.

With the burning issue of granting the special category status to the state, Andhra Pradesh will elect its representatives for both the Lok Sabha and assembly. While several parties are in the fray, the state’s 25 Lok Sabha and 175 assembly seats will be contested primarily by the incumbent TDP and the YSRCP. While the Congress was once a major player in the state, it has been struggling to regain its stature in the state after Andhra Pradesh was bifurcated.

The TDP was until recently part of the BJP-led NDA, but decided to withdraw after accusing the coalition of not delivering the promise to grant the state special status. Since then, chief minister N. Chandrababu Naidu has been at the forefront of attempts to forge an anti-BJP coalition. Though he has been trying to make a splash in the national scene, Naidu is only contesting in the assembly election.

The main parties fighting it out in Andhra Pradesh are: TDP, YSRCP, Congress, BJP. The Jana Sena, a new party which has an appeal among young voters and is helmed by actor-politician Pawan Kalyan, will make its debut. While the TDP, YSRCP, Congress and BJP are contesting all 25 seats, only the TDP and YSRCP are expected to do well.

The TDP and YSRCP got 102 and 67 seats respectively in the previous assembly election, which were also held simultaneously with the 2014 general election. Their vote shares were nearly identical though, at 44.9% and 44.6%. It must be noted however, that the TDP contested 15 fewer seats, as it was in an alliance with the BJP. The saffron party took 4 seats and an independent candidate won 1 seat.

In both the Lok Sabha and assembly elections, major exit polls suggest that the YSRCP will dislodge the incumbent TDP. In the assembly elections, IndiaToday’s exit poll gives YSRCP between 130 to 135 seats. It gives TDP between 37 to 40 seats. Jana Sena is predicted to have 1 seat, as per the same poll.

The TDP has not openly allied with any party this election, either at the national or state level. This is also the first time, since the party’s inception that it has remained un-allied. The YSRCP is also contesting on its own, as are the BJP and the Congress. The Jana Sena has allied with minor players in the state like BSP, CPI and CPI(M).

TDP chief Naidu has been traversing the country, meeting leaders of different parties. He recently held two rounds of talks with Sonia Gandhi and Rahul Gandhi of the Congress. He has also met Sharad Pawar, Sitaram Yechury, Sharad Yadav, Akhilesh Yadav, Maywati, Mamata Banerjee and Arvind Kejriwal. Naidu has been keen on ousting the BJP, led or supported by the Congress.

The major demand in the state has been to receive the ‘special category status’, which was promised to Andhra Pradesh during its bifurcation. This was promised to Andhra Pradesh by former prime minister Manmohan Singh in parliament, while the BJP also promised to grant the status in 2014. It has now become the single point agenda for the state, with voters saying they will choose a party or candidate that is most likely to ensure that the special category status is granted.