This after the BJP repeatedly asked the opposition to refrain from using the Pulwama attack for political gains. 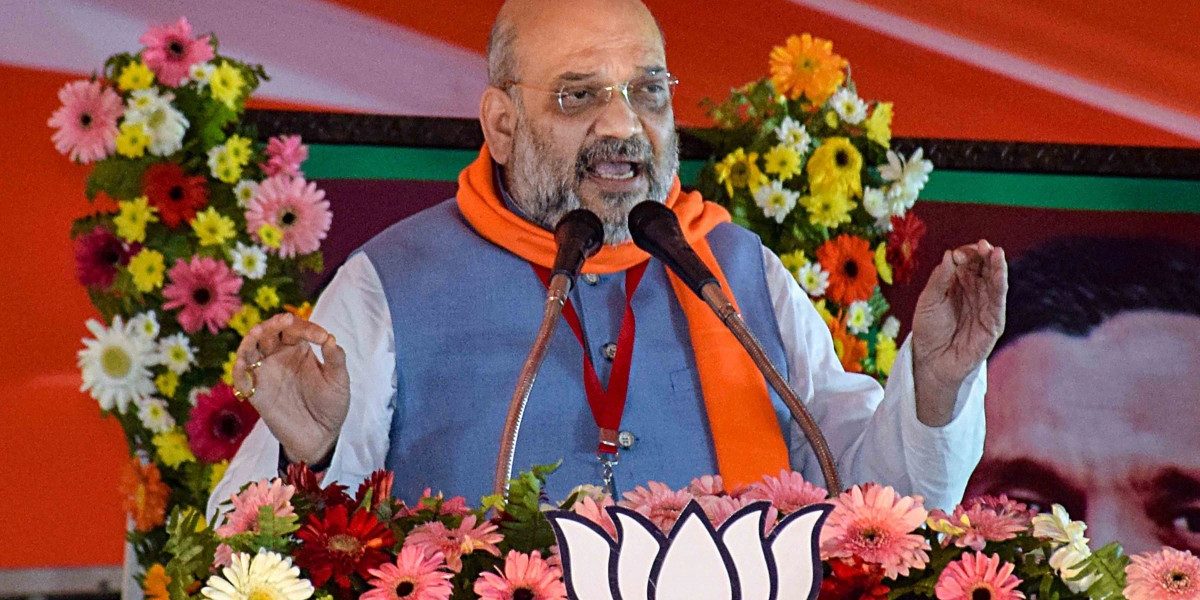 New Delhi: As tensions between India and Pakistan continue to rise, the BJP president Amit Shah posed the following question to the people of Uttar Pradesh’s Ghazipur:

“Who can ensure the security of the country? The people of the gathbandhan (SP-BSP-RLD alliance) or Modiji?”

According to The Hindu, Shah was addressing a chaupal (corner) meeting in the eastern UP district when he urged people to vote for the prime minister Narendra Modi on Tuesday – the day the Indian Air Force said it had struck down a Jaish-e-Mohammed training camp in Balakot, Pakistan.

“Who can give a mooh todh jawab (fitting reply to Pakistan?) Who can wipe out terrorism?” he asked while launching the BJP’s Kamal Jyoti Sankalp campaign for the 2019 Lok Sabha elections in Ghazipur.

Shah using the IAF strike for electoral gains may likely invite controversy as the saffron party has appealed to opposition forces multiple times to refrain from using the Pulwama attack politically.

Over the last two weeks, whenever the opposition parties raised questions about possible intelligence failures and India’s preparedness to tackle terrorism, the BJP deflected them by attacking the opposition forces back. It has said that all parties should stand united for the nation and desist from “petty politics”.

However, after his speech in Ghazipur, Shah clearly indicated that his party is going to use the airstrike to drive its political agenda. Soon after the airstrike, Shah told the Ghazipur gathering that the prime minister has sent a “message to the world” that the current government would “go to any extent” to protect the country. He added that the IAF strike was a measure of “self-defence”.

The BJP president also brought up the army’s surgical strike in 2016 following the Uri attack. He said that while the surgical strike was a response to the 2016 attack, the IAF airstrike was carried out in “self-defence”.

The surgical strike, notably, figured massively in the saffron party’s campaign ahead of the 2017 assembly elections in Uttar Pradesh.

He added that Pakistan will have to “think ten times” before attacking India because of the successful surgical strike and airstrikes. He said that following the Pulwama attack, there was a strong demand that India should respond militarily to Pakistan.

The Hindu quoted him saying that “the airstrike has brought a sense of peace to the people of the country”.

While applauding the IAF, he also praised the prime minister for showing the political will to fight terrorism.

Uttar Pradesh sends the largest number of Lok Sabha members to the parliament. With 80 seats up for contest, the coming together of opposition parties – Samajwadi Party, Bahujan Samaj Party and Rashtriya Lok Dal – has tilted the electoral arithmetic against the saffron party.