Despite the Lodha Committee rules clearly saying both must quit, the Shah dynasty rules the Gujarat Cricket Association. 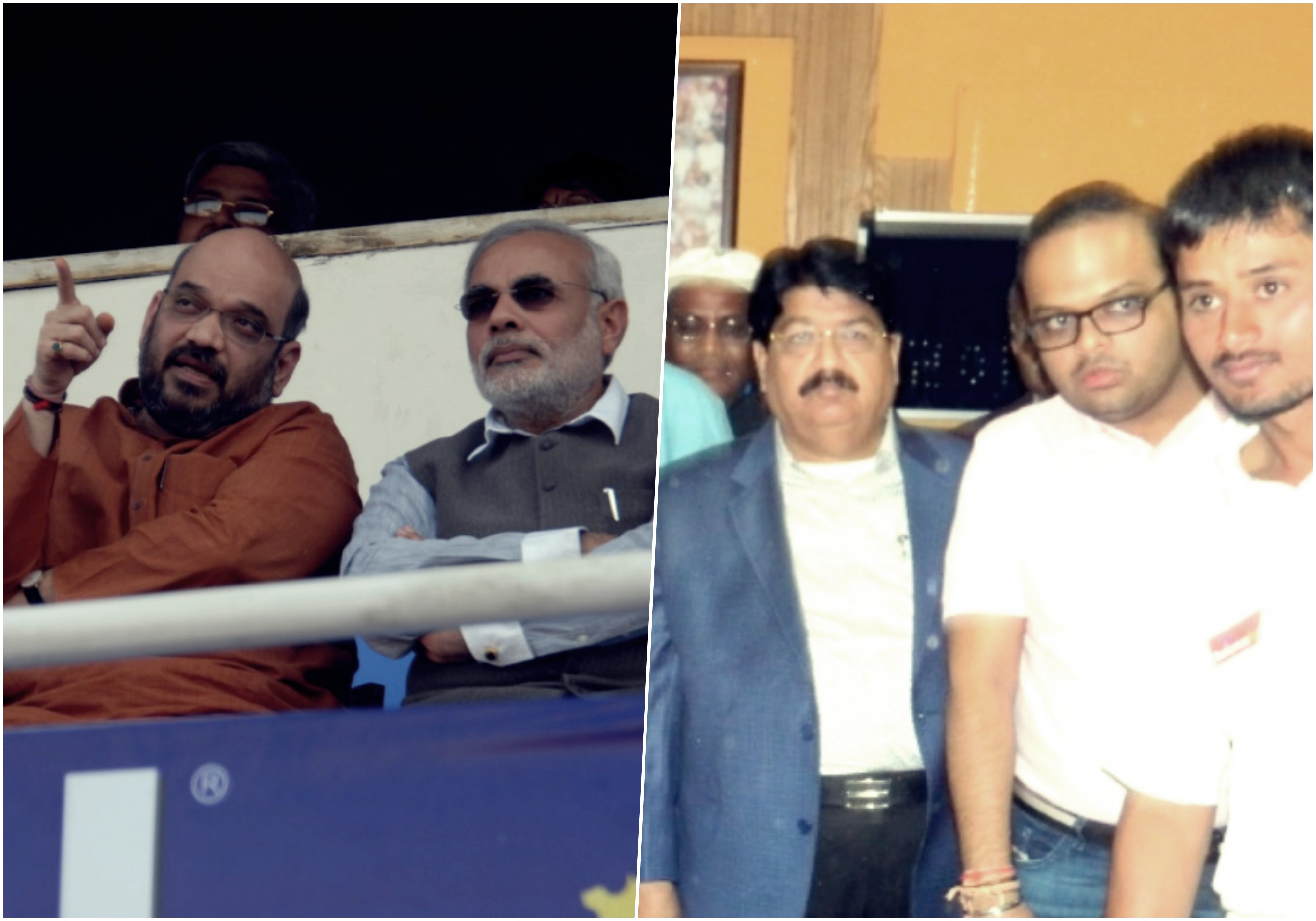 New Delhi: It has been over a year since the Lodha committee recommendations were given legal backing by the Supreme Court but Gujarat Cricket Association president Amit Shah and joint secretary Jay Amit Shah, among others, continue to stay in office despite falling foul of norms that are meant to cleanse cricketing bodies of the powerful cliques that have run them for years.

The Supreme Court’s July 2016 order clearly states that all office-bearers must vacate their position for a three year “cooling off” period after completing a three-year term.

Amit Shah has been an office-bearer since 2009 (2009-14, vice president; 2014-now, president) while his son was elevated to the post of joint secretary in 2013. Elections were supposed to be held at the GCA last year but have been put on hold following the Supreme Court order. If due electoral process had been followed in 2016, Amit Shah and Jay Amit Shah would not have been eligible for the posts they now occupy.

In the case of Amit Shah, an additional disqualification might just have kicked in when he was elected to the Rajya Sabha in August, since MPs come under the definition of ‘public servants’ – a category of individual that the Supreme Court had barred from being involved in cricket administration.

Asked why he continues to be in office despite his ineligibility to hold the post of joint secretary at the GCA, Jay Shah told The Wire on Sunday around midnight, “that the subject matter of your questions is sub judice before the Hon’ble (sic) Supreme Court where the judicial decisions are yet to be taken. It is, therefore, absolutely inappropriate to discuss, debate or deliberate upon the issues raised.” He added: “However, I will contact and consult my legal advisor tomorrow and he will send an appropriate reply/response to you on my behalf. You are, therefore, requested to wait for a reply/response of my advocate.”

The Wire‘s questions to Amit Shah have not yet been answered.

It is certainly not the case that the issue of whether those who have completed a three-year term can continue has been varied by the Supreme Court; indeed, its order remains effective. In a landmark judgment last year, the Supreme Court legally validated most of the Lodha committee’s recommendations to revamp the administration of the Board of Control for Cricket in India (BCCI). The three-member committee had been appointed by the apex court following allegations of corruption, betting and match-fixing. In January 2016, the committee released its report which recommended an overhaul of the BCCI’s administrative structure.

While the BCCI contested the reforms, the Supreme Court viewed them as necessary to professionalise an organisation which had resisted change for too long. The objective was to establish a system which ran cricket transparently and fairly, rather than the sport being at the mercy of powerful individuals who merely sought to expand their sphere of influence. On July 18 last year, the BCCI was directed to accept a majority of the Lodha committee’s recommendations.

In the face of the cricket board’s continuing objections to some of the recommendations  – especially ‘one state, one vote’, the age limit of 70 years and cooling periods, to name a few – the Supreme Court moved to remove the incumbent administration. In its place, a four-member committee of administrators (CoA) was installed to oversee the BCCI’s transition to a new constitution. While there have been hiccups along the way and the board continues to resist the Supreme Court order, the apex court has steadfastly stuck to its guns.

However, Amit Shah is still in office. So is Rajya Sabha MP from Jharkhand, Parimal Nathwani, who is the vice president at the GCA and has been an office-bearer since 2010. It is worth noting, though, that three office-bearers at the GCA had resigned following the Supreme Court order this January. Dhiraj Jogani (treasurer), K.L. Contractor (vice president) and Rajesh Patel (secretary) stepped down to fall in line with the Lodha committee recommendations. But Amit Shah, Jay Amit Shah and Parimal Nathwani chose not to.

After the resignation of the three office-bearers, Nathwani told the media that it was a “harsh” step by the Supreme Court and termed it “unfortunate for the game of cricket.” Until his resignation, Jogani – who has spent close to two decades at the GCA – was holding the joint offices of treasurer and CEO. He continues to be the CEO at GCA. 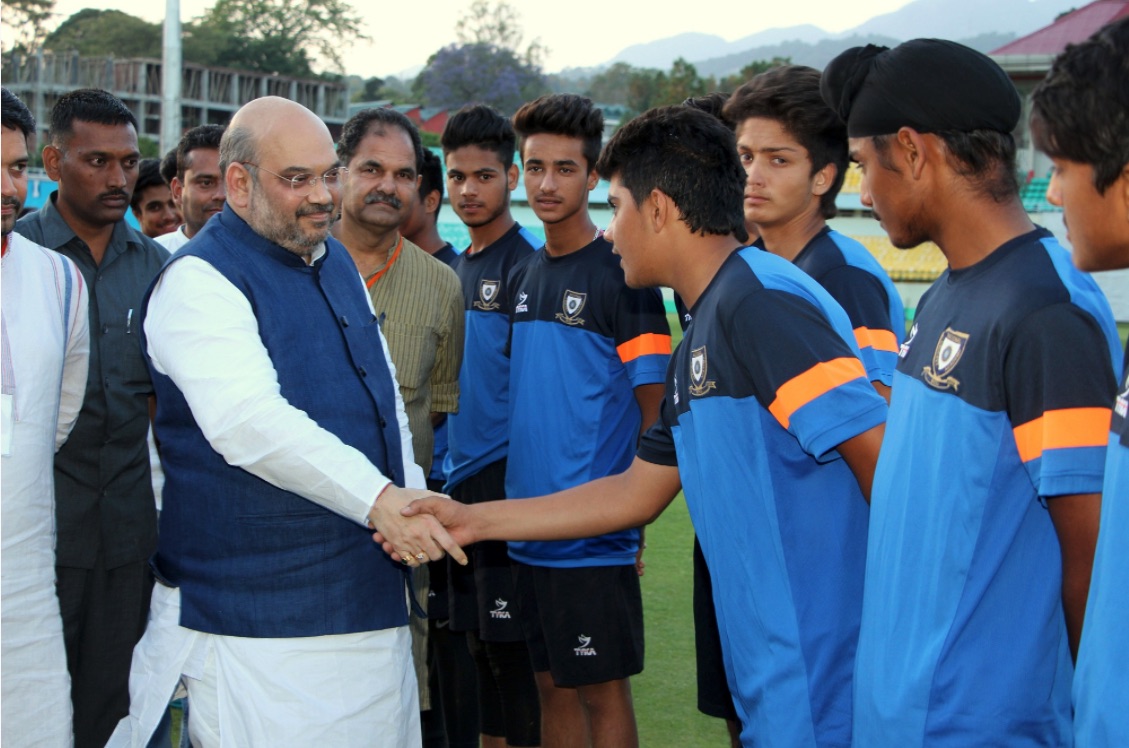 Such obduracy is by no means novel or exceptional. Even now, in the associations where ineligible office-bearers have resigned, observers maintain that proxy individuals continue to represent their interests.

For example, despite Scindia’s resignation earlier this year, elections have not been called at MPCA while the offices of the president, the chairman and the six vice-presidents lie vacant. The Congress MP from Guna, in spite of his ineligibility, continues to sit on the BCCI finance committee which will cease to exist once the new constitution is set in place.

However, the GCA situation is rather extraordinary. The body’s top brass remains in clear defiance of the Supreme Court order, with no inkling that its stance is set to change soon.

In addition to his ineligibility on account of the cooling-off period rule, Amit Shah’s position could also be under threat on another count.

In the July 2016 judgment, the Supreme Court had explicitly stated that,

“The lack of any qualifications or disqualifications also ensures that those with full time occupations superficially involve themselves, thereby compromising their commitment to the association and the game of cricket. Several public servants hold lead positions in State Associations which take a substantial toll on both sets of their respective obligations to the public.”

Following from that statement, the apex court asserted that it saw “no compelling reason for us to reject the recommendation which disqualifies ministers and public servants from holding offices in the State Associations or BCCI.”

While some interpretations have assumed this to mean that only ministers and bureaucrats will be covered under this rule, legal opinion sought by the CoA was of the view that MPs would be covered under this too. Since Amit Shah was only president of the BJP and not an MP when the matter was last discussed in the CoA, sources say, the matter was not pursued further. But the situation has changed in August when Shah was elected to the upper house of parliament.

The case for this contention is made stronger by the recognition that a position at the BCCI is an office of profit. It is worth recalling that Prime Minister Narendra Modi gave up the GCA presidentship after leading the BJP to victory in the 2014 general elections. 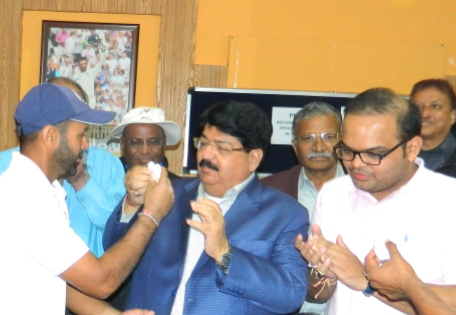 Having their cake and eating it too: Parimal Nathwani, MP, and Amit Shah’s son, Jay Shah, with cricketers. Credit: GCA

Interestingly, Jay Shah has also ridden the wave of his father’s dominance. His elevation to the post of joint secretary in 2013 was smooth, with the incumbent Ashok Saheba asked to step down. The decision remained unchallenged and the younger Shah was smoothly inducted. In recent years, he has also seen his standing grow within the BCCI. This June, Jay Shah was inducted into a seven-member BCCI panel that was asked to analyse the issues which the board finds contentious in the Lodha Committee report. The panel was formed nearly a year after the Supreme Court made it clear that the recommendations will have to be accepted by the BCCI.

Jay Shah’s place in the panel is a result of the Shah dynasty’s dominance in the Gujarat cricket scene.

A former GCA official told The Wire that Amit Shah and his supporters have turned the association into their own personal fiefdom. With national politics taking the bulk of the older Shah’s time, his son essentially controls the association. The Shahs derive their political strength at the GCA from their control of two-third votes at the Central Board of Cricket Ahmedabad (CBCA), the strongest district affiliate of the state body.

In fact, Amit Shah’s rise in the GCA was built on the back of an electoral win in the 2009 CBCA polls and his pre-eminence on his ability to win over detractors. Months after former GCA president and arch-rival Narhari Amin switched parties from Congress to BJP, he became a part of the association’s executive committee in 2013.

In Shah’s time as president, the GCA has undertaken a Rs. 700-crore project to redevelop the Sardar Patel Stadium in Ahmedabad. Once the work is completed, the venue is expected to be the biggest cricket stadium in the world with a capacity of 110,000. Observers maintain that Shah and Nathwani’s presence has attracted funds to the project; it would seem that the fascination with massive sporting arenas runs deep among BJP politicians in Gujarat. Last year, Modi inaugurated a multi-sport venue worth Rs. 550 crore in his former assembly constituency, Maninagar in Ahmedabad. The construction was the result of a public private partnership struck during his time as the state’s chief minister.

The last few years, though, have brought a world of success to Gujarat on the cricket field. The state team has won domestic honours in every format while skipper Parthiv Patel has spoken glowingly of the support provided by the GCA. This represents a remarkable turnaround for Gujarat as the state has not been a contender for trophies in the past.

However, at a time when the country’s cricket administration is being revamped and professionalised, the GCA’s refusal to follow the Supreme Court order is holding the sport back in Gujarat.

(Questions sent to Amit Shah have not yet been answered. The story will be updated once The Wire receives a response.)

Priyansh is a sports journalist and writer