'Please understand, he got a letter of credit, he did not get a loan,' the BJP president told a TV channel on Friday. 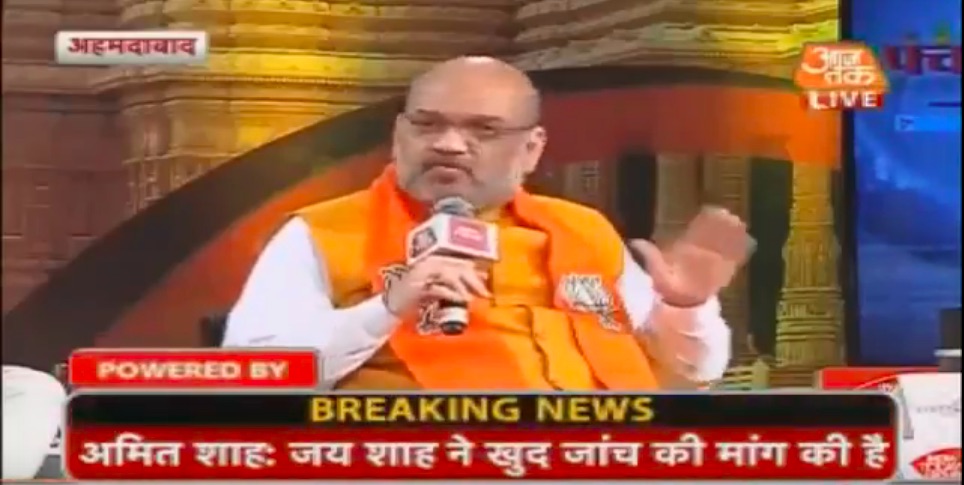 New Delhi: BJP president Amit Shah broke his silence on the swirling controversy surrounding his son, telling the India Today group on Friday that although “no one has levelled allegations of corruption”, the decision to file criminal and civil defamation cases against The Wire for writing about the business affairs of Jay Amitbhai Shah was a sign that he was open to an enquiry.

The BJP leader defended the growth in revenue of one of Jay Shah’s companies, Temple Enterprise, noting that the commodities business was marked by high turnover but low profits and that his son’s firm had lost a crore and half of rupees despite earning revenues of Rs 80 crore. Though this loss was duly reported by The Wire in its recital of the company’s fortunes, Amit Shah claimed that it was not.

Shah said this in response to a question from India Today TV’s Rahul Kanwal at a specially held event, ‘Gujarat Panchayat’, telecast by Aaj Tak from Ahmedabad on October 13.

When Kanwal asked next whether it would have been possible for Jay Shah’s small companies to receive the kind of “unsecured loans and letters of credit they did if he was not Amit Shah’s son”, the BJP president denied there had been any such loans. “Pehle aap samajh lijiye ki letter of credit mila hai, loan nahin mila hai” (‘Please understand, he got a letter of credit, he did not get a loan). Shah then went on to explain how the LC was fully secured against the cash margin and goods purchased.

The ‘letter of credit vs loan’ explanation refers only to the Rs 25 crore borrowed by another of Jay Shah’s companies, Kusum Finserve, from the Kalupur Commercial Cooperative Bank. However, Amit Shah’s denial of any unsecured loan or borrowing by his son’s companies is contradicted by Jay Shah’s own filings with the Registrar of Companies and other official statements for his company, Temple Enterprise Private Limited. 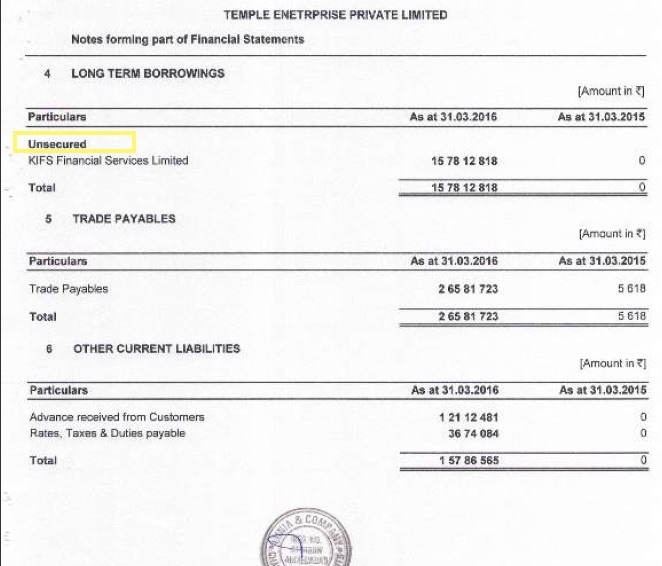 In a reply to The Wire last week, and duly noted in the story published on October 8, Jay Shah’s lawyer had said, “Since working capital facilities were not available to a new business/company, interest bearing Inter Corporate Deposits (ICD) were taken from time to time from KIFS Financial Services Ltd., a registered NBFC, to run this business.”

However, Amit Shah’s unwillingness to acknowledge the reality of his son taking an unsecured loan from KIFS Financial Services Ltd. of Rs 15.78 crore means the question that Aaj Tak said everyone is asking still remains unanswered: How did a small company with little to show by way of track record in the years preceding 2015-16, suddenly manage to make such unsecured borrowings?

The lender, KIFS, is a non-banking financial company promoted by Rajesh Khandwala, in-law of Parimal Nathwani of the Reliance group. The company has had several run-ins with the Securities and Exchange Board of India.