The home minister also said that the Centre will not be changing Article 371 of the constitution, which grants special status to Northeastern states. 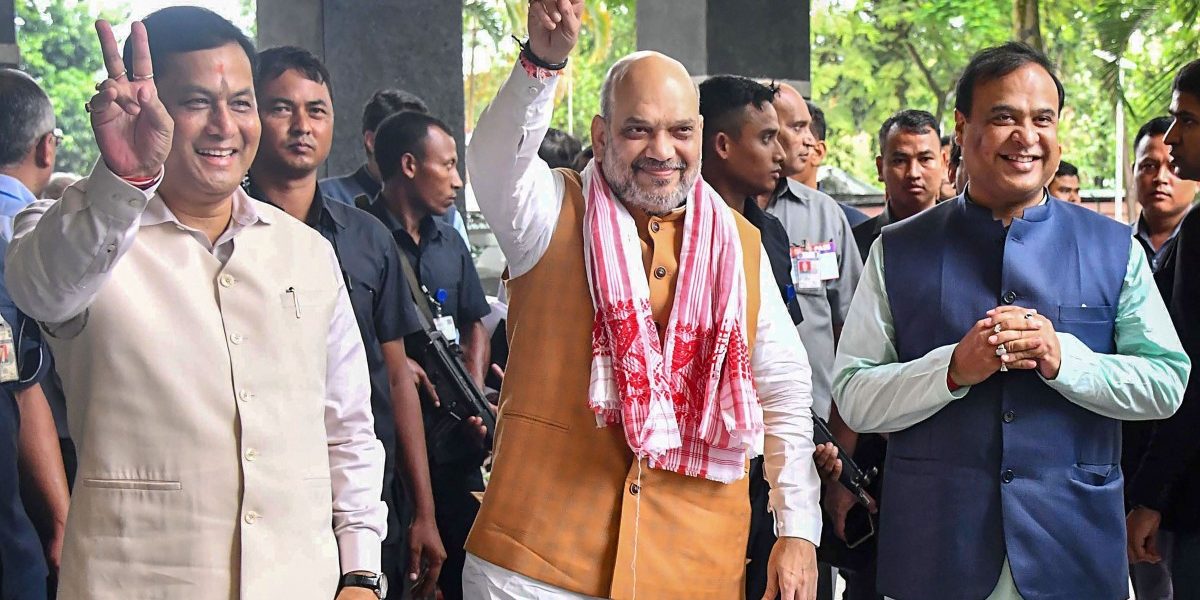 New Delhi: The Centre will “not touch” Article 371 of the Indian constitution that is applicable to the Northeast and “not a single illegal immigrant will be allowed in India”, Union home minister Amit Shah said on Sunday.

After Article 370 was read down in Jammu and Kashmir, there were attempts to “misinform and misguide” the people of the Northeast that Article 371 would be scrapped by the Centre, Shah said in his inaugural address at the 68th plenary session of the North East Council (NEC).

“I have clarified in parliament that this is not going to happen and I am saying it again today in the presence of eight chief ministers of the Northeast that both the Articles are different and the Centre will not touch Article 371,” Shah said.

The idea that Article 370 was temporary, though, has been refuted by several constitutional experts. In a 2018 judgment, even the Supreme Court said that although the article’s title noted it as ‘temporary’, it was very much of a permanent nature.

Most states that have been accorded special provisions under Article 371 are in the Northeast, and the special status aims to preserve their tribal culture.

Shah claimed that there was an attempt to send the wrong message that the BJP-led government would scrap Article 371, and this was done by people who did not want peace in the Northeast or the region to become an engine of development.

On the National Register of Citizens (NRC), the home minister said, “Questions are being raised about the NRC by different sections but today I just want to say this that the BJP-led government is committed to ensure that not a single illegal immigrant enters the region.”

The NRC has also been completed within the stipulated time-frame, he added.

Shah’s visit comes just days after the publication of the final NRC in the state on August 31.

Pointing out that under Prime Minister Narendra Modi there has been a “drastic decline” in terrorism and militant activities, Shah said, “I do not want to quote statistics but the entire country and the world knows that we have been able to control it.”

There are still misguided people who indulge in armed activities but “our minds are open and hands stretched for those who want to lay down arms. For those who want to continue, the governments at the Centre and the state will follow a zero-tolerance policy,” he said.

The people who take up arms are “our own but are tools in the hands of vested foreign forces”, he said.

He further pointed out that border dispute between the different states of the Northeast is a major issue which must end.

“If Indo-Bangla border dispute can be resolved, why not disputes among our states in the region? Rise above border disputes and support each other, so that the region can develop together,” Shah added. “Modiji has given top priority to the development of the Northeast and he was the first prime minister in 40 years to attend a NEC meeting at Shillong.”

“No Congress Prime Minister had attended a NEC meeting and though I do not want to make a political statement but among all the eight Chief Ministers present at the meeting today, none are from the Congress but all are North East Democratic Alliance (NEDA) constituents,” Shah said.

He also claimed that earlier, the Northeast was known for terrorism, drug trafficking, illegal immigration and social tensions but now it is known for development, infrastructure, sports, connectivity and the Look East Policy.