Amidst the Euphoria of Independence, Is the Nation Ready to Converse With Sri Aurobindo?

The ‘spiritual age’ Sri Aurobindo visualised is strikingly different from what present-day proponents of religious fundamentalism talk about with their politics of culture and religion and the stigmatisation of the ‘other’. 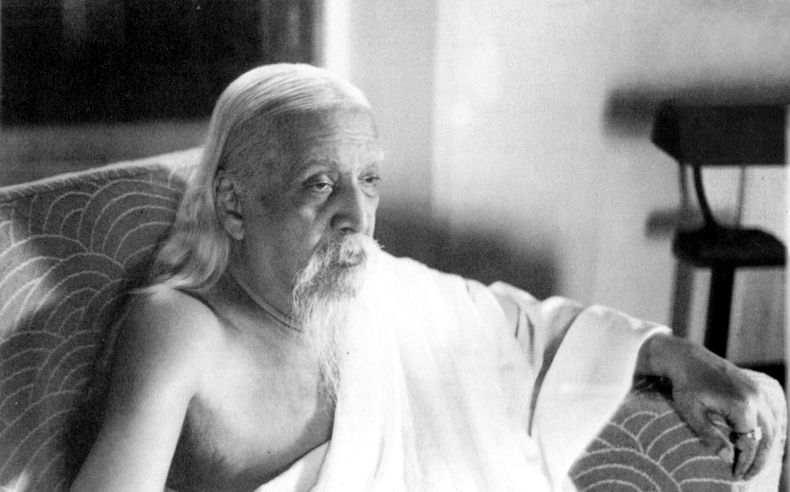 “If a real, a spiritual and psychological unity were effectuated, liberty would have no perils and disadvantages; for free individuals enamored of unity would be compelled by themselves, by their own need, to accommodate perfectly their own growth with the growth of their fellows and would not feel themselves complete except in the free growth of others.”
∼ Sri Aurobindo, The Ideal of Human Unity

We live in troubled times surrounded by loudness – loud religion, loud politics and loud nationalism. Yet, on August 15, as the prime minister delivers his euphoric speech from the historic Red Fort, and as patriotic songs play on radio channels, I strive for something sublime and deep – possibly to free myself from the overplay of loud symbolism of independence. I begin to converse with an extraordinary gifted sage-philosopher Sri Aurobindo who too was born on August 15 in 1872. In the process, I realise that people like us – university-educated and trained in radical Western discourses – often fail to tap our own cultural/philosophical capital to give a counter-narrative, and fight what is going on in the name of Indian culture and religion.

It is always possible to see the limits to what Sri Aurobindo wrote and thought about – the way we say that everyone, be it Marx or Ambedkar, Gandhi or Mao, is incomplete. However, as I wish to indicate in this politico-spiritual article, the insights that we gain from Sri Aurobindo are remarkably illuminating – a fresh departure from the ugly politics of culture and religion we see in these fanatic times.

The meaning of a turning point: from the political to the spiritual

Life, we all know, is not unilinear; it has its puzzling curves and path-breaking turning points. Sri Aurobindo too passed through this complex trajectory of life, and it transformed him. In the age of colonialism when the model of a ‘colonial citizen’ was the educational ideal for the newly emergent English-educated Indians, Sri Aurobindo’s father sent him to England: the site of ‘knowledge’ and ‘power’. With remarkable brilliance and scholarship, Sri Aurobindo spent 14 years in England. But then, he came back. From Baroda to Bengal – Indian experiences began to shape his pursuits and practices.

This English-educated gentleman began to edit Karmayogin and Bande Mataram – the journals that sought to arouse the revolutionary spirit amongst the political class and eager learners. Historians have written about his involvement with the nationalist politics, and subsequently his arrest in the Alipore Conspiracy case in 1908. It was in the prison that he passed through an intense process of inner churning, and this, I believe, led to a major turning point in his life.

His famous Uttarpara speech, which he delivered after his release from the jail on May 30, 1909, revealed the magical power of this turning point: a movement from the political to the spiritual.

“I looked at the jail that secluded me from men and it was no longer by its high walls that I was imprisoned; no it was Vasudeva who surrounded me. I walked under the branches of the tree, I knew it was Vasudeva, it was Sri Krishna whom I saw standing there and holding over me his shade,” said Sri Aurobindo.

With this vision or inner churning, he found his ultimate calling. He began to listen to the voice within: “I am guiding, therefore fear not. Turn to your own work for which I have brought to you in jail and when you come out, remember never to fear, never to hesitate. Whatever clouds may come, whatever dangers and sufferings, whatever difficulties, whatever impossibilities, there is nothing impossible, nothing difficult.”

He left for Pondicherry, and from 1910 onwards a new quest began – immensely meditative and spiritual.

How does one respond to this turning point? Think of yet another turning point when we refer to Mohandas Karamchand Gandhi. From England to South Africa – yes, he did not remain a lawyer. A train journey in South Africa, as his autobiography revealed, taught him the ugliness and brutality of racism. This eventually led to the metamorphosis – from the timid Mohandas to the charismatic Gandhi. Gandhi’s politics was, however, inseparable from his religiosity and spiritual quest. 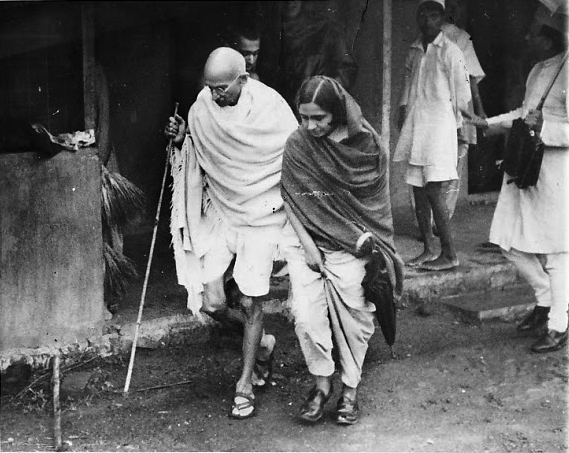 While Gandhi united the political and the spiritual, is it possible to say that Sri Aurobindo separated the two? History poses this question before us, and we need to reflect on it. However, as I wish to argue, even in his spiritual journey never did Sri Aurobindo fail to address to the questions relating to the fate of the nation, its cultural politics, modernity, war, self-determination and human evolution. It was in the Arya – a philosophical magazine – that he began to write extraordinarily illuminating pieces leading to what I would regard as civilisational gifts – The Life Divine, The Synthesis of Yoga, The Foundations of Indian Culture and many other creations. I believe that we could draw a couple of insights from these works, engage with them and evolve refined politico-ethical practices for creating a better society.

On culture and polity

The cultural politics of colonialism is related to its ‘civilising mission’ – the way the West with its enlightenment rationality and expansionist bourgeois revolution sought to ‘rescue’ the ‘decadent/barbaric’ cultures of the colonised from the trap of ‘superstitions and prejudices’. James Mill’s History of British India possibly indicated what Edward Said wrote in his masterpiece Orientalism: the self-perception of the West as a superior civilisation, and its constant gaze and condemnation of the Orient (or fixing it as a locale for Western attention for its redemption) through categories like ‘despotism’, ‘other worldly’ and ‘life negating’.

The process of decolonisation required a creative intervention into this politics of culture – the way the colonial West hierarchised civilisations. Sri Aurobindo’s The Foundations of Indian Culture, I believe, was a response to this political and moral need.  The way he critiqued William Archer’s contemptuous reading of Indian culture and civilisation was remarkable. “An average and typical occidental mind obsessed with the vitalistic rational idea”, as he wrote, could see nothing but despair, passivity and nihilism in Indian culture. However, our culture guided by its religiosity, replied Sri Aurobindo, was neither ‘tiered quietism’ nor ‘conventional monasticism’. Far from denying life, as he elaborated, we accepted the reality of karma and artha, reconciled these human drives with dharma and moksha, and thereby imagined the possibility of a ‘complete/harmonic existence’ that the West’s ‘vehement secular activism’ could never comprehend.

Well, this struggle in the realm of culture was part of our struggle for liberation. To refer to Gandhi again, he did it through his critique of the ‘brute force’ implicit in colonialism, and his creative engagement with the Sermon on the Mount as well as Bhagavadgita . While Gandhi could communicate in folk idioms and come closer to the subaltern, Sri Aurobindo’s solitude and philosophic reading might appear to be extremely ‘classicist’ with its Vedantic and metaphysical connotations. Furthermore, it is also possible to argue that in his elaboration, what was missing was the anguish of the marginalised within our hierarchical social system – say, the way Jotirao Phule elaborated it in Slavery, or B. R. Ambedkar expressed it in the Philosophy of Hinduism.  Yet, what could not be denied was the eternal relevance of his reminder (almost similar to what Ananda Coomaraswamy thought about) that our cultural creations ought to generate a spiritual and psychic beauty, and see beyond the ‘narrow prejudices of the natural realistic man’, particularly at a time when the seductive culture industry of global capitalism dissociates the sexualised body from the soul, and sells gross materialism in the name of ‘realism.’

From social Darwinism to spiritual comradeship

This quest (which we tend to devalue because of our adherence to social Darwinism) enabled him to evolve a sharp critique of what post enlightenment Western civilisation regarded as the ‘Age of Reason’. Yes, in terms of human evolution the power of the intellect or the cultivation of reason has played a significant role. Yet, we are caught into the discontents of modernity. Neither liberal/bourgeois democracy with its competitive individualism nor the state-centric socialist machine with its totalitarianism could help us. Do postmodernists help us? Or do they take us to yet another kind of chaos with nihilistic relativism? Think of Sri Aurobindo’s point of departure. Reason, he said, neither is the first principle of life, nor can be its last, supreme and sufficient principle.

Only with the awakening of love, he wrote in The Human Cycle, is it possible to realise “the spiritual comradeship which is the expression of an inner realisation of oneness.” Only then, as he added, is it possible that “the true individualism of the unique godhead in each man finds itself on the true communism of the equal godhead in the race.” In a way, a sense of meaninglessness has haunted the modern secular age (or to use, Nietzsche’s words, a world in which God is dead). From the neurosis of Sigmund Freud’s conflict-ridden man to the absurdity of Albert Camus’s ‘outsider’ – we notice the absence of life-enchanting love. And the postmodern fascination with deconstruction does not seem to have an answer. In Sri Aurobindo, as I feel, we see the rising sun coming out of the darkness of night.

In a way, this quest is a quest for further human evolution, or towards ‘ascent and integration’ – from physical to vital to mental to psychic/spiritual stage of human consciousness. His intense philosophic/spiritual prose in The Life Divine narrates the significance of this evolution towards the ‘spiritual age’. And it is at this juncture that I wish to assert once again that the ‘spiritual age’ the sage-philosopher visualised is strikingly different from what these days the proponents of religious fundamentalism talk about with their ugly politics of militaristic nationalism and the stigmatisation of the ‘other’. In a way, a quest of this kind, I believe, has to be compared with John Lenon’s rhythmic lyrics, Erich Fromm’s ‘communitarian socialism’ and even Karl Marx’s celebration of a world in which love becomes a ‘living expression’ of man.

Are we ready for a dialogue with him?