Interview | Current Regime Has No Regard for the Poor: Amartya Sen

Ultimately the lack of democracy has a very strong connection with the way that equity is dealt with by the government and how much interest people get when the government thinks about their problems, the Nobel laureate said. 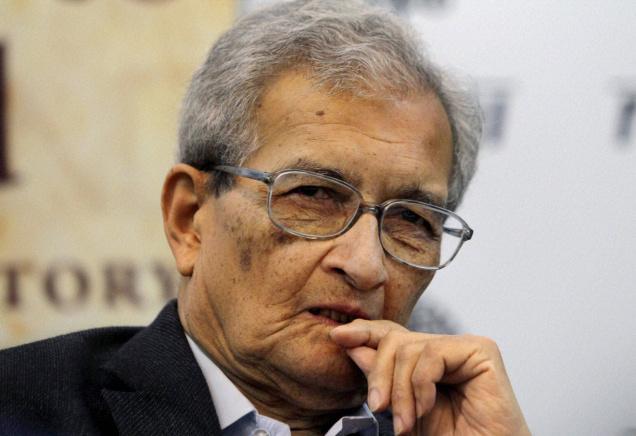 In an exclusive conversation with Mitali Mukherjee, Nobel laureate Dr Amartya Sen said India must think about how events have proceeded in the last decade. He said it has been exactly in the opposite direction of building democratic values – it is weakening of democracy and not strengthening. And that is bad in terms of allowing economic equity to be dissolved and mishandled without there being a remedial political process.

Sen also asserted that the Unlawful Activities (Prevention) Act is extremely bad for individual freedom as it allows for people to be arrested where there is no crime or enough to indict them in court, but they are kept in prison on grounds they ‘could’ do something wrong.

He said that it was unfortunate that India has been independent for 75 years, yet the perpetration of inequity continues. Ultimately the lack of democracy has a very strong connection with the way that equity is dealt with by the government and how much interest people get when the government thinks about their problems. Sen spoke about these events in the backdrop of his recently released memoirs, Home in the World.

Speaking about the last two years and prolonged school shutdowns, Sen said he was very worried about the future of young schoolchildren, not just because of the pandemic and the last two years. He pointed out that the schooling system in India has been so defective that even when there is no pandemic, the system doesn’t deliver what it should.

“Things taught now are extremely regimented and we are hearing of extraordinary lapses towards true knowledge. In education, we need freedom, but if these are guided by nationalism rather than pride in the art of say mathematics, I think you’re making a big mistake. That problem has been present in a big way and it increased over the last decade. We need an education that provides scope for independent refection. School shutdowns and lack of teachers because of COVID are certainly problems, but they are not our only problems,” he said.

The renowned economist also came out sharply against the rampant use of UAPA by the Narendra Modi government. He likened the situation to the British days, when his uncles were in jail on grounds of preventive detention, not because they had done anything wrong but that they could do something wrong. Sen said, “I didn’t expect that to continue in India but it does. Earlier with Congress and now more and more with the present regime. The use of UAPA is not only bad for individual freedom but it is also bad for understanding what education should consist of and what democracy means.”

Also read: As 2022 Begins, Make No Mistake That an Epistemic Shift Is Underway

He added, “UAPA allows for people to be arrested on grounds where there is no crime or enough to indict them in court but they are kept in prison on grounds they could do something wrong. Unfortunately India has been independent for 75 years and threat perpetration of inequity continues. Ultimately the lack of democracy has a very strong connection with the way that equity is dealt with by the government and how much interest people get when the government thinks about their problems. You were mentioning COVID, when there was a lockdown, suddenly people were told they couldn’t go out of their home. For daily labourers not to go out is like an order to starve. Similarly for migrants from Bihar for instance, if they can’t go anywhere, they would like to go home, they couldn’t.”

“Underlying that is the question, why is it that it didn’t get as much attention as it should have? And that would happen when the interests of the poor are not prominent in the political process, which points to a lack of democracy. We have to think about how the way the country has proceeded in the last decade or so is exactly in the opposite direction – it is weakening of democracy and not strengthening. And that is bad in terms of allowing economic equity to be dissolved and mishandled without there being a remedial political process.”

Sen said a large part of the problem was the Central government’s complete disregard for the very poor and their needs. He said it was a dangerous portent for the slide we are witnessing in democratic principles: “It is very difficult to get the attention of the governing people on the interests of the very poor. They don’t have the power to attract their attention. When the democratic process is weak, this is even more the case. The democratic process is very weak at this time and it is something in the interest of everyone in the country to try and remedy.”

On the slide in democratic values and democratic institutions, Sen said a multi-party democracy is very important but the question to consider is, why. If there is one party, it can do what it likes in parliament and can make the legislature most powerful over the judiciary and other institutions. He explained, “In courts, we have had varying experiences. We have to think about the importance of democracy for the executive and the judiciary. And we must look at the role of institutions. If the executive begins to wield power in an unbalanced and unjust way, it makes a big difference. Unfortunately many institutions even in the Congress rule had limitations. The first country to ban Salman Rushdie’s book was India. There have been injustices even earlier but they went dramatically up when these institutions were taken over by the functioning of the Central government. When that happens independence suffers, education suffers, the ability to talk about social political and economic rights suffer.”

“The bottom of the scale, the Dalits and the tribal community go through a terrible time and all these lead to a heaping of inequity and injustice over each other. We must change that. We have to some extent been able to maintain some of the freedom – in my state West Bengal for example. There is a certain amount of power the democratic process has. And yet, as you point out the Electoral Commission has been accused for not doing as much as it could, for organising election dates according to the convenience of one party and not all. So we live in a system which is not totally bankrupt. You are right in pointing out we must be concerned about them. Which is why I believe the question of democracy is central to everything; economics, education, social justice. And the situation has in many way deteriorated.”

On the question of ‘political leadership’ versus the success of people-led movements like the farmers’ agitation, Sen said, “I think we need both. When there is a problem, we first have to know what it is caused by – that requires intelligent analysis and investigation. On top of that, we need to take action and the question arises, what is that action and how will it come about. Also, do we need leadership and where will that come from? We would be very lucky if the judiciary does that and sometimes it does do that. Other times it has been lamentably a failure.”

“There is also the potential of action through public agitation, when it suggests that we are not doing what we ought to do. I am also a believer that people cannot ever be changed if there are some who are being narrow-minded or majoritarian and treating minorities badly. I think that is a very unfortunate thing to happen. But we still have reason to demand that the narrow minded majoritarianism shouldn’t survive. Quite often, it is not even majoritarianism because the ‘Indian’ that we have known over the years has indicated the majority of India has not been oppressive about the rights of minorities. Hindus, Muslims, Sikhs and Christians have lived together for hundreds of years without great difficulty. A majority can be constructed which is inspired by ideas of equity and justice in a way that Gandhiji or Rabindranath Tagore have tried to suggest.”

Also read: If Modi Was the Star of Biden’s Democracy Summit, Why Are His Followers Wrecking His Image?

“Farmers and other groups have organised themselves to protest this, but when the democratic process starts to hinder, that could be a big threat to economic equity. I am not just saying that there is one solution, we need many things – but among them, the lack of democracy and the ability to take a reasoned decision, these play a part. The other thing is that so many of these problems occurred under the British Empire. We are repeating so many of their fatal mistakes.”

The Nobel laureate, who has been considered the doyen of welfare economics, said he remained an optimist about India’s future. “I am proud of being an India and the ability of different groups to talk to each other. Ashoka wrote about that in inscriptions. When in Rome heretics were being burnt, here in India Akbar was able to lecture on the need for state to have an equitable attitude towards religion and that there should be no interference. We have seen a lot of that interference lately, in fact even suggesting that some members of a community are particularly disfavoured. When that happens, the court has a responsibility to do something, the opposition should have the power to comment to it.”

“I think it is ultimately a question of equality involving not just economics and income and wealth but also political and social power and not social discrimination against one group. These are part of the process of remedy that we need. India has every reason to be proud of many things that happened in the past. But when instead of taking pride we try to do the opposite, we are not being loyal to history and not being loyal to India. I have retained my Indian passport because I am proud of being an Indian, what we stood for and what we can stand for. Instead of that pride when we see this demeaning discrimination, I have to stand up. Even though at 88, I am weak, I believe I must stand up. And so should I believe everyone in India. It is part of our responsibility and duty as the inheritor of an extraordinarily rich tradition.”