They are demanding special constitutional safeguards for the region under the Sixth Schedule. 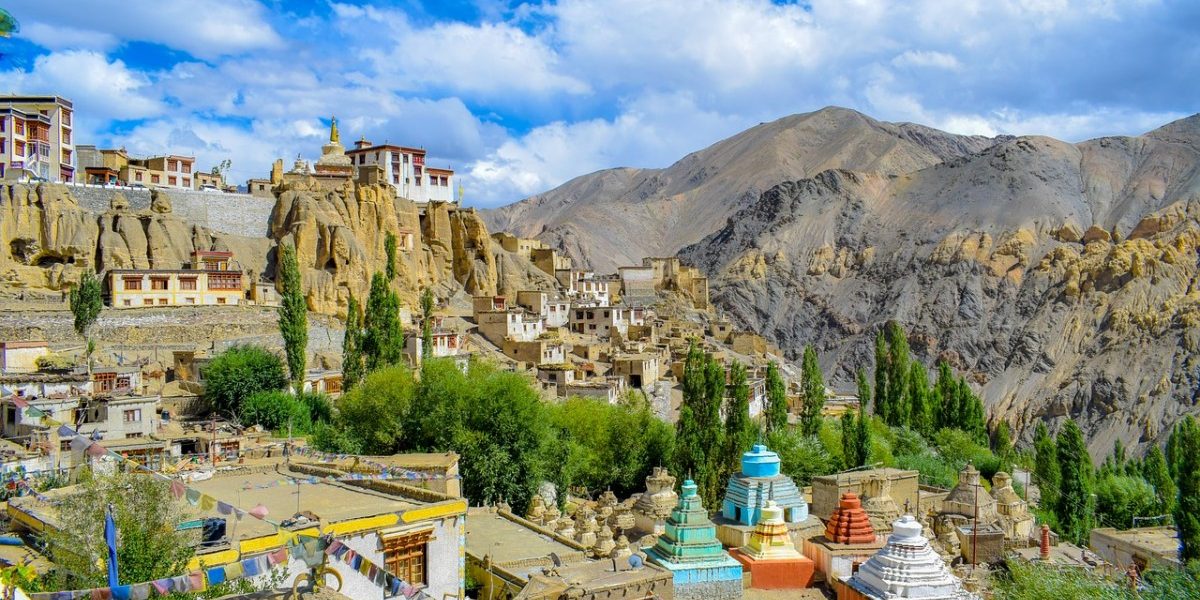 Srinagar: In an unexpected move which could have larger ramifications, all political and religious bodies in the Buddhist-dominated Leh district of the newly carved out union territory of Ladakh have unanimously decided against participating in the upcoming hill council elections over their demand for bringing the region under the ambit of provisions of the Sixth Schedule of the Constitution.

The groups are demanding constitutional safeguards to protect the region’s demography, land and jobs. The development, coincidentally, comes at a time when Ladakh has gained global attention due to skirmishes and a face-off between Indian and Chinese troops in the region.

Interestingly, the ruling Bharatiya Janata Party is also a signatory to the declaration announcing a boycott of the elections to the district’s highest elected body. The demand is likely to put the BJP-led Central government in a tight spot. It will be interesting to watch whether the party can afford constitutional safeguards to Ladakh, or will treat it at par with J&K by only offering it a domicile law.

In a joint statement, a body comprising veteran political figures of the region, representatives of political parties like the Congress, Aam Aadmi Party and BJP, and leaders from different religious groups have unanimously decided to boycott the electoral exercise.

“The Apex body of People’s Movement for 6th Schedule for Ladakh, unanimously resolved to boycott the ensuing 6th LADHC Leh election till such time the constitutional safeguard under 6th schedule on the line of Bodo Territorial Council is not extended to Ladakh and its people,” reads the joint statement signed by 12 leaders.

The group was formed in August this year, when all major political and non-political groups joined hands to demand safeguards for the region.

The signatories of the resolution include Thupstan Chewang (former Lok Sabha MP), Skyabje Thiksey Khampo Rinpochey (former Rajya Sabha MP), Chering Dorjey Lakrook (former minister), Nawang Rigzin Jora (former minister) and others. The most powerful religious group, the Ladakh Buddhist Association, is also a signatory of the resolution. It also has the support of minority groups like Anjumani Moin-ul-Islam, Anjumani Immami and the region’s Christian community.

BJP’s district president for Leh, Nawang Samstan, is also a signatory of the resolution. “Our district unit supported the resolution due to public sentiment for the demand,” Samstan said .

Former chief executive councillor of Leh, Rigzin Spalbar, told The Wire that anything less than Sixth Schedule of the Constitution would be construed as an attempt to saffronise the Ladakh region. “We are merely 300,000 people. We are a minuscule population with a huge area. It will take very little time to change demography of the region. We are not demanding something which is outside the Constitution of India,” he said.

Spalbar, who first mooted the idea of an election boycott, said that they reject a domicile law on the lines of Jammu and Kashmir. “We completely reject the domicile law, as it is a window for allowing outsiders to settle in,” he said.

Former minister in the PDP-BJP government of erstwhile state of J&K, Chering Dorjey said the people of Ladakh have been alienated by BJP’s apathetic approach over the last one year.

The poll boycott call comes after the election schedule for the Ladakh Autonomous Hill Development Council, Leh, wa announced. The polls for 26 seats of the Council will take place on October 16.

The poll boycott call has raised questions on New Delhi’s August 5 decision to read down Article 370 and reorganise the erstwhile state of Jammu and Kashmir into two union territories.

Kashmir was largely seen as separatist, while Ladakh was an “Indian” constituency. Post August 5, there is a sort of convergence. Both now have separate all-party outfits. Both are feeling out of place in the current political context, political observers believe.

It is worthwhile to mention that a six-party alliance in J&K has also been formed to demand the restoration of Article 370 and statehood.

According to observers, Ladakh’s poll boycott call “is a message to those who welcomed the domicile law”.

“The domicile law is specious. Beneath the veneer emerges the stark reality that there is no protection for the indigenous inhabitants of the erstwhile state. Those welcoming it need to ponder and learn a lesson from the Ladakh leaders who are under no circumstances willing to trade their rights,” one said.

What is the Sixth Schedule?

The Sixth Schedule consists of provisions for the administration of tribal areas in Assam, Meghalaya, Tripura and Mizoram for the preservation of land rights, socio-cultural and ethnic identity of natives.

In September last year, the National Commission for Scheduled Tribes (NCST) wrote to home minister Amit Shah, recommending that Ladakh be declared a tribal area under the Sixth Schedule.

“The Commission, after careful consideration, recommends that the Union Territory of Ladakh be brought under the Sixth Schedule of the Constitution… Accordingly, NCST chairperson (Nand Kumar Sai) has written to Home and Tribal Affairs Ministers conveying the recommendation,” the body said.

It further said this will help “democratic devolution of powers, preserve and promote distinct culture of the region, protect agrarian rights including rights on land and enhance transfer of funds for speedy development of the region”.

In December last year, the Centre hinted that the UT may not be brought under Sixth Schedule of the Constitution.