All Illegal Immigrants to be Evicted Before Next General Election, Says Amit Shah

'Should these intruders be evicted or not,' Shah asked his election gatherings. 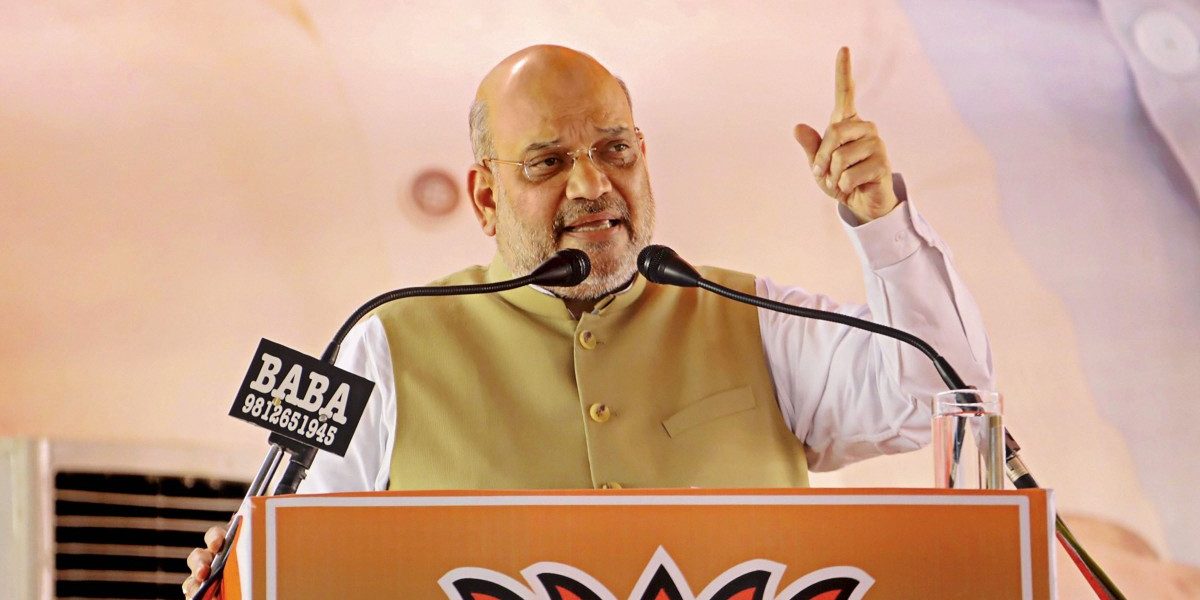 Amit Shah at a campaign rally in Haryana. Photo: PTI

Kaithal/Loharu/Meham: In Haryana for campaigns ahead of the state polls, Union home minister made a pitch he has often favoured, especially for the election — he said that every illegal immigrant in the country will be sent ‘home’ before the next parliamentary election.

His promise, however, stands at distinct odds with a promise made to Bangladesh prime minister Sheikh Hasina by Prime Minister Narendra Modi that the former had nothing to worry about the Assam National Register of Citizens exercise, indicating that India was indeed not planning on ‘sending home’ men and women deemed ‘illegal’ by the NRC.

Referring to the row in Assam over the NRC, Shah said, “For 70 years, these intruders have put a question mark on our security. The BJP government is committed to evicting all of them from country through the NRC.”

Once again, Shah’s advocacy of the Assam NRC in Haryana is at odds with his own party’s line in Assam, where leader Himanta Biswa Sarma has distanced the party from the NRC, citing that several Hindus have been excluded from it.

“Should these intruders be evicted or not?” Shah steadfastly asked the gathering, accusing the Congress and its local candidate and senior leader Randeep Singh Surjewala of opposing the implementation of NRC.

“Ask the Congress people why they opposed the triple talaq (bill) and scrapping of Articles 370 and 35A. Why are they opposing the NRC?” he said.

Shah, for his part, has always vouched for the NRC as long as a particular demographic was left out. He recently promised in Bengal that all refugees except Muslims will have space in India.

“When we come again to seek your votes in 2024, I want to say before then we would have evicted every single intruder from this country,” he said at Kaithal.

The BJP president also tore into the Congress, accusing its leaders of seeing the shastra puja performed by defence minister Rajnath Singh on India’s first Rafale fighter jet as a farce.

“For the opposition, it was a ‘tamasha‘. It is not their fault. They know more about Italian culture and have less information about Indian culture, the BJP president said in Loharu,” he said.

He said the Congress and other dynasty-based parties are eating into democracy like termites .

Shah also said no previous government had dared to scrap Jammu and Kashmir’s special status, but the Narendra Modi government acted in the first session of Parliament after coming back to power.

“We expected to get the support of all parties in this because it was not the BJP’s job, but related to the country’s security,” he said, singling out the Congress.

He said there was a feeling among people in the country that Jammu and Kashmir was not fully integrated into the Indian Union, with Articles 370 and 35A acting as stumbling blocks.

He said several soldiers from Haryana had sacrificed their lives over Jammu and Kashmir.