Another 'Gau Rakshak' Attack, This Time in Aligarh

The police have arrested five people for the illegal slaughter of a buffalo, but no case has been registered against the assaulters. 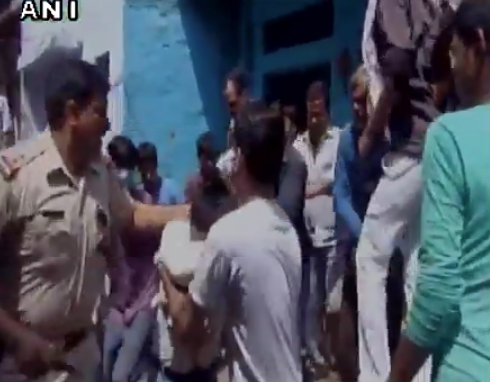 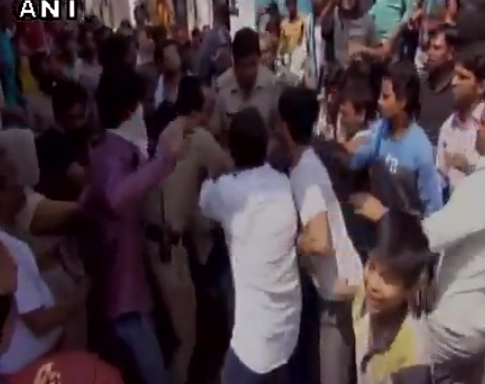 No case has been registered against the assaulters yet.

Aligarh: According to a PTI report, gau rakshaks thrashed five people who were allegedly caught slaughtering a buffalo illegally inside the premises of a private dairy in the Gandhi Park area of the city. However, the Indian Express reports that one man was beaten up by locals, while five people were arrested by the police in relation to the incident.

An ANI video shared by many news media organisations shows a man being thrashed even as he is being escorted by the police.

#WATCH: Man thrashed by locals for allegedly slaughtering a buffalo in Achal Tal area of Aligarh (UP), 5 arrested, investigation on. pic.twitter.com/ENmX7Bd91l

PTI reports the local police as saying dairy owner Kalu Baghel decided to sell one of his buffaloes after it stopped giving milk. Imran, a cattle trader, agreed to buy the buffalo only if Baghel allowed him to slaughter the animal in dairy premises.

Imran and four butchers were apparently in the process of slaughtering the buffalo when the blood of the animal oozed out of the gates of the dairy and was spotted by some bystanders.

A huge crowd soon gathered and began thrashing those slaughtering the buffalo, PTI reports the police as saying.

Following the incident, the police took Baghel, Imran and the four butchers into custody for carrying out illegal slaughter. However, no case has been registered against the assaulters. The officer in-charge of the Gandhi Park police station said an investigation into the matter is ongoing.

This incident is the latest in a series involving self-proclaimed gau raksha activists who have felt it fit to take the law into their own hands. The crackdown on illegal slaughterhouses initiated by UP chief minister Adityanath, the passing of a law that makes cow slaughter punishable by life imprisonment in Gujarat and other measures of ‘cow protection’ have only fuelled such attacks by cow vigilantes.

In early April, Pehlu Khan – a 55-year-old Haryana resident – died just days after he and four others were attacked on the Alwar highway in Rajasthan for transporting cows.

In another incident last month, three men transporting buffaloes were allegedly beaten up by vigilantes near the Kalkaji metro station in south Delhi, just two days after five people, including a nine-year-old girl, were attacked by gau rakshaks in the Reasi district of Jammu and Kashmir.