Propaganda and the Construction of Empathy

Unless we find genuine human empathy, as opposed to the politically manufactured kind, we will be easier victims of propaganda.

People stand in lines outside an ATM. Credit: Reuters/Files 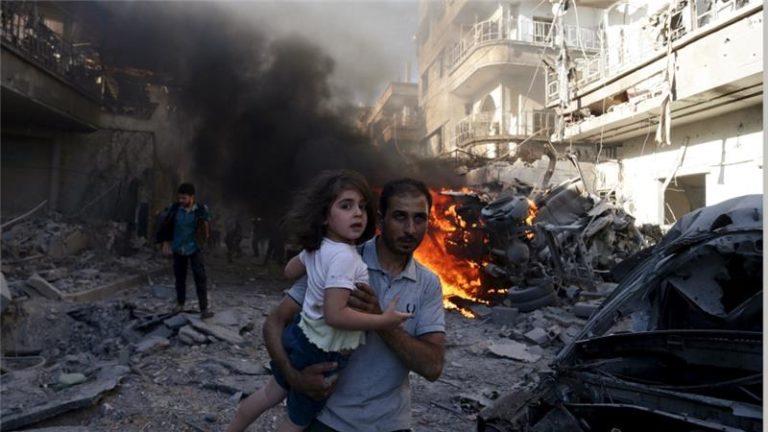 A man carries a girl as they rush away from a site hit by an air strike Credit: Bassam Khabieh/Reuters/Files

Two events of the last month vividly exemplified how empathy is constructed by politics – the fallout from demonetisation and the mayhem in Aleppo.

The outrage at human suffering on platforms ranging from Twitter to the UN were often more informed by political convictions rather than moral ones. As the fall of Aleppo seemed near, CNN belatedly went into overdrive, with gruesome footage of death and destruction that testified to Russian and Syrian state brutality. Russia Today, on the other hand, claimed that the outrage was ‘manufactured’ and painted the victims as terrorists and their proxies.

Never witnessed before, even in the Cold War days, this was a surreal juxtaposition of respective state propaganda relayed live by the instruments of the two global superpowers involved in a high-stakes geopolitical conflict. Genuine empathy, like truth, became an inevitable casualty of war. Russian media focussed on civilian deaths from bombs in regime-controlled West Aleppo, while the Western media remained transfixed by outrages in the rebel-held east.

This epic clash of narratives, unfolding in the last days of a year when the most prominent word was ‘post-truth’, over a ground situation already shrouded by the usual ‘fog of war’, meant that there was no agreed upon conception of reality and hence no consensus on the guilty party. In the absence of a clear guilty party, the world was consumed by a vague mix of an impotent anger tempered with cynicism and indifference.

Far from Aleppo, the most effective communicator in Indian politics embarked on one the most ambitious propaganda attempt in, possibly, democratic history. Having bungled on weeding out black money and having caused unforeseen havoc, Prime Minister Narendra Modi essentially sought to weave the narrative that cash was deliberately wrenched from the citizenry to make them go cashless which would be a good thing for the country. The party of minimum government and private enterprise employed language that echoed the radical social experiments of Mao and Pol Pot. 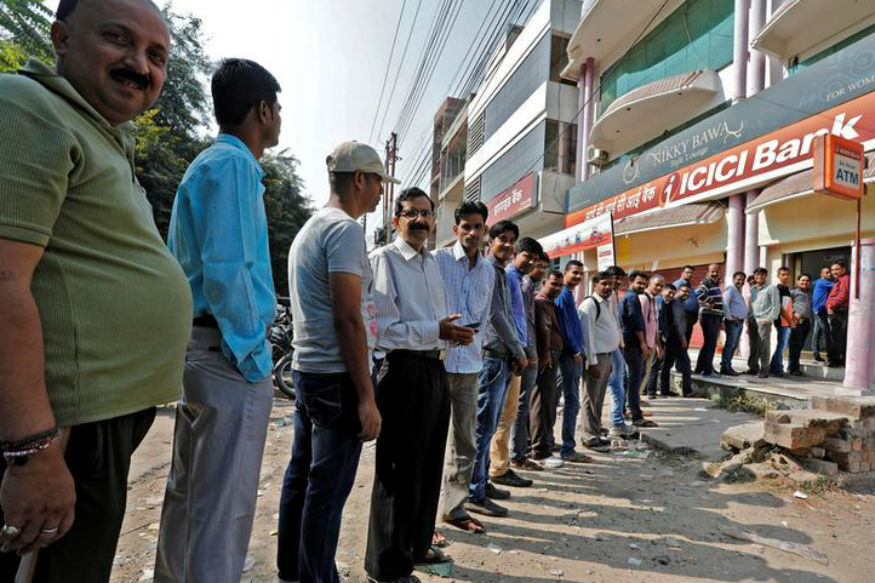 People stand in lines outside an ATM. Credit: Reuters

Former RBI governor Bimal Jalan called the cashless idea, 50 years ahead of its time, but – historically speaking – constructing utopias has been one of the most effective propaganda tools. In this propaganda battle over black money, the inestimable suffering of ordinary Indians was dismissed variously as temporary, manufactured, overblown and the ubiquitous ‘minor inconvenience’. It is a testament to the strength of government propaganda, and perhaps the personal credibility of Modi, that almost a hundred deaths and millions of dislocated jobs haven’t succeeded in demolishing its narrative, much to the surprise of the Economist which commented that in any other country this havoc would have resulted in the collapse of the government.

Like every war, the government’s ‘war on black money’ had its share of disastrous consequences, but then once you have convinced yourself you are on the right side of a war, consequences matter little. Suffering gets transformed into pious sacrifice demanded by the nation and opposition is framed as a sign of corruption if not downright treachery. And like every war, political convictions come in the way of genuine empathy, even as class differences of the plastic-happy chattering classes blunt their human identification with the suffering poor.

Social media and the proliferation of news media channels, of varied stripes, will continue to polarise debate as there are in-built monetary incentives geared towards hype and dramatisation in the competitive rush to garner eyeballs and clicks. This increasingly means not only a sharp disagreement in terms of political positions, but even a sharp disagreement in terms of objective reality. Depending on your political convictions, you either believe there are a hundred deaths attributable to demonetisation or you believe there are actually none (because correlation is not causality); you either believe that the White Helmets (the Syrian volunteer rescue group) are contenders for the Nobel Peace Prize or you believe they are actually terrorist collaborators; you either believe that helpless civilians were butchered by a brutal regime or you believe that barbaric terrorists were defeated by the civilised Syrian state.

Genuine human empathy, as opposed to the politically constructed one, can help bridge these seemingly irreconcilable differences – provided there is an agreed upon conception of reality. Failing that, the post-truth world might soon also morph into a post-empathy world.