By Quitting as MP, Akhilesh Shows the Fightback Against Modi Must Begin From Lucknow

Both in personal and political terms, the decision to stay put in Lucknow rather than to chase the illusion of ‘national importance’ in New Delhi bespeaks the making of a new leader.

Arguably, the significance of Akhilesh Yadav’s decision to give up his Lok Sabha seat in favour of his membership to the Uttar Pradesh Legislative Assembly (from the Karhal constituency) extends well beyond the boundaries of his state in the electoral battle against the rampaging saffron bandwagon. Both in personal and political terms, the decision to stay put in Lucknow rather than to chase the illusion of ‘national importance’ in New Delhi bespeaks the making of a new leader.

After the spirited fight the Samajwadi Party (SP) put up against the combined might of the Narendra Modi-Yogi Adityanath machine under his leadership, it must necessarily be inferred that Mulayam Singh’s son has become his own man. When in 2012 he was anointed the chief minister of Uttar Pradesh, Akhilesh Yadav was not entirely out of his father’s shadow, nor could he afford to ignore his not-so-benign uncle, Shivpal Yadav. Perhaps that was Akhilesh’s political karma. He has been made to pay for the “sins of his father”.

When it all began in the late 1980s, Mulayam Singh’s political persona and ambitions could have found an expression only in an assertive caste idiom, because that was the only way the social order – groaning under the domination of the upper castes – could be confronted and dislodged. Mulayam Singh did mobilise the middle and lower castes and the numbers but could not – perhaps did not even bother to – enlist the Hindi intelligentsia in the cause of his Lohiaite socialist orientations and inclinations.

And, when the resulting social churning demanded that everyone had to choose between “Mandal or kamandal“, Mulayam Singh made his choice and was greeted with the derisive salutation of “Maulana Mulayam”. It was this trope of denigration that was to be used later by Narendra Modi in his 2002 Gujarat campaign, when he coined the code word “Mian Musharraf” to deadly effect.

Since Mulayam Singh is the original political enemy for the Hindutva crowd in Uttar Pradesh, it was only natural that his son should have been so systematically targeted by the Modi crowd in the just-concluded campaign. Akhilesh got bruised but it can be safely presumed that the son has now sufficiently settled his father’s debts. Time to move on and not to remain bogged down in the yesteryears’ entanglements and missteps.

Also Read: Only AAP Understands the Challenge Posed by BJP and Knows How to Fight It

Because Uttar Pradesh remains so crucially central to the Modi-Shah political dominance, it is only by challenging the Hindutva crowd in this akhara that Akhilesh can possibly hope to become the catalyst for re-alignment of democratic and progressive forces for the 2024 Lok Sabha battle. But it is incumbent that the cart must not be put before the horse.

The Akhilesh Yadav that was on display in the campaign came across as an unflamboyantly serious and sober politician. And, now he has served notice that, unlike the Gandhis, he will not return to the cozy comforts of an easy and low profile. There is much more to political leadership than merely winning or losing elections. Politics, in the end, is a clash of ideas about how society ought to be organised.

The central purpose of politics is to work for – whether in power or not – a fair social and economic order. Those who find themselves out of power have the obligation to critique, protest, challenge and confront the official orthodoxy and administrative highhandedness. This task must be undertaken diligently, dedicatedly and joyfully, day after day, week after week, and year after year. Every time Yogi Adhiyanath’s Uttar Pradesh conducts new experiments in political unreasonableness and bureaucratic dadagiri, it is the SP’s sacred duty to articulate the people’s grievances and anxieties.

Akhilesh will necessarily have to make UP his karmabhoomi (land of action). To begin with, the SP must ensure that the Modi-Yogi regime does not dilute the scheme to provide free rations. Rather, the Samajwadis should be demanding that the scheme be deepened and extended for all. Having won an impressive victory on the back of this emergency measure, forced by the COVID-19 pandemic, the BJP cannot be allowed now to listen to ‘rational economists.’ It is important that Akhilesh’s SP builds up a consistent record of standing up for the lower social order and for fairness and justness in political space. 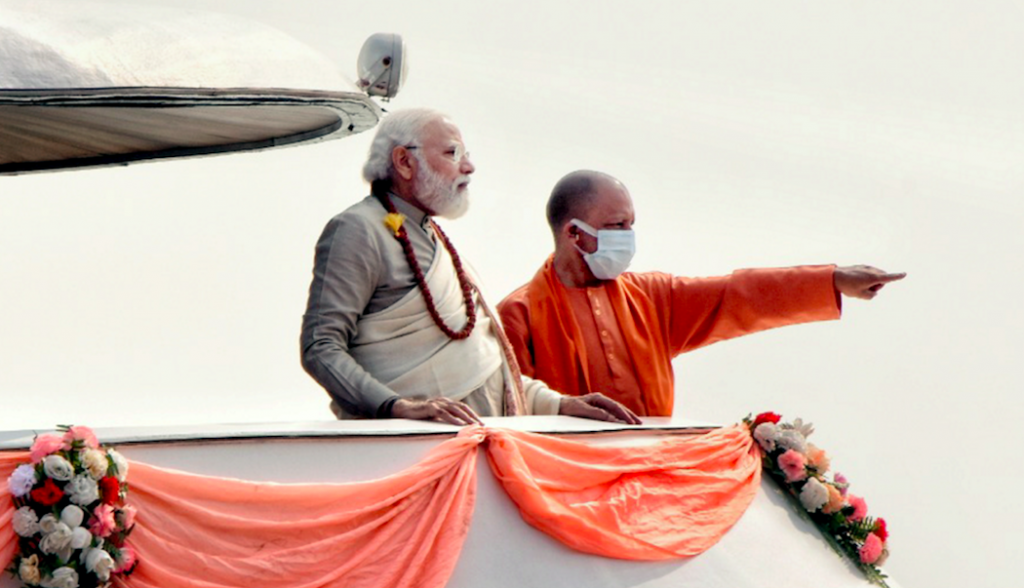 Akhilesh will need to recognise the elephant in his political drawing-room: the success of Hindutva groups in marginalising Muslims, a core SP voter group. He will also need to deal imaginatively with the perception that his party was ignorant of the stern demands of ‘law and order’ – a code word for being indulgent to the Muslims, who as per the Hindutva narrative, are the only source of insecurity and anxiety in the society at large. Over the last two decades, the right-wing has succeeded in positing a connection between the Muslims and the undefined yet unsettling ‘terror’ threat.

The SP chief has his task cut out for him: find words, idioms, language and arguments to (1) give hope to the Muslims that they have a place of dignity and self-respect under the Indian constitution; (2) raise his voice whenever the minorities are unfairly targeted; and, (3) isolate and dilute the appeal of the radical and extremist voices among the Muslims. This will require both political maturity and clarity of purpose; short-cuts and expediency do not pay in the long run.

Above all, Akhilesh should not be in a tearing hurry to market himself as the alternative to Narendra Modi. As prime minister, Modi will have the inherent advantage of kneading in ‘national’ issues and concerns into local battles; prudence and common sense demand the BJP be stranded and defeated in one state after another state. Deny the BJP the comfort of a political bank balance in the largest state, its national project instantly becomes a wobbly undertaking.

The Aam Aadmi Party and Arvind Kejriwal have already shown in Punjab how the BJP can be rendered a toothless tiger. It would be reasonable to expect that the AAP leaders would want to replicate their performance in Punjab in Himachal Pradesh and Haryana; and, they must be applauded and encouraged to do so.

Maharashtra, West Bengal, Tamil Nadu, Kerala, Andhra Pradesh, Telangana and Odisha are already out of the BJP sphere of influence. If the Congress can get its act together in Gujarat and Karnataka, it will help redraw the nation’s political map.

But it is from Lucknow that the message must go out that resistance has begun.