Interview | Amit Shah Should Resign Because of My Acquittal: Akhil Gogoi

In a candid interview to The Wire, the activist-politician speaks about his future plans and what has changed in the 18 months during which he was in jail. Akhil Gogoi at the Raijor Dal office, a few hours after his acquittal. Photo: Gaurav Das

Guwahati: A few hours after his acquittal by a National Investigation Agency (NIA) court on Thursday, Akhil Gogoi organised a press conference at the office of Raijor Dal, the political wing of the Krishak Mukti Sangram Samiti (KMSS), the peasant organisation which Gogoi headed until he was put behind bars for 18 months on multiple charges filed both by the Assam Police and the NIA.

The Wire caught up with him after his press conference. In the interview, Gogoi shared his candid thoughts on his political future and on how he plans to battle the BJP juggernaut both in New Delhi and in Dispur. Edited excerpts from the interview follow.

You have spent 18 months behind bars, fighting one case after another. but in the end, you prevailed. How, in your opinion, were these months used by your nemesis the BJP?  Are you planning to do something to make up for the time you have lost?

I feel and think that the 18 months that I have spent behind bars have been utilised adequately by the BJP to its advantage. There are three historic episodes or events which occurred during my time in jail. Firstly, the BJP completely tamed the anti-Citizenship Amendment Act (CAA) agitation, which had been so successful in mobilising people from different strata of Assamese society. Secondly, the BJP came to power in Assam again, in 2021. And thirdly, the BJP amplified all anti-jatiyotabadi (ethnic sub-nationalist) activities. To compensate for those 18 months, we [Raijor Dal] need to fight the fascist force that is the BJP/RSS and its agenda tooth and nail. We need to envision certain things and bring our best to this fight.

You have called both the BJP/RSS and the All-India United Democratic Front (AIUDF) as communal forces. How do you plan to chart a middle course so as to reach out to both the state’s minorities and the majority community?

The BJP is a communal fascist party and the AIUDF is a communal fundamentalist party. It is clear. The first step towards democratisation in Assam would be to overthrow these two political parties. The first and foremost duty would be to remove these two political parties from Assam’s socio-cultural aspects and ingrain or infuse a new liberal democratic political atmosphere. Minorities are bound to go with the AIUDF. This is not because they (the minorities) love the AIUDF. They have no option, and so when we stand as a political party that will be totally and truly secular, democratic and progressive, it will be then that all the minorities will march with us.

Thursday’s verdict acquitting you was historic and has highlighted the importance of an independent judiciary. You are among the activists who have been vocal against the BJP and then were jailed, by being labelled as ‘Maoists’ or ‘Naxals’. Sudha Bharadwaj, Stan Swamy and the others arrested in the Elgar Parishad case are still languishing in jail. What do you have to say to them as you now stand vindicated?

Do you think Thursday’s verdict acquitting you could be used as a precedence in future cases relating to sedition and Unlawful Activities (Prevention) Act (UAPA)?

I feel, think, and believe that the verdict has set a precedence. The judgment which acquitted me could play an important role in acquitting the other activists who have been put behind bars on similar charges.

First, you were an RTI activist, then a peasant activist, a bête noire for both the Congress and the BJP in the state. Now you are an elected representative. So, who is the real Akhil Gogoi now?

I am the one and only Akhil Gogoi who is an MLA, a politician, an activist, a father, and a husband. A democratic Akhil Gogoi. I am always striving for the consecration and preservation of democratic ideals and principles. This is the same style I have adopted at home. I never try to dominate over my wife or son. There was a recent controversy in Assam because my wife does not put the vermillion mark on her hairline as a mark of a married woman. I have never forced my wife to adopt my surname nor have I asked her to put the sindoor mark. She is an independent person. Every woman should be independent. I feel that my son, my party, my home, and others should remain independent and democratic entities or individuals. My party will maintain the democratic spirit and we will hamper no one. All the members of our party will remain independent. Whether Akhil Gogoi the MLA, father, son, husband, or activist, all roles are equal. 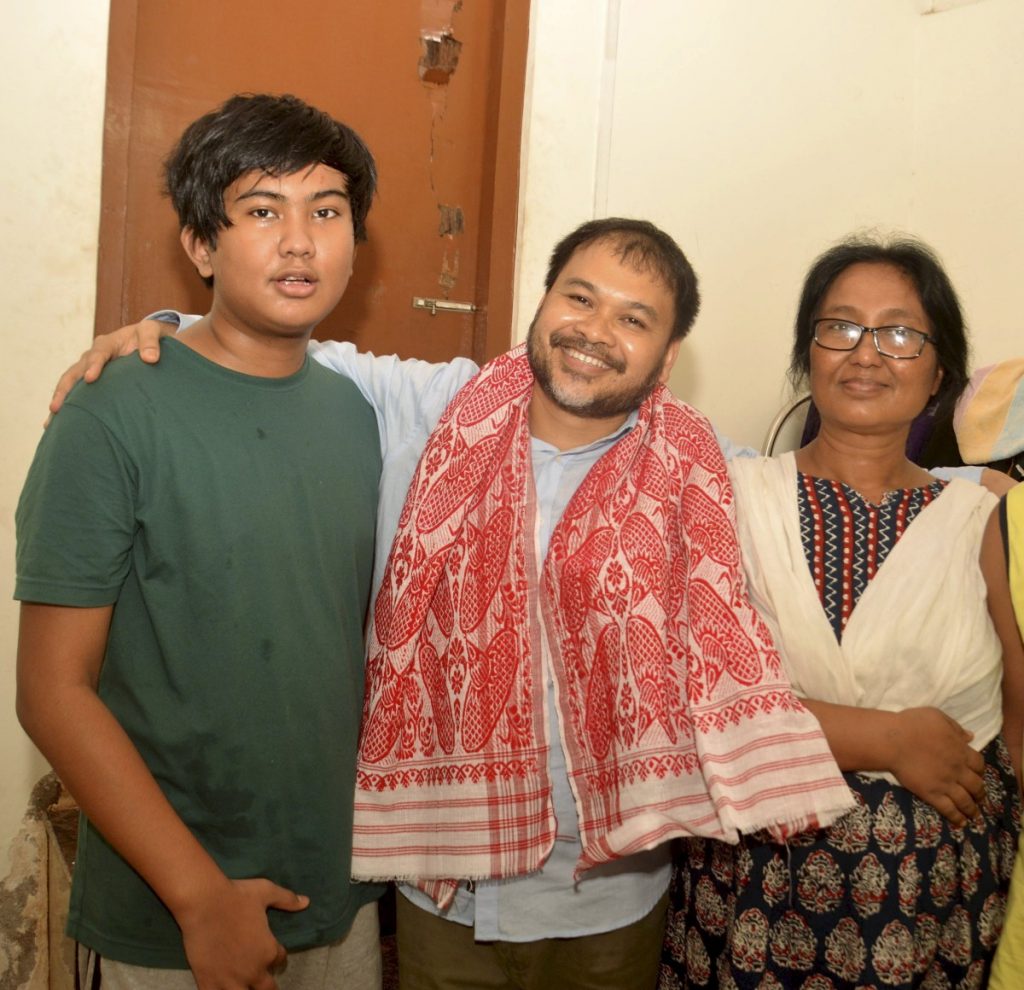 MLA Akhil Gogoi with his wife and son after an NIA court granted 2 day parole to him on humanitarian grounds, in Guwahati, Friday, June 25, 2021. Akhil Gogoi was arrested on December 12, 2019 for his alleged involvement in anti- CAA protest. Photo: PTI

What is your take on the current scenario in Indian politics?

There is an undeclared Emergency in our country. The intensity of the declared Emergency of 1975-77 is not less than the undeclared Emergency that we are witnessing now under Prime Minister Narendra Modi. He is trying to transform India into an undemocratic, regressive, autocratic, and fascist state. We cannot allow this to happen. So, whether I am incarcerated or shot at, I will always keep on challenging this dream of Modi to convert India into a fascist state. Assam, as of now, is being ruled by a government that is autocratic and undemocratic, and the most corrupt man in Assam is at the helm of affairs.

Would you like to rate Modi’s handling of the COVID-19 pandemic?

Modi has completely failed in the handling of the pandemic. The BJP was unable to control or manage the pandemic, it was unable to make any concrete arrangements for the migrant labourers, and it was unable to efficiently manage the vaccination process. These factors have proved that Modi is only good when it comes to speaking and showcasing his oratory skills. I think he is a big zero. He cannot plan and can only order, fails in delivery.

I want to challenge this autocratic regime and it is from Assam that I would like to streamline this agitation against the BJP’s fascist moves. Another aspect that I feel that Modi is a big zero is due to the unplanned lockdown that left India’s economy on tenterhooks. To reverse this economic downward spiral will take at least 50 years. The Modi regime is doing nothing to revive the economy, and instead only taking advantage of the lockdown and the pandemic to concentrate India’s wealth and capital in the hands of a few capitalists and corporates. India’s future generations will never forgive Modi.

Do you have any message for Prime Minister Modi, Union home minister Amit Shah and Assam chief minister Himanta Biswa Sarma as a man acquitted of all charges brought against you?

I think after Thursday’s verdict by the NIA court, Union home minister minister Amit Shah should resign because he and his ministry handled all the NIA and UAPA cases. After this historic verdict from the Guwahati judiciary, I think he should go, along with the director-general of the NIA. The same stands for chief minister Himanta Biswa Sarma. They should all resign. 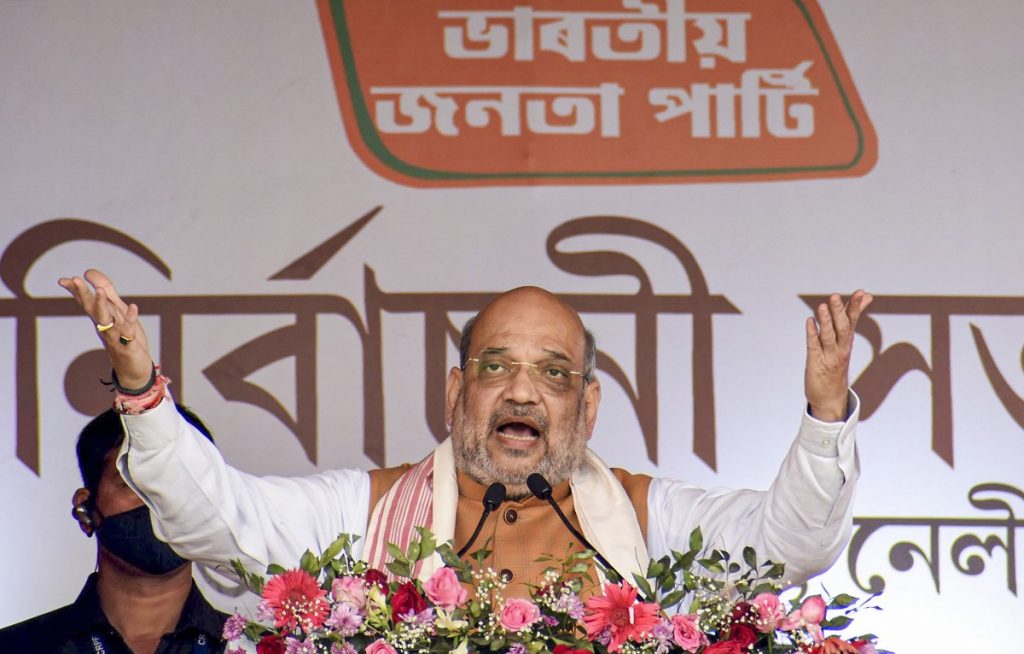 Raijor Dal is your brainchild. How do you plan to groom this party?

Within one year, we should strive and work towards streamlining all the branch, booth, district, region, and constituency committees. And after that, the onus will be on strengthening to make it one of the strongest political parties of Assam. This is my mission for one year.

You spoke about making the Sivasagar district, which is your own constituency, a UNESCO World Heritage Site. Earlier, attempts both by the Congress and the BJP failed in making either the culturally significant Majuli island or the Charaideo Maidam of Ahom royalty as prospective UNESCO heritage sites. How do you plan to approach it?

Sivasagar was the seat of the Ahom dynasty. But we are not preserving the monuments the way they should be. I will strive to preserve all the archaeological sites, to beautify the places and will try to get it declared a heritage city. First of all, in the coming budget session, on July 13, I have already requested the speaker to allow me to put a proposal that started working on a proposal that Sivasagar should be declared a heritage city. I will proceed step by step on the matter.

About Majuli, the river island should have been studied scientifically to maintain its originality and to develop infrastructure. Nothing of this sort was done. The island’s cultural, geographical, and ethnic uniqueness were all overlooked and previous regimes only wanted to show it as an island. But Sivasagar is different. It can be compared to Jaipur, Ahmedabad, Hampi and other cities which are considered heritage cities.

You had taken part in the movement against corruption in Delhi out of which the Aam Aadmi Party  (AAP) was born. Now you have a political party too. Will you get in touch with AAP which is also fighting BJP in Delhi?

I will definitely talk to two political parties. One party will be the Trinamool Congress and the other is AAP. Arvind Kejriwal is my friend and so is Manish Sisodia. After talking to them, I will talk to Mamata didi.

Has the Congress’s loss in the recent polls in Assam left a vacuum?

I think the Congress made a historical mistake in Assam by joining hands with the AIUDF. They (the Congress) had a historic chance to overthrow the BJP in Assam. But they committed a blunder and lost.

You have been imprisoned by both the Congress and the BJP. Is there any degree of difference between the two?

The BJP is autocratic, and Congress was undemocratic. When I compare Congress with the BJP, the former is more democratic. It is the lesser of the two evils. 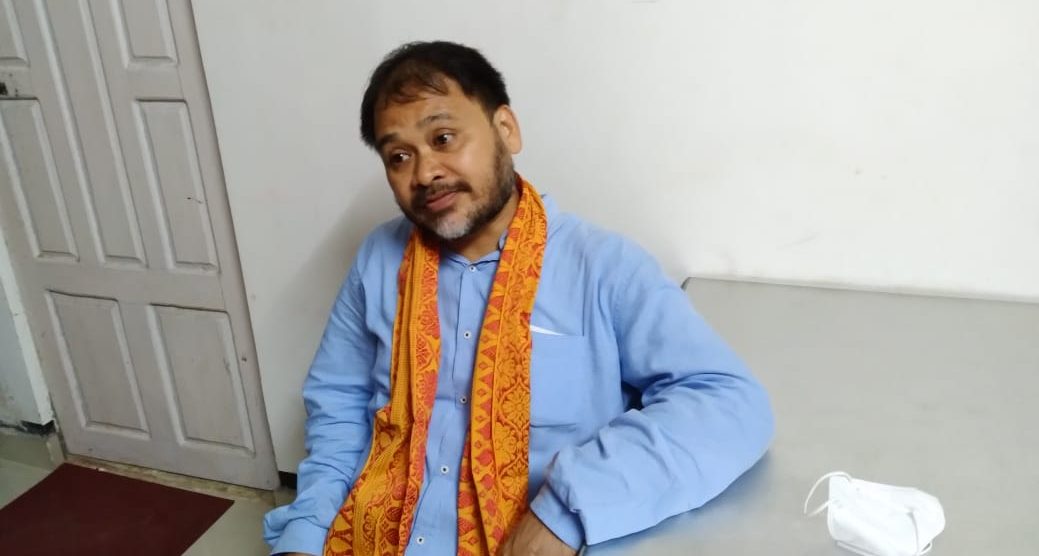 Sarma, two months ago, explicitly stated in the assembly that you were mentally not sound. Do you plan to take any legal course to challenge what he had said?

Sarma, as a chief minister and a former health minister, should be educated by doctors and by social scientists that nobody can declare a person a mental patient. He behaved like an ignorant person but I have excused him.

What do you have to say to those people, especially local celebrities who had joined the anti-CAA bandwagon during the agitation but months later, abandoned their stand and joined the BJP instead?

I believe that until and unless one does not understand a particular agitation, one should refrain from joining a movement. Without understanding what ideology means or signifies or even aligning to one, then it is futile to join any particular agitation. If someone wants to resonate or reverberate the common peoples’ voices, one should have ideals. If you do not have ideological qualities or traits, then please do not pretend to have such traits.